World Cup 2022: Germany against Japan – the voices of the game 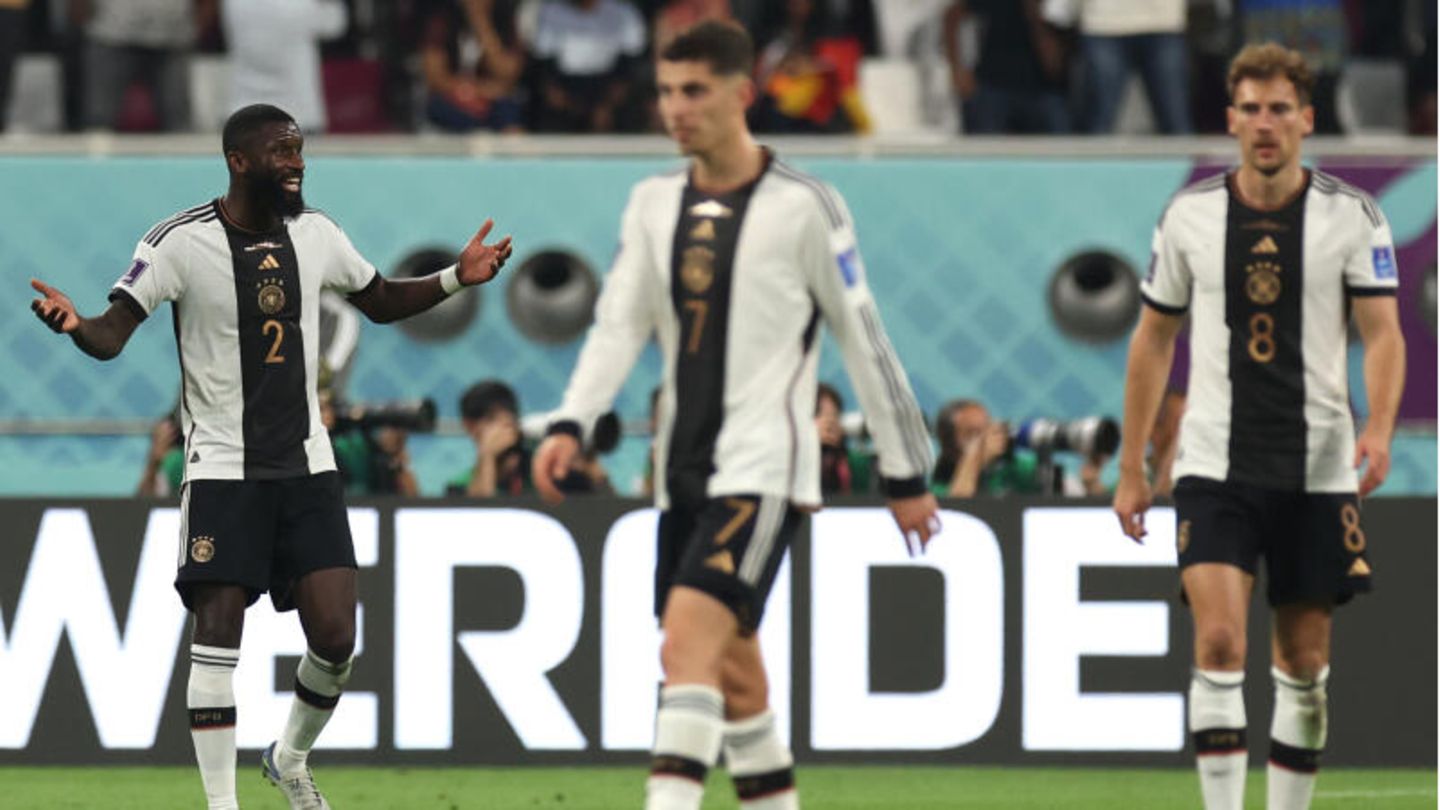 The start of the World Cup was a complete failure for the DFB-Elf. It looked so good for a long time. The team has to admit defeat to the “Samurai Blue” from Japan with 1:2. That’s what the actors say.

The tournament for the German national team could hardly have started more bitterly. In a turbulent opening game, the DFB selection Japan had to admit defeat 1:2 despite being superior at times. The players expressed their affliction afterwards.

These are the stadiums for the 2022 World Cup

“We made it too easy for them, just the second goal. I don’t know if an easier goal has ever been scored at a World Cup. That can’t happen, we’re at a World Cup here. We dominated the game as much as possible, Manu did saved us once in the second half, that’s what we got him for. […] How the goals came about – that just can’t happen to us.”

“There was also a bit of a lack of conviction with the ball: that you hold the ball, that you move, that you offer yourself. Especially in the second half we increasingly relied on long balls. The short balls that we played we just lost too. There was a feeling that not everyone wanted the ball.”

Manuel Neuer: “We made the opponent strong”

“We didn’t defend well until the end […] We didn’t have the composure to play out the back, we should have played more tempo – as was the case in the first half. That’s why you’re losing here.”

“If we had had a better game up front, more confidence… It wasn’t really a risky game for us – we made the opponent strong. If you don’t pass with a message forward, the tit-for-tat comes back. We have that inflicted on ourselves.

“It’s a huge disappointment for us, we’re frustrated. It’s hard for me to understand just after the game how we could let that slip.”

Thomas Müller: “Now we have the salad”

“If we concede two goals from the 75th minute, I don’t think we were super dominant in the last quarter of an hour. But I don’t know how they saw the game beforehand – I had the feeling that we were the whole time was on the trigger.”

The debate away from the pitch was less decisive, said Müller. “If you look at the first half, we put it through well. […] If you play a game like that, you often emerge victorious – but neither I nor the team can buy anything for that. We have to deal with it now.”

You actually wanted to give yourself the pressure before the game against Spain. “But now we have the salad,” concludes the Bayern professional.

DFB-Elf in the individual criticism: too many players slip up, two make the biggest mistakes

“It’s a brutal disappointment – not just for me, but for the whole coaching staff. […] You just have to say: In terms of efficiency, Japan clearly beat us.”

“In the end it was also the individual mistakes that simply shouldn’t happen,” admits the national coach. The coach does not go into detail that according to Bastian Schweinsteiger, Leon Goretzka was disappointed with his bank role at the beginning. Rather, you have to see the whole team. “We have some things to make up for.”