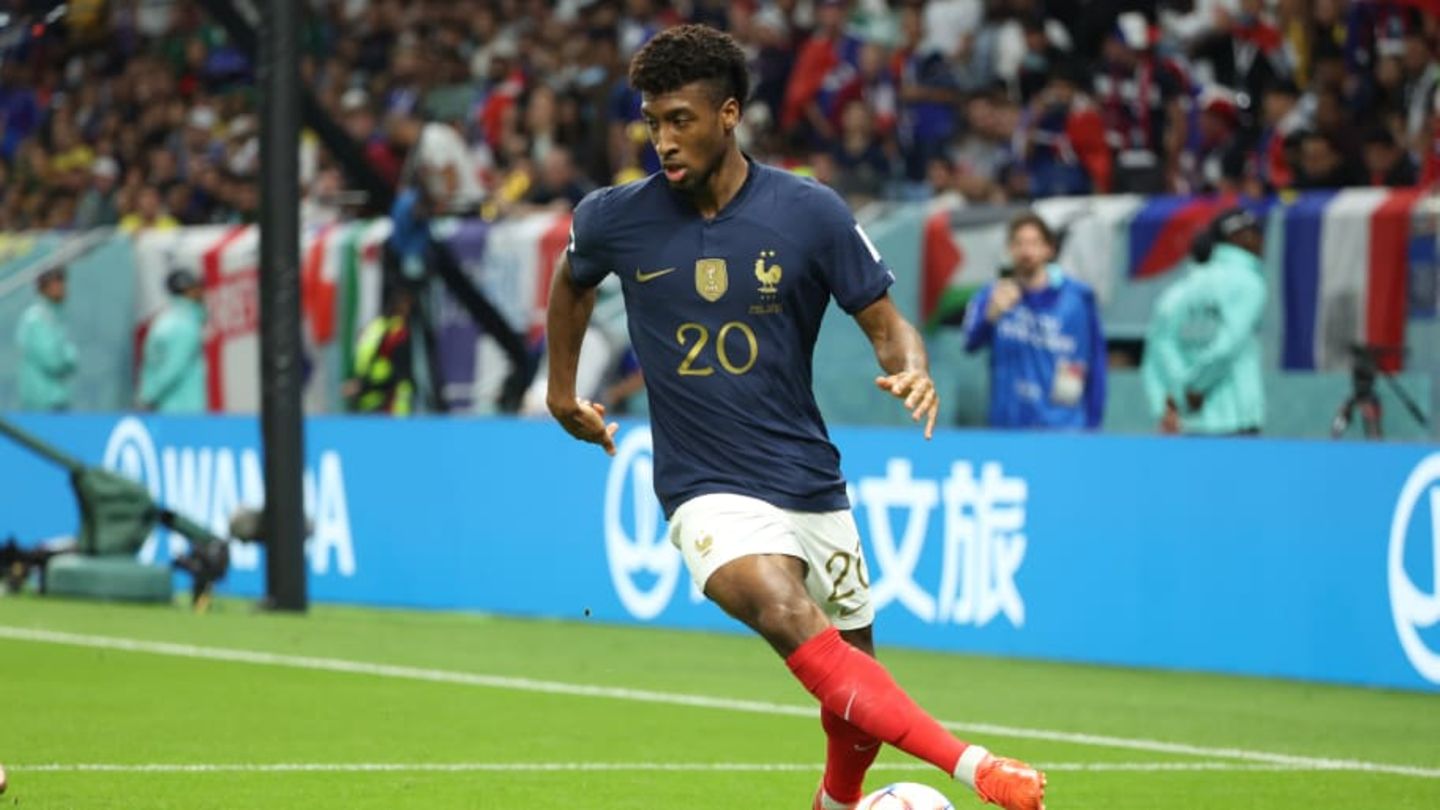 Kingsley Coman complains about muscular problems. He is the third Bayern Munich player to be worried about injury at the World Cup.

FC Bayern already had a long-term absence to complain about around the World Cup. Even at Noussair Mazraoui there is still no clear all-clear. Instead, there are now slight worries at Kingsley Coman.

FC Bayern will probably no longer be able to rely on Lucas Hernandez this season. The defender tore a cruciate ligament early in the French national team’s first game. An injury from which the affected players usually suffer for about half a year.

There are also concerns for Noussair Mazraoui, who also seemed to have problems. A major injury doesn’t seem to be an issue, but there hasn’t been a clear all-clear yet.

Instead of good news on the injury front, there are more worries for Munich: Kingsley Coman didn’t survive the first group game without problems either.

The French L’Equipe according to the winger complained of slight muscular complaints on Thursday. As a result, he was unable to complete the training session. After the warm-up program, he was already drawn back into the dressing room while his teammates unwound the normal program.

Still, however, this should only be a precautionary measure. Injury doesn’t seem to be an issue yet. The coaching and medical team seemed to act more according to the motto ‘better safe than sorry’.

France’s next appearance is on Saturday night when they face Denmark. It will be correspondingly important for Coman to be able to complete the usual program on Friday.

Everything about the World Cup and FCB at 90min: