Tense exchange between Mexican fans and an Argentine: “English is spoken in the Malvinas” 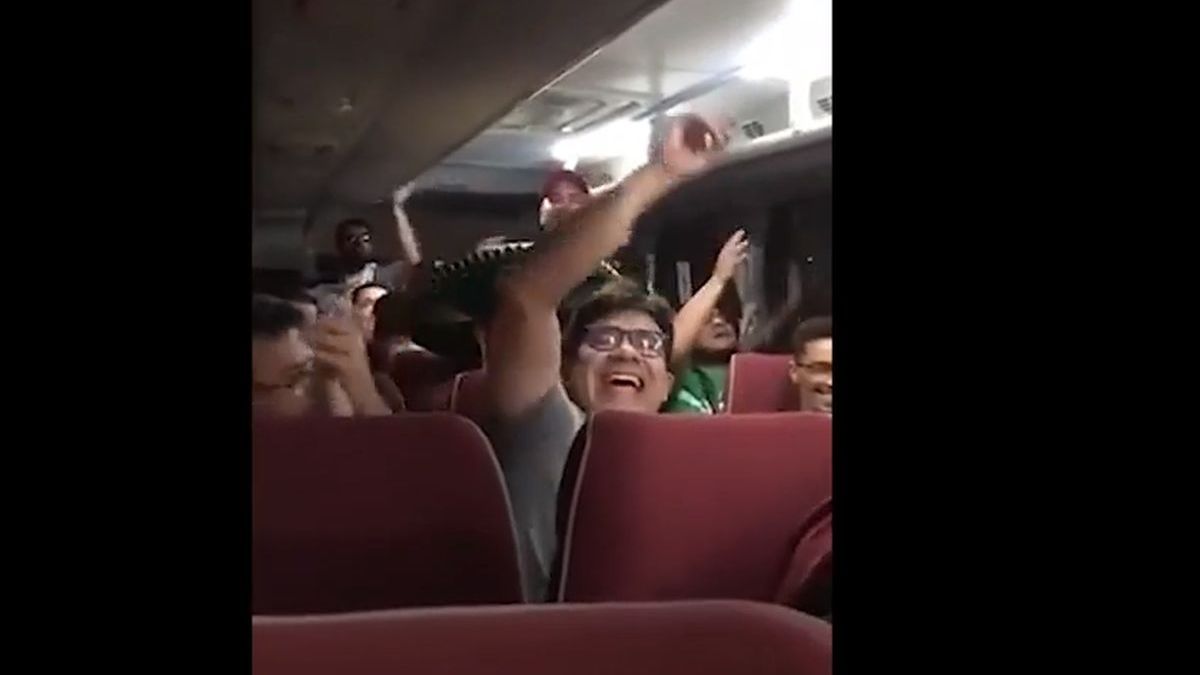 It is that to the acts of violence that have already been experienced between both parties, in the last hours a video was added that went viral about a reprehensible song by the fans of the Tri for the country and the claim for the sovereignty of the Islands Falklands.

“In the Malvinas, English is spoken,” the people from La Tri can be heard singing, making reference to the fact that the inhabitants of the Islands are English and not Argentine.

The event occurred in a bus in which Argentine fans were also traveling. One of them reacted front and responded. “No, not one more. I allow you all. Not that one,” he said in front of the Mexican fans, who responded by taking their jokes in another direction.

The optimism of their partiality surpasses the negative background against Argentina for the World Cup, since the three games they played were in favor of the “Albiceleste”: 6-3 in Uruguay 1930, 2-1 in Germany 2006 and 3-1 in South Africa 2010.

The Latin American crossing acquired a knockout character in the competition, after Argentina’s surprise defeat against Saudi Arabia (1-2) and Mexico’s draw against Poland (0-0) on the first day.

This Thursday also supporters of Argentina and Mexico they staged a pitched battle in the streets of Doha days before a key confrontation between the two teams for the second day of Group C, in which the future of both in the Qatar 2022 World Cup will begin to be defined.

The events occurred on the outskirts of the Al Thumama Stadiumwhere last Wednesday the match between Spain and Costa Rica, which ended with the historic 7-0 win by those led by Luis Enrique.

In addition, in a bar in the area there were also clashes between sympathizers and several people suffered injuries.