“Diego is immortal!”: Maradona was honored in Qatar two years after his death 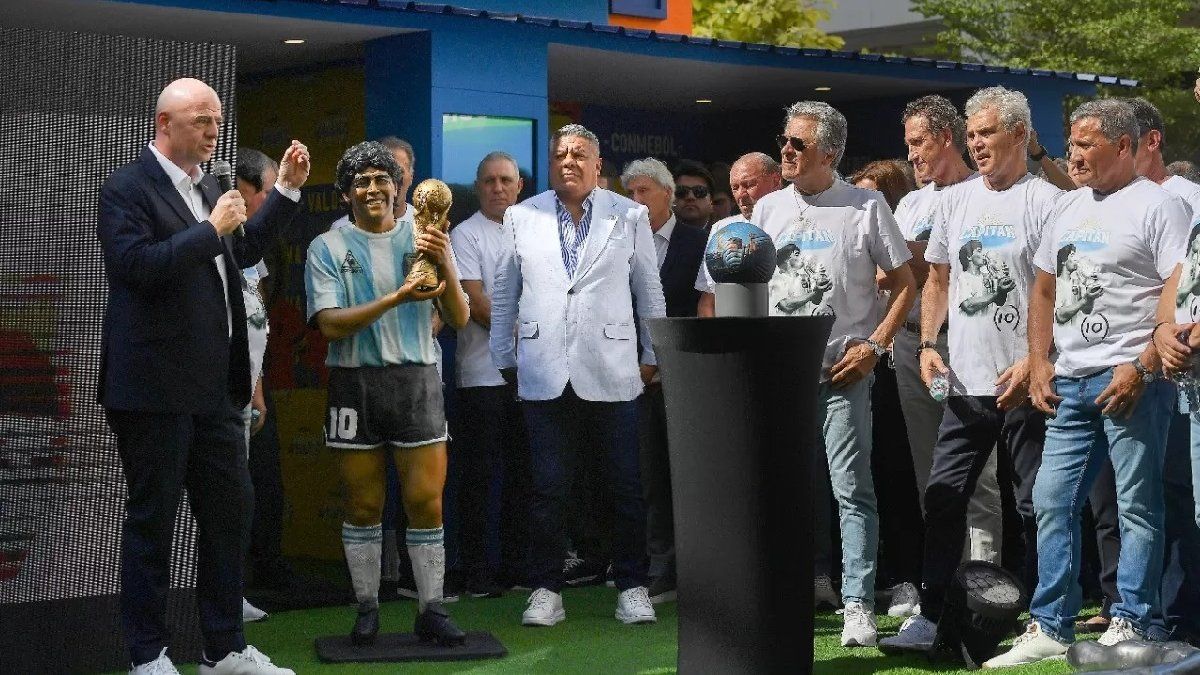 “Diego belongs to all of us and we should remember him with joy, because if he has left us anything it is a debt of happiness”he assured in his speech Jorge Valdanoone of his classmates, direct witnesses of his rise in the World Cup in Mexico 1986when he led the “Albiceleste” to its second and last star.

“He came to the World Cup with a purpose, to be the best in the world and he exaggerated from the beginning to the end. Like the great masters of painting, he sketched until he completed his most marvelous work against England”added Valdanoremembering the unforgettable so much that Maradona He scored against the English in the quarterfinals, starting from his half of the field and dodging rivals until he beat peter shilton.

“From that day he became a hero, a legend, a symbol, and that is why we are here remembering him”concluded the current commentator on a television channel in Spain.

Valdano for the occasion wore a T-shirt with the image of Maradona kissing the world Cup in 1986, with the word “Captain” and the number ’10’, just like all the 1978 champions did (Fillol, Kempes, Bertoni, Villa, Larrosa Y Tarantini) and 1986 (Ruggeri, Pumpido, Burruchaga, Giusti, Batista, Borghi, Tapia Y Hector Enrique) present at the event, held this Friday at the ‘Tree of Dreams’, the space in the center of Doha that conmebol dedicated to the history of South American football.

For his part, Enrique He also expressed himself about the former Argentine captain: “Diego is football. I don’t miss him because he is with us every day. I have no doubt that Diego dribbled to death but on the other side of the dribble were Doña Tota and Don Diego, his old men, and he preferred to stay with them.”

“Diego is immortal since the day he scored that unforgettable goal”added for his part the president of the conmebol, Alejandro Dominguezwho also highlighted that Maradona “contributed to making the World Cup what it is today.”

“Today we remember Diego again, who will always be present at every World Cup. Diego is immortal!”He launched Dominguezan idea that the president of the FIFA Gianni Infantinowho proposed that from now on in each world there is a day of remembrance Maradona. 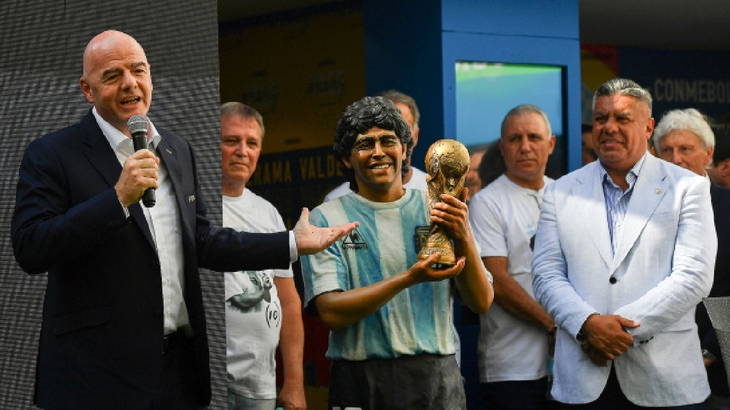 “Diego is immortal. We not only have to pay homage to Diego, but also celebrate him because what he did to make so many people fall in love with our sport has not been achieved by anyone else”said the soccer boss.

The event was also attended by former players from other generations (Diego Simeone, Javier Zanetti either Juan Pablo Sorin), as well as rivals; the brazilian Mauro Silvathe Paraguayan rock santa cruz and even the bulgarian Hristo Stoichkovwho was moved by remembering the idol.

Of course! The tribute was musically accompanied by some of the ‘hymns’ associated with Maradonalike the songs dedicated to him Andres Calamaro Y Rodrigo Buenoand the ‘Life is Life’ of Opusin a popular video of the ’10’ juggling during the warm-up of a game of the Naples in 1989.

This tribute was added to the digital pilgrimage motivated by the children of Maradona: throughout the day will be available access to M10.arwhere you can virtually light a candle to remember Diego.

In Spanish, Italian and English, with this message they invited users from all over the world to participate: “The world pays tribute to you. This November 25, light a candle for Diego at M10.AR, the digital Memorial created in his honor. #M10Memorial #M10 #UnaVelaADiego”.