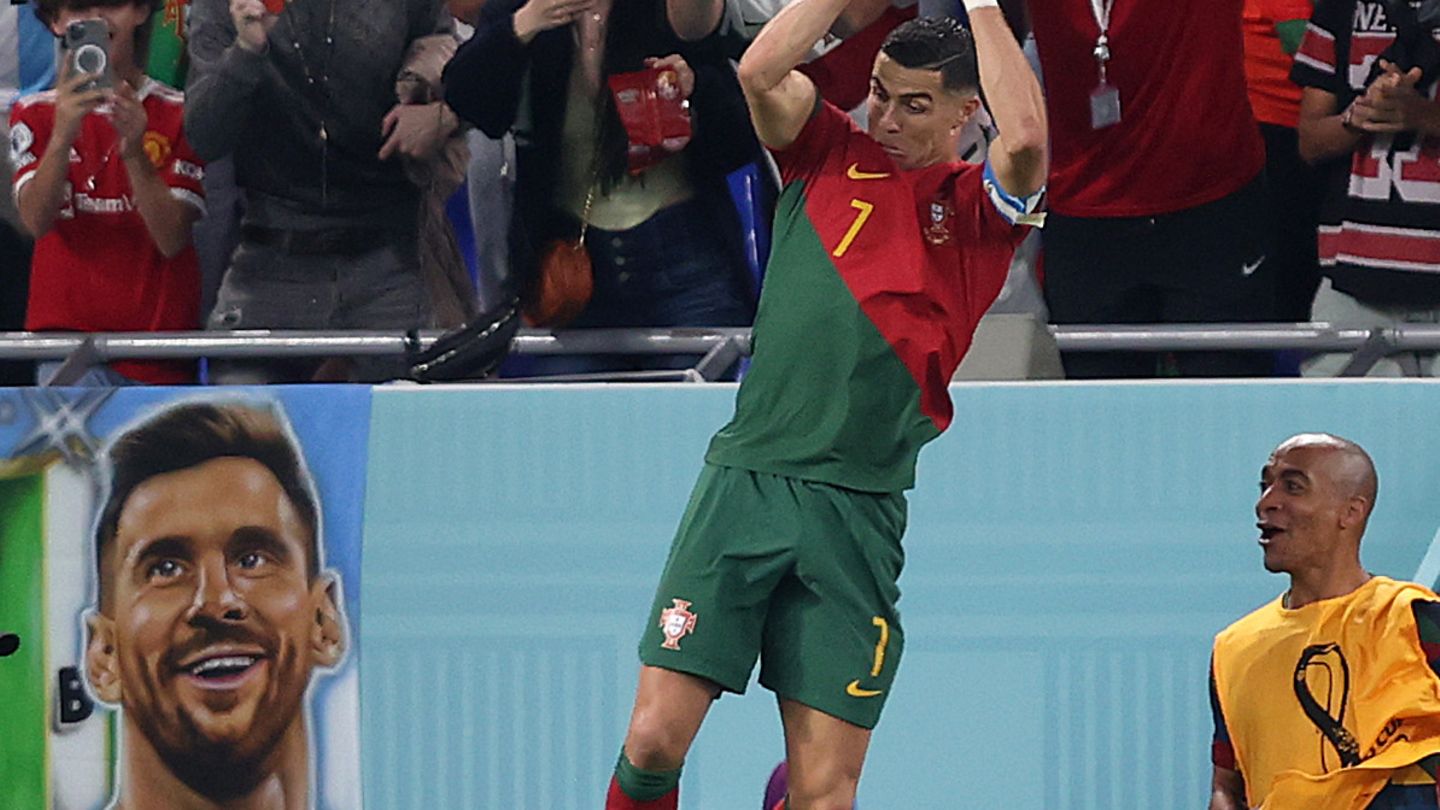 Ronaldo created a beautiful image in the Ghana game when he performed his signature celebration in front of a portrait of Messi. This can be seen as a friendly salute to the eternal rival.

Whether it was intentional or coincidental is unclear. To find out, you’d have to ask the superstar himself. After his historic goal in the World Cup game against Ghana, Ronaldo celebrated as he always does. He jumped off, spinning slightly in the air and flapping his arms down as he landed. It all happened in front of a portrait of eternal competitor Lionel Messi emblazoned on a tribune gang.

Press photographers captured the beautiful picture. Because Ronaldo’s jubilation was not for just any goal, but for one that gave the Portuguese another record. With the converted penalty, Ronaldo has scored in all of his five World Cup appearances.

Incidentally, the 37-year-old scored his first World Cup goal in Germany in 2006 in a preliminary round match against Iran, also from the penalty spot. Ronaldo was the huge talent to play alongside the likes of Figo and Deco in the national team. His jubilation was more humble then: He got down on his knees instead of jumping in the air like figure skating. Portugal reached the semi-finals, losing to France and Germany in the play-off for third place. Since then, Ronaldo has scored eight goals in World Cups. Miro Klose still holds the World Cup goal record with 16 goals.

It is well known that such records are of great value to Ronaldo. In Qatar he is aiming for the absolute crowning glory of his career: winning the world title. He lacks that in his impressive collection of titles. The same applies to Messi, who will probably also play his last World Cup and want the title. For both footballers it would be the absolute culmination of an extraordinary career. Stupidly, Messi and his Argentinians started the World Cup with a defeat while Ronaldo was in the lead.

Both superstars shaped an era of football and it is in Qatar for the last time that they battle it out on the big stage to see who is the greatest. In that sense, Ronaldo’s historic goal and celebration was a very special salute to Messi.