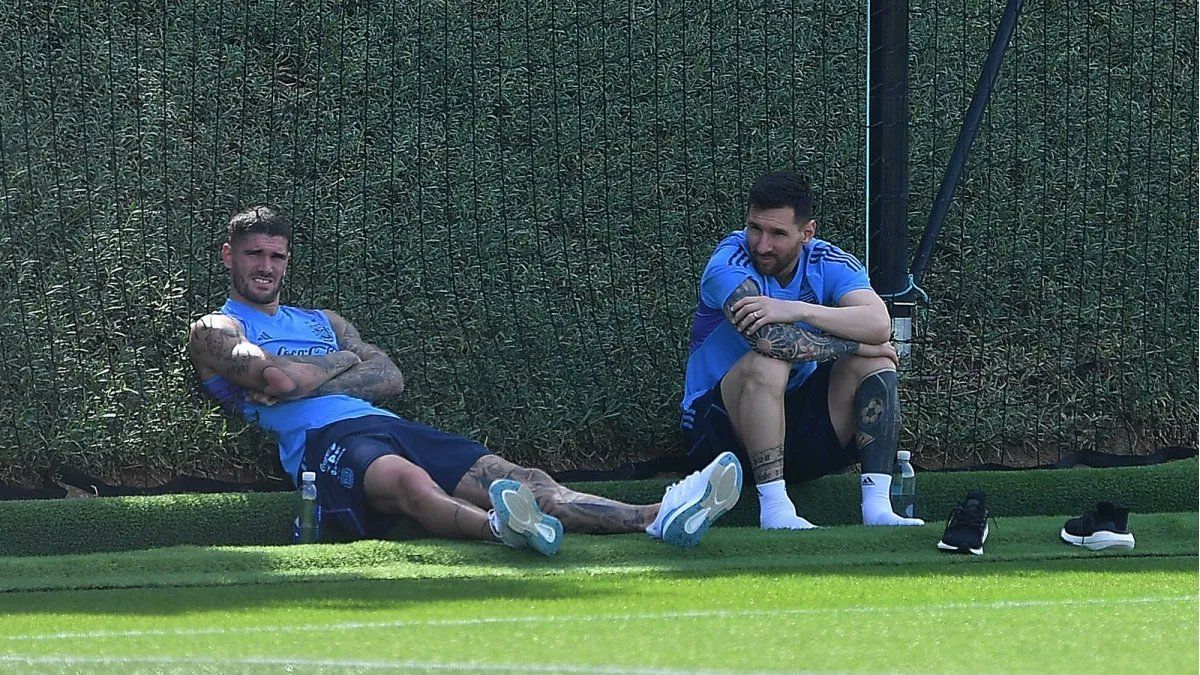 Is that Lionel Messiauthor of the first goal against Mexico, witnessed the regenerative practice of the squad and went out to the training field after the first ten minutes of the practice that began at 5:00 (11:00 in Qatar), a few hours after the victory at the Lusail Stadium.

Those who added a few minutes against Mexico among them Enzo Fernandezwere warming up when Messi appeared surprisingly accompanied by Rodrigo DePauldressed in training clothes, but in sneakers.

The captain walked around the entire field and sat down on the grass leaning against the wire fence in a shady area to protect himself from the strong morning sun of Doha and the more than 30 degrees of temperature.

In the remaining minutes open to the press, it was observed Messi relaxed, in stockings and talking to his friend De Paul.

The reasons for the absence

For everyone’s peace of mind, neither Messi nor DePaul They have discomfort, they simply did not train at the same level as the rest because those who started against Mexico had a day off. Those who worked under the watchful eye of Messi and Lionel Scaloni’s coaching staff were those who did not play and those entered in the second half: Enzo Fernández, Cristian Romero, Exequiel Palacios, Julián Álvarez and Nahuel Molina.

Also Leandro Paredes and Alejandro “Papu” Gomezwho started against Saudi Arabia but were not chosen as an alternative to Scaloni on Saturday.