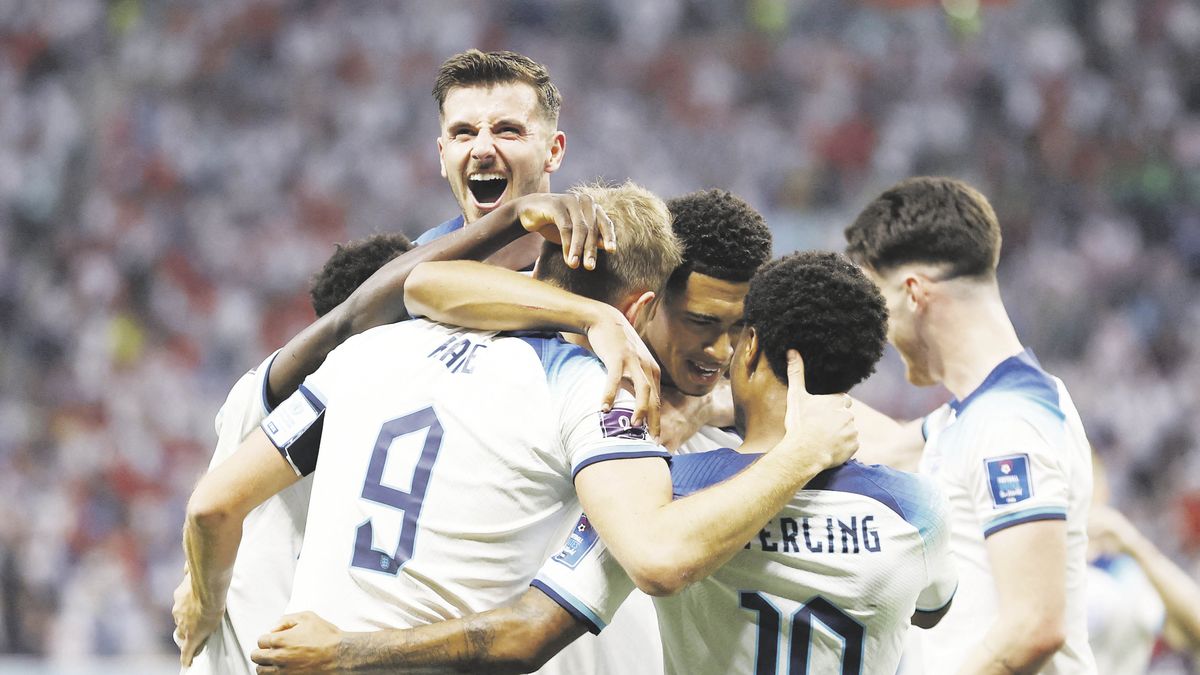 The English team is leading the way with 4 points and a goal difference in favor of +4, so that with a draw -even with a defeat of up to three goals- they will have their place in the defining phases.

For Wales, on the other hand, the task is very complicated since they only have 1 point with a goal difference of -2, so in addition to winning they need a tie between Iran and the United States.

The crossing comes with controversy because the English still remember the attitude of the Welsh players, who led by Gareth Bale celebrated the elimination of the English from Euro 2016 and uploaded it to social networks.

The highlights of the England team

The winger Luke Shaw spoke about England’s 2-1 defeat against Iceland and about the attitude of Bale’s team, saying: “What they did was not right. We can say things in interviews, but I prefer to talk on the pitch.”

The incidents that were observed in the last hours between fans of both countries, who faced blows in the streets of Tenerife just over a day before the crucial game, were not accidental.

This meeting is the first they have in a World Cup in a history that shows that England did not lose in the last 11 games and that the last game Wales won was 1-0 in May 1984.

As for the pass to the round of 16, the matches in this group will be played with the defined rivals. The crossing will be with the two classified from group A that will face each other at 12 o’clock: Ecuador-Senegal and the Netherlands-Qatar (the venue is already eliminated).

England started the World Cup with a 6-2 win against Iran, but then couldn’t with the United States equalizing 0-0, while Wales started with a 1-1 draw against the North American team but was later surprised by Iran who beat them 2 -0 on the hour.

When will England vs Wales play?

The match that will be played at 4:00 p.m. (Argentine time), at the Áhmad bin Ali stadium, with TyC Sports and Directv television, will be directed by the Slovenian shortlist made up of Slavko Vincic as central referee and Tomaz Klancnik and Andraz Kovacic and will have the Mexican Karen Díaz as reserve assistant.

Where to watch England vs Wales

The British duel of the World Cup in Qatar 2022 will be televised by the cable channels TyC Sports and DirecTV Sports.