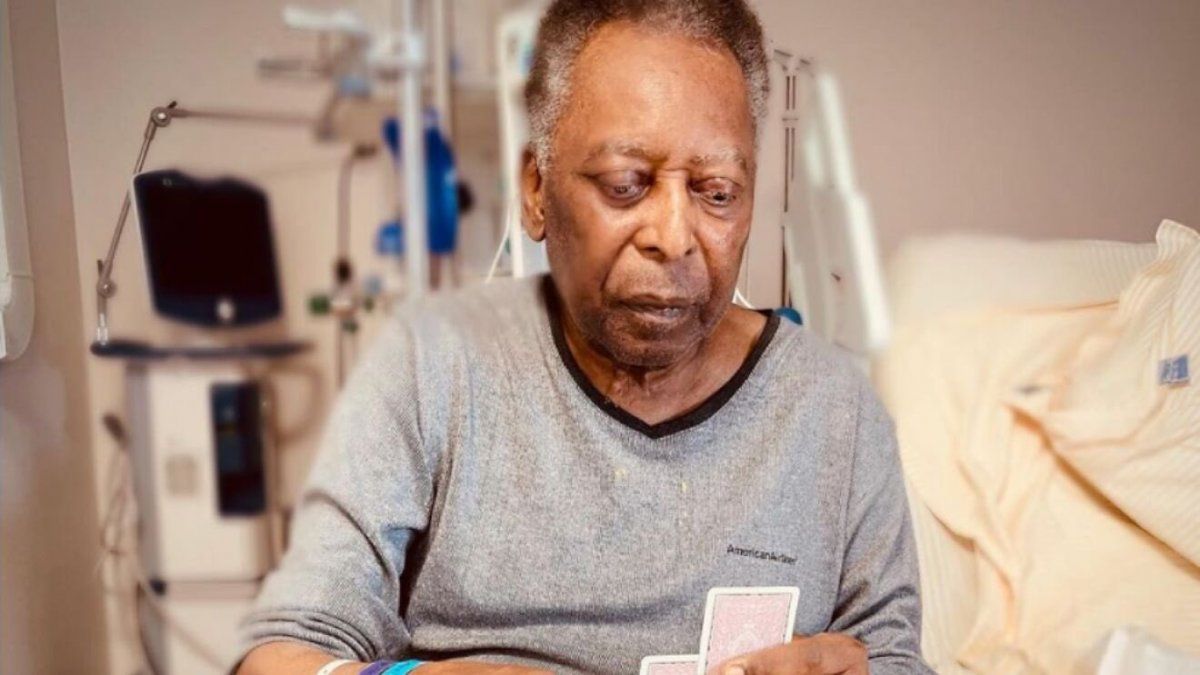 Pelé’s health: the message to his fans from social networks

Former Brazilian soccer player Edson Arantes do Nascimento published a message on his social networks this Saturday, in which he said he felt strong and with great hope. He clarified that he follows “as always” the treatment against cancer that he suffers from. Pelé managed to lift the world cup in Sweden 58, and repeated in Chile 62 and Mexico 70.

“My friends, I want to keep you all calm and positive. I am strong, very excited and continue my treatment as always”expressed the Brazilian star in a statement that he posted on his Instagram account.

“I want to thank all the medical and nursing team for all the care I have received. I have great faith in God and every message of love I receive from you all over the world keeps me full of energy”he stated.

Pelé, 82 years old, was diagnosed with colon cancer in September 2021. In his statement, he concluded with a message of support for the Brazilian team, which this Monday will play against South Korea for their pass to the quarterfinals. World Cup final in Qatar. He stated that this is “one of the things that also fills him with energy.”

The medical part of Pelé’s health

The Albert Einstein clinic, where O Rei is hospitalized, issued a statement yesterday to detail that the former soccer player “continues with the applied treatment and his state of health continues to be stable.”

“He is having a good response to care for his respiratory infection and there has been no worsening in the last 24 hours”mentioned the text.

Brazilian media reported this Saturday that Pelé had stopped responding to chemotherapy treatment for cancer and was in palliative care. According to the publications, the chemotherapy would have been suspended and Pelé would be receiving comfort measures to alleviate pain and shortness of breath.

Messages of affection from players and fans

For his part, “Pray for the King @Pelé” (Pray for King Pelé), was the message of the French world champion and scorer kylian mbappe in the preview of the match with Poland, which this Sunday will be played for the round of 16 of the World Cup in Qatar 2022.

The striker of the “Canarinha” Vinicius He also published a message on the networks, which he illustrated with a photograph of the flag displayed in the stands in tribute to Pelé for the “crooked” Brazilian in the defeat against Cameroon on Friday.

“Pele, get well soon” (Pelé, get well soon), it said under an image of the star that the Real Madrid striker accompanied with a message that said: “Fuerza Rey”.

The coach of the Brazilian team, titeHe also referred to the situation that Pelé is going through, to whom he wished “good health for who was our highest representative. An earthly alien with whom our feelings are today.” 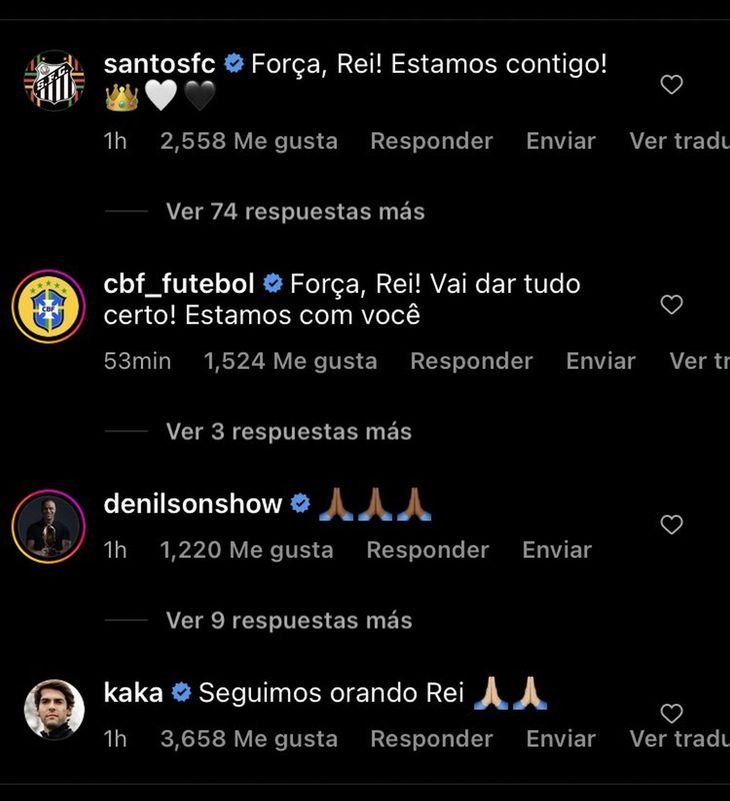