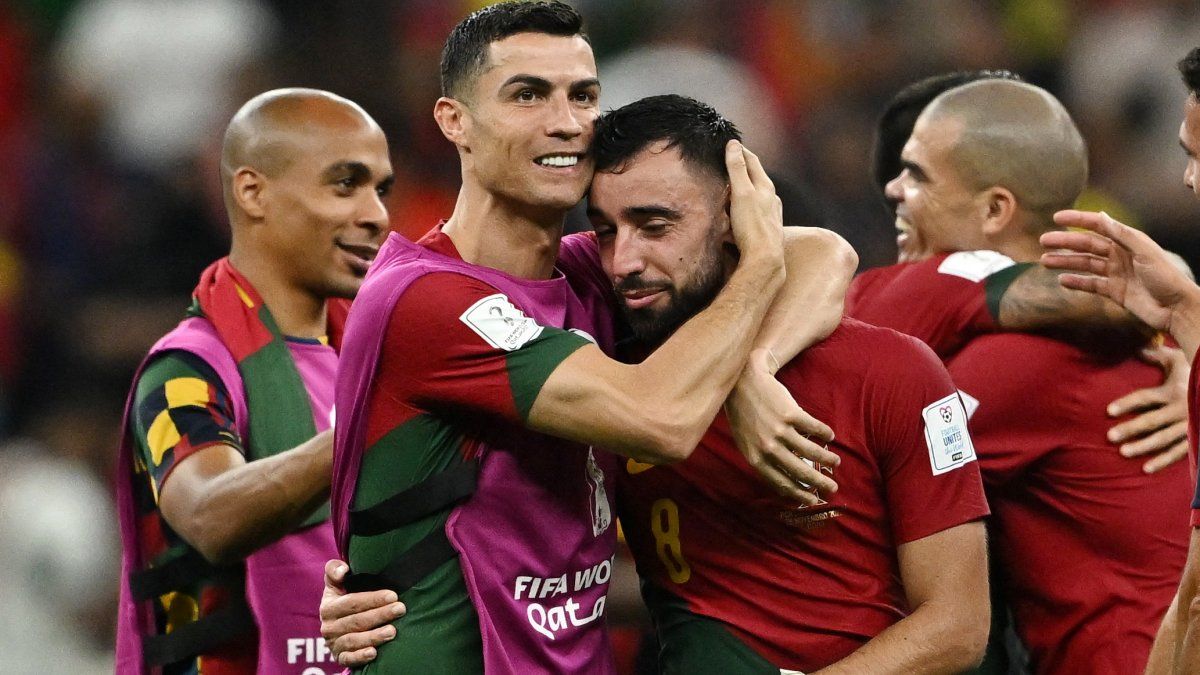 For its part, the Swiss team achieved the pass as second in group G behind Brazil -with whom they lost by the minimum-, thanks to a 1-0 victory against Cameroon in the debut and after eliminating Serbia on the final date with a suffered 3-2.

For the Portuguese team, the crossing will be a key match in the search to be able to play again in the quarterfinals since they have not been able to access that instance since the 2006 World Cup, despite being in the first level of Europe, where they were champions in 2016 .

The highlights of the Swiss team

For its part, Switzerland has already reached the round of 16 in the last three World Cup editions and wants to overcome that barrier, as it did in the last Euro Cup by eliminating France, current world champion.

The history between the two teams has no precedent in the World Cup but has many crosses at the continental level that account for two recent matches in the League of Nations, with a 4-0 victory for Portugal in Lisbon and a 1-0 victory for Switzerland in Geneva.

In the accumulated matches, the teams from Portugal and Switzerland have a total of 25 head-to-head clashes that are divided into 9 wins for Portugal and 11 wins for Switzerland, while they drew 5 times.

Likewise, Portugal did not win in the last six matches against Europeans in World Cups, where they could only reap two draws; 0-0 against England, with a 1-3 victory in the quarterfinal penalties in Germany 2006, and 3-3 vs. Spain in the debut of Russia 2018.

For their part, the Swiss played 23 times in World Cups against Europeans with 8 wins, 3 draws and 12 losses. In recent experiences they achieved two wins against Serbia and 2-5 defeats against France in 2014 and 0-1 Sweden in 2018.

When will Portugal vs Switzerland play?

The match that closes the third day of the round of 16 of the World Cup will be played this Tuesday from 4:00 p.m. (Argentine time) at the Lusail Iconic stadium, with the refereeing of the Mexican César Arturo Ramos Palazuelos.

Where to watch Portugal vs Switzerland

The European duel in the round of 16 will be broadcast live in our country on Public TV and DirecTV.