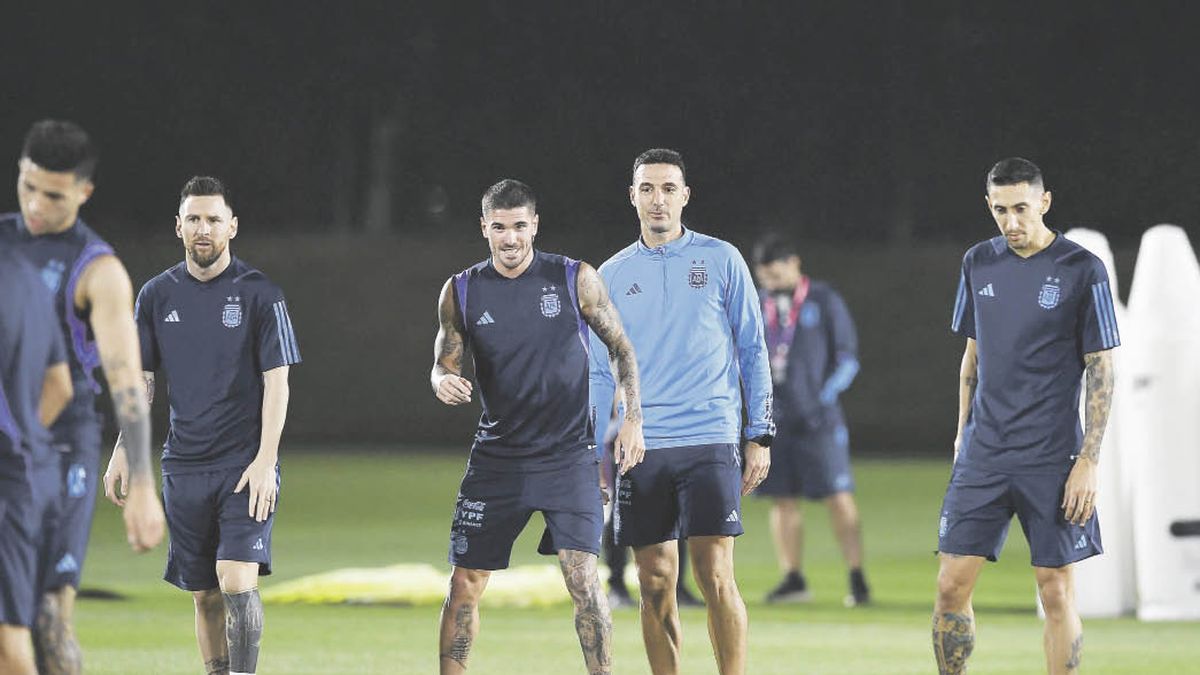 At 71 years old, Van Gaal is the oldest DT in Qatar 2022 and exhibits a validity reflected in the statistics. His third cycle in “Clockwork Orange” began in September 2021 due to the lack of results from his predecessor Frank De Boer and gave birth to an unbeaten streak of 14 wins and 5 draws.

The current squad, without the stars of other times but with footballers of proven hierarchy, stands faithfully behind a leader who wanted to remain in the national team despite fighting cancer.

The Netherlands, the eighth best team in the world according to the latest FIFA ranking, won Group A undefeated, which they shared with Qatar, Ecuador and Senegal, and subsequently eliminated the United States in the round of 16. Van Gaal did not want to reveal the cards to face Argentina, but hinted that he has studied the current champion of America very well, who went from less to more in this World Cup after debuting with an unexpected defeat against Saudi Arabia.

His Argentine colleague, Lionel Scaloni, also fueled that hide and seek game without giving clues about the tactical drawing, the strategy or the formation that he will use in the return to Lusail, the scene of the first two games of the “Albiceleste”.

Speculation about the names reaches the wingers, Rodrigo de Paul and Ángel Di María, who has had a personal dispute with Van Gaal since they met at Manchester United. “Fideo” went so far as to affirm that the Dutchman was “the worst coach” of his career. “I didn’t like it, but he is one of the few who has said it,” minimized the coach with a past in other greats in Europe, such as Barcelona and Bayern Munich.

Scaloni assumed the complexity of the confrontation in the previous one, but avoided projecting how the game could be considered, aware that “all rivals play differently” when facing their team.

Argentina reached the quarterfinals led by its captain Lionel Messi (3 goals), a respected figure but far from being feared in the “orange” squad, which has one of the best defenders in the world as captain, Virgil van Dijk ( Liverpool).

“Messi does not participate without possession,” said Van Gaal, perhaps as an indication of what he can look for in this sixth World Cup matchup.

Meanwhile, Ángel Di María and Rodrigo de Paul participated in the start of the last practice of the Argentine team. The only person absent in the first fifteen minutes of training was Alejandro “Papu” Gómez, who is suffering from the sprained ankle he suffered in the last game against Australia (2-1).

Both Di María and De Paul were on par with their teammates in the warm-up exercises that the physical trainer Luis Martín diagrammed. The man from Rosario returned to work on Tuesday along with his teammates after the inconvenience that sidelined him from the match against Australia, for the round of 16, and he is once again at the disposal of the coaching staff.

De Paul, for his part, started Wednesday’s training normally but was later unable to complete it due to a hamstring injury. The leak of the information on the physical state of the Atlético de Madrid midfielder caused the annoyance of the national coach, who during the last minutes got closer than usual to the press sector and made a gesture looking towards where De Paul was and a look which was interpreted by those present as a “Did you see that it is okay?”

In fact, the last job that the press could see was a madman in the center of the playing field of the field closest to the stands where the media are located during practices, at the University of Qatar. In the tactical rehearsal on Wednesday, De Paul had not participated and had been replaced by Paredes.

In addition, Scaloni tried again with Gonzalo Montiel and with Nicolás Tagliafico as wingers and Di María was among the possible starters. In the five previous matches, Argentina could never beat them in the 90 minutes of regulation, but they celebrated the two most important ones: in the final of the ’78 World Cup (3-1 in added time) and in the semifinals of Brazil 2014 (4-2 by penalties).

The Netherlands prevailed in the other direct elimination match (2-1, quarterfinals in France ’98) and thrashed 4-0 in the second round of Germany ’74. The only tie (0-0) occurred in the group stage of Germany 2006, when both teams were already classified. This Friday’s game will be defined with a 30-minute extension and eventually kicks from the penalty spot if it remains equal in the statutory 90′.