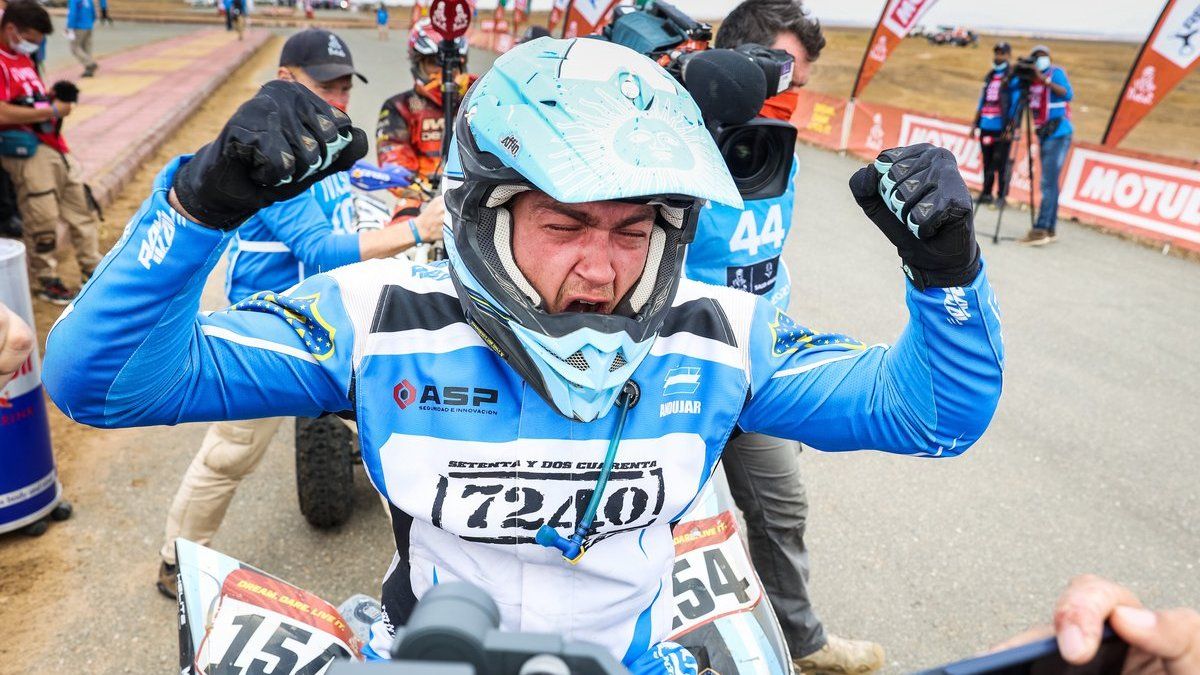 The two pilots alternated the leadership and finally the Argentine was able to take victory in the last section of a special of 367 kilometers with 234 of connection.

Less than 100 kilometers for the goal, giroud, winner of the prologue on Saturday, which allowed him to lead the pack, was 15 seconds ahead of the Argentine, who at the end of the section timed 4:10:34 with an advantage of +44s. on his escort.

The podium of the quadricycles was completed by the rookie Argentine Francisco Moreno Flores (Dragon Rally Team) at a distance of 10m.49s.

andujar26 years old, who runs with the shield of Boca Juniors in its antiflame and the images of Maradona, Messi and the World Cup in the helmetachieved the third victory of his history in the Dakarafter the two reached in the 2021 edition that consecrated him as champion.

After his abandonment in 2022, the Buenos Aires native seeks this year to reestablish the Argentine trend in a division that since joining the rally in 2009 has recorded seven titles for the country. Previously, they were champions Marcos Patronelli (2010, 2013 and 2016), his brother Alejandro (2011 and 2012) and Nicolás Cavigliasso (2019).

On a motorcycle, the Argentine Kevin Benavides (Red Bull KTM Rally Team) he was classified second due to the penalties applied by the race direction at the end of the day.

Benavides, the only South American rider to win the Dakar on two wheels (2021), completed the route with a difference of +44 seconds compared to the American Ricky Brabec (Monster Energy Honda), declared the winner.