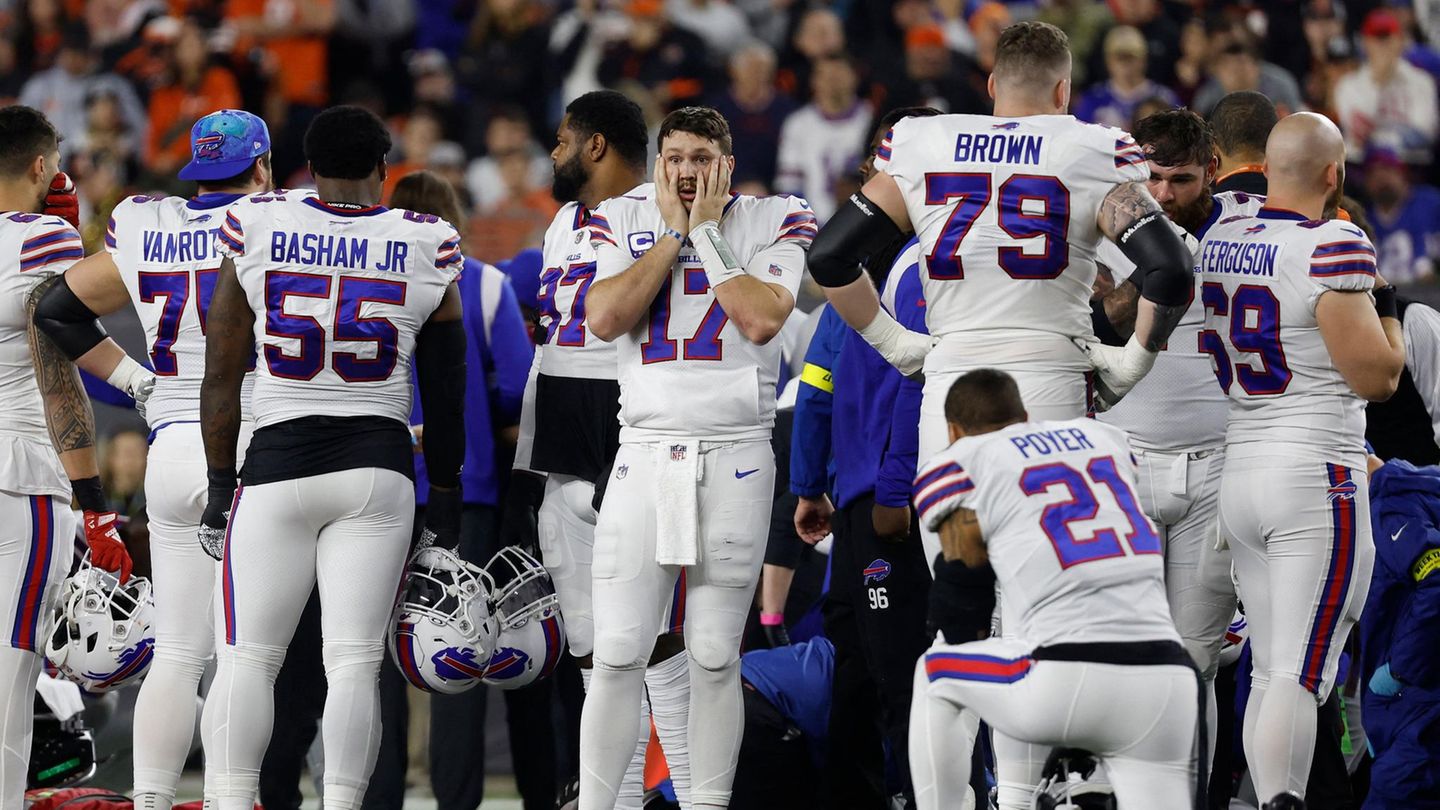 There are scenes that you don’t want to see: In the duel between the Buffalo Bills and the Cincinnati Bengals, Damar Hamlin collapses after a hit. He is revived on the pitch for minutes and his condition is critical.

Buffalo Bills vs. the Cincinnati Bengals, two of the best teams in the NFL at the moment meet in the popular “Monday Night Game”. But the joy of the top game quickly gave way to shock: after just a few minutes, Bills safety Damar Hamlin collapsed on the pitch and had to be treated for minutes, the game was stopped.

What happened? At 7-3, Hamlin had tackled Bengals wide receiver Tee Higgins in the first quarter. After the hit, Hamlin stood up, swayed. walked two steps only to suddenly collapse lifeless on the field. Rescue workers from both teams immediately rushed in and initiated resuscitation measures. After 16 minutes, Hamlin was taken to a Cincinnati hospital by ambulance. “His condition is critical. Our thoughts are with Damar and the Buffalo Bills,” the NFL said in a brief statement. Further information on the condition will be published with given distance. Hamlin’s advisor Ira Turner released a statement calling on fans to pray for Hamlin and his family. “We currently have no new information to release.”

NFL main round ends in a week

The players’ union NFLPA also expressed great concern. “The NFLPA is praying for Damar Hamlin. We are in communication with the players of the Bills and the Bengals as well as the NFL. The only thing that matters now is Damar Hamlin’s health,” it said in a statement. Fans from both teams gathered outside the hospital to pray together for Hamlin.

The shock of the accident could be seen in players from both teams on the field. Bills quarterback Josh Allen sat crying on the players’ bench, and other players also let their emotions run free. Allen later tweeted, “Please pray for our brother.” When Hamlin was taken to the hospital, all the Bills players knelt in prayer. According to “ESPN”, the referees initially wanted to continue the game after a short warm-up phase, but the coaches of both teams spoke out in favor of stopping the game. It is still unclear when the duel will continue, but the regular season in the NFL will end next weekend, after which the playoffs will start, for which both teams are already qualified.