Last goodbye to Pelé: massive farewell at Santos and a massive procession 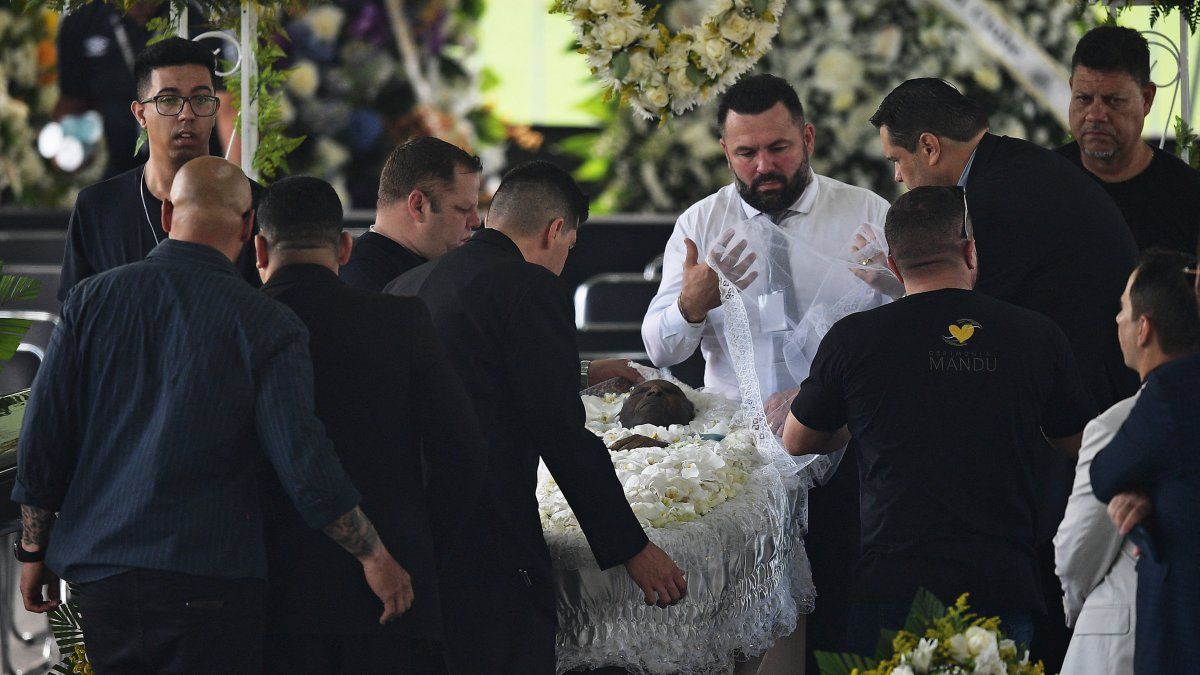 The playing field of the Santos stadium had two white tents and in one of them were the remains of Pelein addition to the seats where their relatives were throughout the day.

The fans came in large numbers and circulated through a corridor five meters from the coffin, while a banner with the motto “Long live the King. Pelé 82 years old” covered one of the stands of the stadium.

One of the last personalities to attend the funeral was the president of Brazil, Luiz Inácio Lula da Silvawho arrived by helicopter with his wife Rosalengawhile the president of FIFA and the Conmebol, Gianni Infantino and Alejandro Dominguezrespectively.

After the long wake, the funeral procession began that will go through the streets of Saintsa port city located about 80 kilometers from Sao Paulo, and will pass by the house of the mother of the former attacker, who is 100 years old, and then end at the cemetery Ecumenical Necropolis Memorialwhere Pelé will be entombed in a private ceremony.

The Brazilian was world champion with Brazil in 1958, 1962 and 1970while he is also an absolute idol of the Saintsclub in which he obtained the Copa Libertadores and the Intercontinental Cup in the years 1962 and 1963.

In addition to the World CupsPelé raised a large number of trophies: with Santos there were two Libertadores Cupstwo Intercontinental Cupssix Brazilian championships, ten Paulista championships and four tournaments Rio-São Paulo in 1959, 1963, 1964 and 1966while also garnering an NASL Championship.

Pelé died last Thursday at the hospital in sao paulo where he had been admitted for a month due to multi-organ failure caused by colon cancer that was diagnosed in 2021.

Share
Facebook
Twitter
Pinterest
WhatsApp
Linkedin
ReddIt
Tumblr
Telegram
VK
Digg
LINE
Viber
Previous article
The president of Peru is not responsible for the deaths in protests
Next article
Last goodbye to Pelé: the funeral procession began after a massive farewell at the Santos stadium