Argentine goal in the return of the world champions to Seville 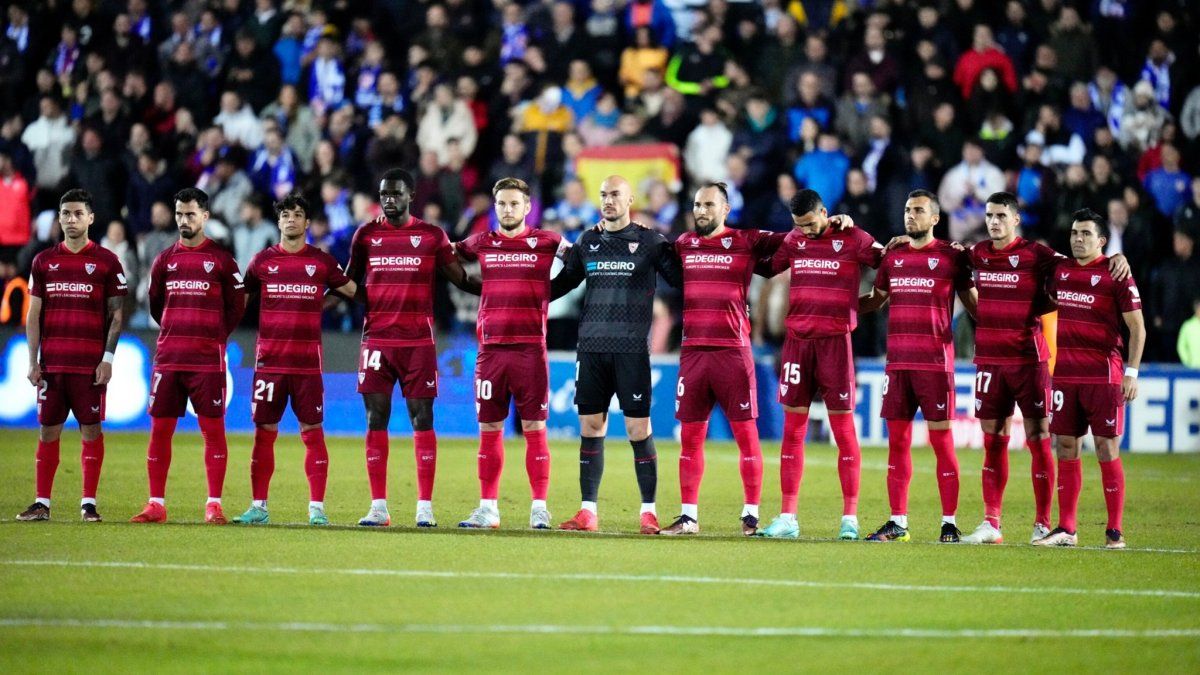 The match was held at the Municipal Stadium in the city of Linares, located in the Andalusian province of Jaén and was attended by the world champions Gonzalo Montiel and Marcos Acuna from boot.

Those led by Jorge Sampaoli they prevailed with three goals from the Moroccan striker Youssef En-Nesyria goal against the Argentine defender Luciano Squadroneformer Estudiantes from La Plata, and the remainder from the former River Plate, lick it.

In the match, the referee Matheu Lahoz, highly questioned for his arbitration in Argentina-Netherlands in Qatar 2022, sent off Sampaoli for protesting when the 20 minutes of the first half had not elapsed.

On the other hand, Barcelona He had to suffer to go through the round against Intercity, from the fourth division of Spanish soccer that is directed by the Argentine ex Colón and Lanús, Gustavo Sivierowhom he beat in overtime by 4 to 3.

The match was played in the city of Alicante and the goals for the “culé” team in the regular 90 minutes were scored by the Uruguayan Ronald Araujothe French Dembele, the brazilian Raphina and Ansu Fati.

The three goals of the team in charge of siviero -who has been directing the Spanish rise for several years and was a Mallorca footballer- was marked by Oriol Soldevila.

In the first half of extension, Ansu Fati made it 4 to 3 for those led by Xavi Hernández. In the Alicante team, the Argentine midfielder, former Newell’s Old Boys, Martín Bellotti played as a starter.

According to the page specialized in Transfermarket passes, the Intercity squad has a value of 4 million 600 thousand euros, against the 797 million of the same currency that “Barsa” presents with all the footballers of its luxurious squad.

In Asturias, Atlético de Madrid, with Nahuel Molina among their starters, beat Oviedo 2-0 and went on to the round of 16.

The “mattress” team prevailed with goals from Marcos Llorente and Pablo Barrios, the latter from a pass from Ángel Correa, who entered in the second half. Former Belgrano striker, from Córdoba, Leonardo Sequeira participated in Oviedo in the second stage.

In the Autonomous Community of La Rioja, in the north of Spain, Real Sociedad advanced through the phase by beating Unión Deportiva Logroñés 1-0, whose headlines included the Spanish-Argentine goalkeeper Gonzalo Crettaz, trained in the lower ranks of Valencia and I raised.

In Galicia, Mallorca, which had among its starters the Argentines Brian Cufré and Franco Russo, former Tigre, got their round pass by beating the local Pontevedra 2-0 in extra time, with goals from Abdón Prats and the Kosovar Vedat Muriqi .

In the second half, the Spanish-Argentine winger Pablo Maffeo entered the insular team, who, although he played in youth for Spain, is on the radar of Argentine coach Lionel Scaloni.

At the Mendizorroza stadium, located in the Basque city of Vitoria, Alavés got a ticket to the round of 16 by beating Valladolid 1-0, with a goal from Senegalese Mamadou Sylla. In the Basque team, in the second half, the former Talleres winger from Córdoba, Nahuel Tenaglia, entered.