NFL: Damar Hamlin apparently on the mend after cardiac arrest 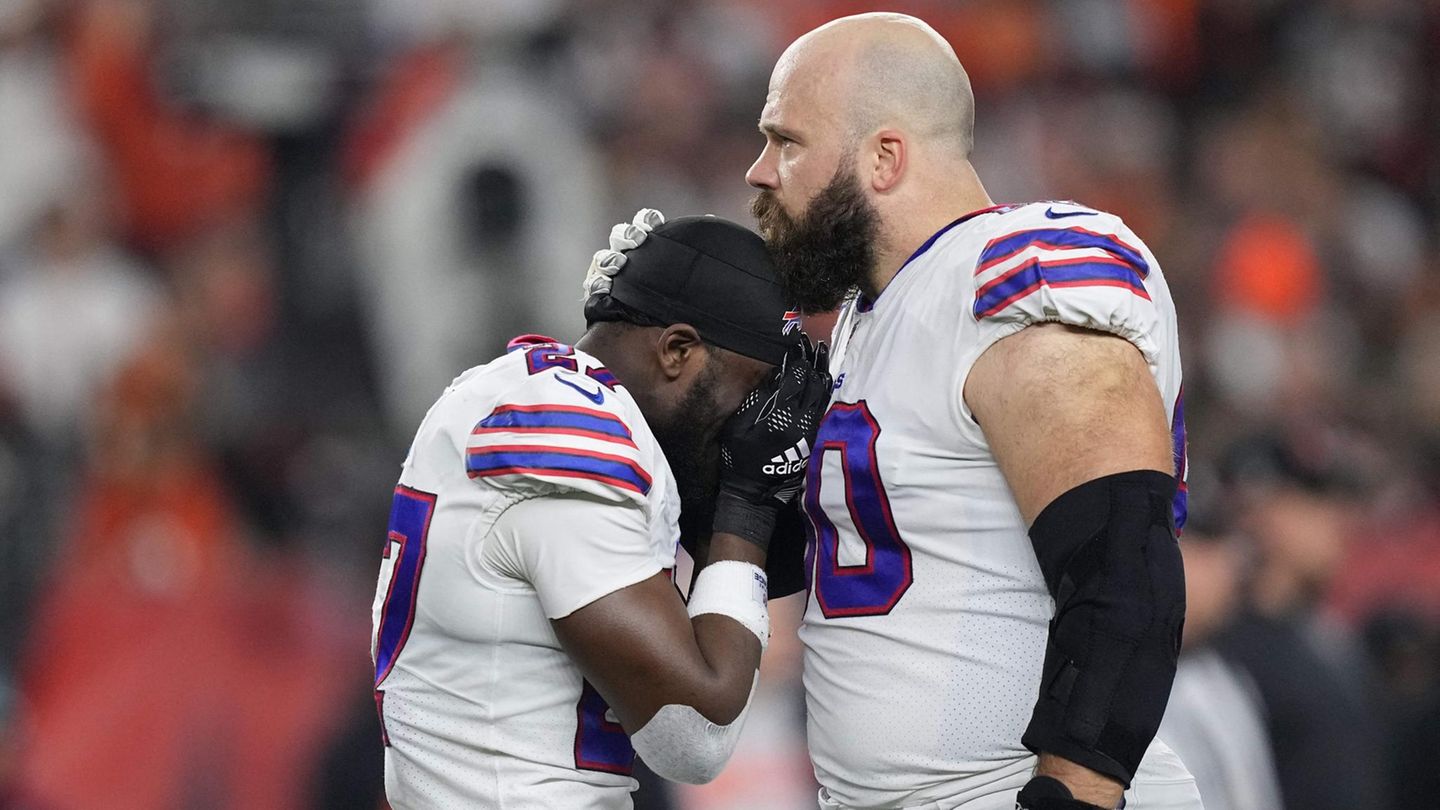 Damar Hamlin goes into cardiac arrest during an NFL game. Three days later, the Buffalo Bills defenseman is showing signs of improvement. However, there is no all-clear yet.

Three days after his cardiac arrest at an NFL game, there is a glimmer of hope for Damar Hamlin. In a brief press statement, the Buffalo Bills said Thursday evening German time that “according to the treating physicians, Damar has shown remarkable improvements over the past 24 hours.” However, the 24-year-old has not yet received the all-clear, and Hamlin’s condition is still described as critical. “However, it appears his neurological functions are all intact. His lungs are continuing to heal and his condition is improving,” the Bills said. NFL Network reporter Ian Rapoport previously reported that Hamlin opened his eyes for the first time on Wednesday night. Then on Thursday he shook hands with his family. Hamlin’s counseling agency also released a statement reporting a significant improvement in health.

The safety, a defensive position in American football, collided with Bengals pass receiver Tee Higgins in the first quarter of the Buffalo Bills’ Monday Night Game at the Cincinnati Bengals. A few seconds after Hamlin got up, he collapsed on the field and had to be resuscitated for several minutes by paramedics who rushed to the spot. Hamlin’s uncle Dorrian Glenn reported to “” that the 24-year-old had to be resuscitated again on the way to the hospital – a statement that was later made by Hamlin’s adviser. Players and fans from both teams headed to the Cincinnati hospital later that evening to show their support for the Bills defenseman.

Damar Hamlin: Support from the US sports world

The game between the Bengals and the Bills was abandoned after the accident. It is still unclear whether and when the game will be rescheduled. The NFL earlier announced on Tuesday that there would be no catch-up date this week and denied reports that the game would resume after the incident. The football league’s regular season ends this weekend and a week later the playoffs begin, for which both Buffalo and Cincinnati qualify – but a win in the canceled game could still affect who the two meet teams meet or whether one of the teams as the best team in their conference even has a day off.

The Buffalo Bills’ first practice session after the Hamlin accident is scheduled for Thursday. There were talks with the players on Wednesday. Hamlin’s father Mario had a video call to talk to the players, according to “” to communicate the first improvements in his state of health. “That was the news the team needed,” an unnamed source told the sports channel.

The dramatic incident sparked a great deal of support in the US sports world. All NFL teams and the league itself changed their profile pictures to the Hamlins jersey on social media, and teams from other sports also adopted the blue jersey with the number 3. Niagara Falls, near Buffalo, was recently illuminated in blue. Numerous fans and stars such as Tom Brady and Jim Irsay, owner of the Indianapolis NFL team, donated to Hamlin’s charity. Over seven million dollars were raised within three days.