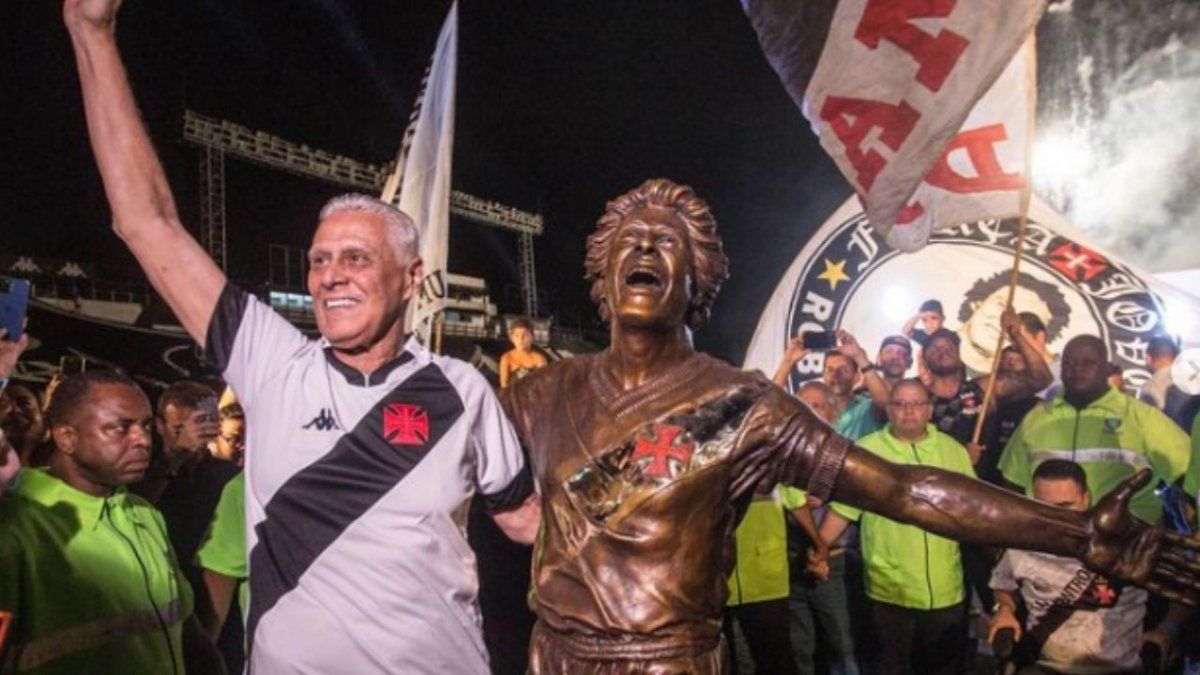 Dinamite was a World Cup player with Brazil in Argentina 1978 and Spain 1982 but in the edition played in the country he stood out for scoring three goals: one for the victory 1-0 against Austria and two in the 3-1 against Poland.

In an interview with Télam in 2020, Dinamite had questioned Argentina’s 6-0 victory over Peru, which left Brazil out of the competition and allowed the team from Cesar Luis Menotti advance to the final

“The Argentines, the Peruvians and the organization have to explain this result,” said Dinamite, who assured that during the definition of the second round group there was “an interference” to change the schedule of the matches Brazil-Poland and Argentina-Peru.

dynamite was the greatest idol of Vasco da Gama and in 2008 he was elected president of the club for two terms. He played 1,100 games with the Vasco shirt and scored 708 goals.

Dinamite’s death joins that of Pele, died at 82 years of cancer last Thursday, who was also buried in a memorial on the ninth floor of a vertical cemetery looking towards the club’s pitch Saintswhere his remains were veiled for 24 hours.

In them, 230,000 people paraded through the playing field, including the president of Brazil, Luiz Inacio Lula da Silvawho assured that “O Rei” cannot be compared to any other footballer in history.