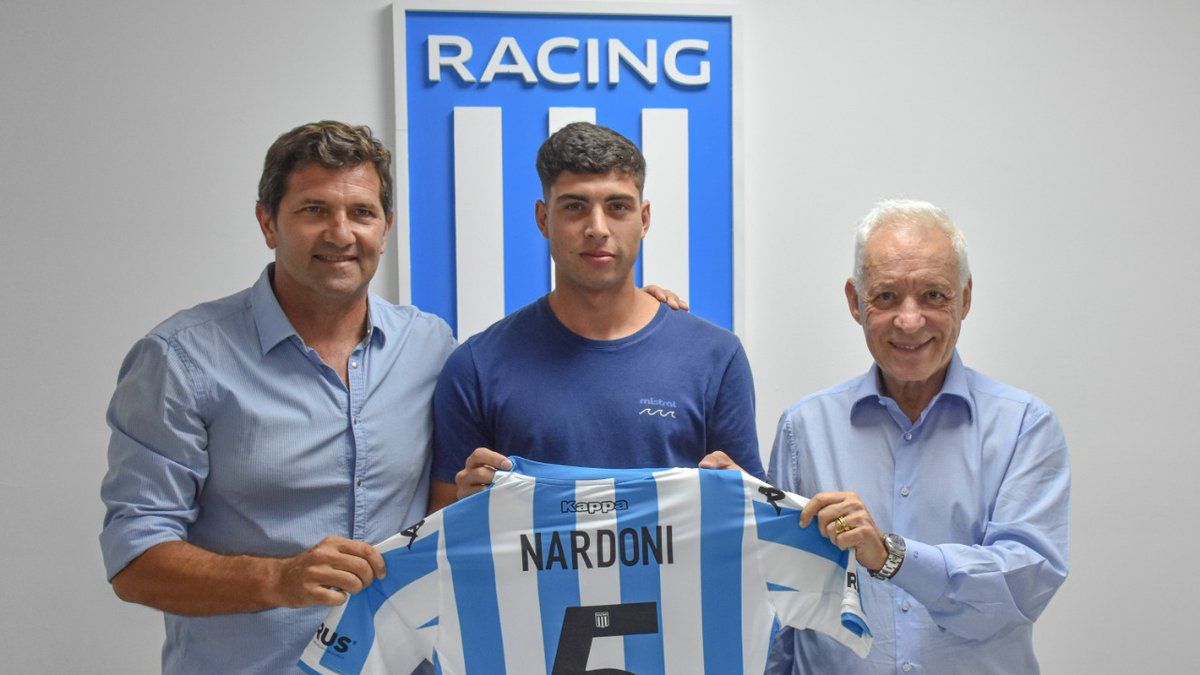 Through a video on social networks, Racing announced the arrival of Nardoni, who earlier underwent a medical check-up in the Belgrano neighborhood and then signed a contract until 2027.

Coming from Unión de Santa Fe, Nardoni, 20, arrives at Racing after an operation that includes a payment of $4,750,000, which with the payment of taxes and commissions will reach $6,000,000.

The “Tatengue” club maintains a capital gain of 10 percent of a future sale of the player.

Nardoni could be part of the delegation that will travel to Abu Dhabi (United Arab Emirates) to play on Friday the 20th against Boca, for the 2022 International Super Cup.

The transfer market for Racing remains open after the statement by Racing’s president, Víctor Blanco, who considered the incorporation of River Plate defender Elías Gómez as “a possibility”.

“The technicians never say that the market is closed. They are always going to ask for something else,” Blanco told TyC Sports.

Some arrive and others leave, such as Carlos Alcaraz, 20, who was transferred to English Southampton for $13,650,000 and will sign a contract until June 2027. In the event of a future sale, Racing will have a 15 percent of the figure of the pass in case of being transferred.

Alcaraz, who played 83 games for Racing, with 2 goals and six assists, said goodbye to the fans through a message on the Instagram social network.

“Dear racinguistas. Today I have to say goodbye to you! I wanted to thank you all for the support you always gave me, it was almost 6 years in the club and almost 3 in first gear. Debuting in Racing was one of the most beautiful moments that I have It happened in my 20 years. I was lucky to be able to play with you present and I tell you that it was really magnificent to enter the Cylinder and hear them scream at all times, “Alcaraz wrote.

“They always made me feel very comfortable and I will never forget that. I want to make it clear that this is not goodbye, but see you later. I will miss you very much and I hope to see you soon. And as I once said, we have the biggest fans in Avellaneda and Argentina. Blanca and Celeste, the Racing Cub Academy, will shine”, concludes Alcaraz’s farewell.

The “Academy” will play a friendly match at the Cilindro against Racing from Uruguay next Friday, then it will play against Boca in the United Arab Emirates and on Sunday the 29th it will debut in the Professional League, when it receives Belgrano de Córdoba in Avellaneda.