Confirmed: there will be an Argentine in the Indy Car 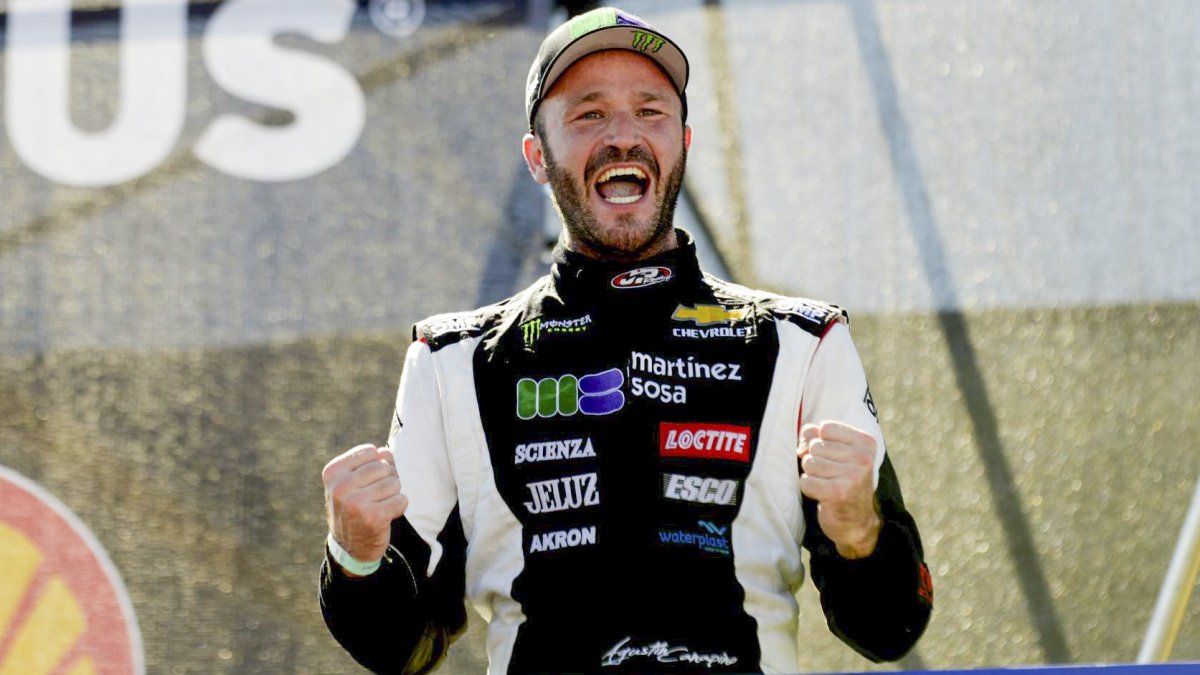 “I am happy to take on this enormous challenge”stressed the Argentine multi-champion who will race with car number 78 and was confirmed as the brand’s official pilot.

canapino, that within three days he will settle in the United States, near the Juncos Racing workshop, in Indianapolis, he assured that he will travel with his girlfriend, Josefina Di Palma, with the hope of not returning: “I don’t know when I will return or how it will end, hopefully in many years”.

“I prepared myself very well physically. I’ve been training for a month to stay on the track for the whole race. It’s a leap to a professional level in every sense for me. It will take me time and races to get used to the car, but I take it easy and I ask you to accompany us and be patient with us”asked the reef.

Also, canapino, who informed the ACTC and Gustavo Lema that he will not run in the highest Argentine category this year, highlighted: “It’s a learning process, but I’m leaving with the aim of not being the only year, I’m going to work for a second chance”.

This important milestone in Argentine motorsport began to take shape in October 2022, when the Arrecife native traveled to Florida with his brother Matías and Héctor Martínez Sosa and drove one of the cars of the Argentine Ricardo Juncos team at the Sebring International Raceway.

This test with a car from the most important single-seater category in the United States was the kickoff for the landing of the multi-champion of the Road Tourism and Super TC2000considered the best pilot in the country.

The car show Indy Car managed by canapino had two parts. The first one took place within the framework of the Race of the 200 National Tourism Drivers, between November 5 and 6 at the Oscar and Juan Gálvez Autodrome, the Chevrolet number 77 of the NTT Indycar Series turned for the enjoyment of some 50,000 fans, that filled the stands of the Buenos Aires racetrack.

Then, in Termas de Río Hondo, on November 9, Canapino did about 15 laps, made stops to change tires and accelerated to 300 km/h 51 years after that distant race of the Rafaela 300 Miles, in 1971.

For his part, Ricardo Juncosthe owner of the team in which Canapino will run, explained that only on Wednesday afternoon was he able to “confirm Agustín as a driver due to a budget issue.”

The Indy Car is listed as one of the most dangerous races in the world.

He also announced that, like the rest of the rookies, he must pass the “oval test in Texas to enter the Indy Car.”

“We are a small team. Agustín is not going to run for Andretti Autosport. Like him, the structure is going to go from less to more. Agustín has the honors he has for having always won. But that will not be the case of Indy Car. It’s a challenge that Agustín takes on and so do we. It’s a very difficult category in every sense and you have to be patient.”he asked.

The Argentine’s partner will be the British Callum Ilott, a member of the Ferrari Academy since 2017 and who ran the full season in 2022 for the first time after passing through Formula 2.

“We had other options for the second driver but what Agustín showed at Sebring driving the car for the first time was amazing. And it will serve him well to absorb Callum’s experience because it is a learning year for him.”, analyzed. And he deepened: “We must not lose focus on the magnitude of this in Argentina”

“I feel that my old man from somewhere is supporting and is part of all this. It was always his dream to work in the United States and I am going to do it for him too”ended the 32-year-old pilot in reference to Alberto Canapino, who died on February 15, 2021 after contracting Covid-19.