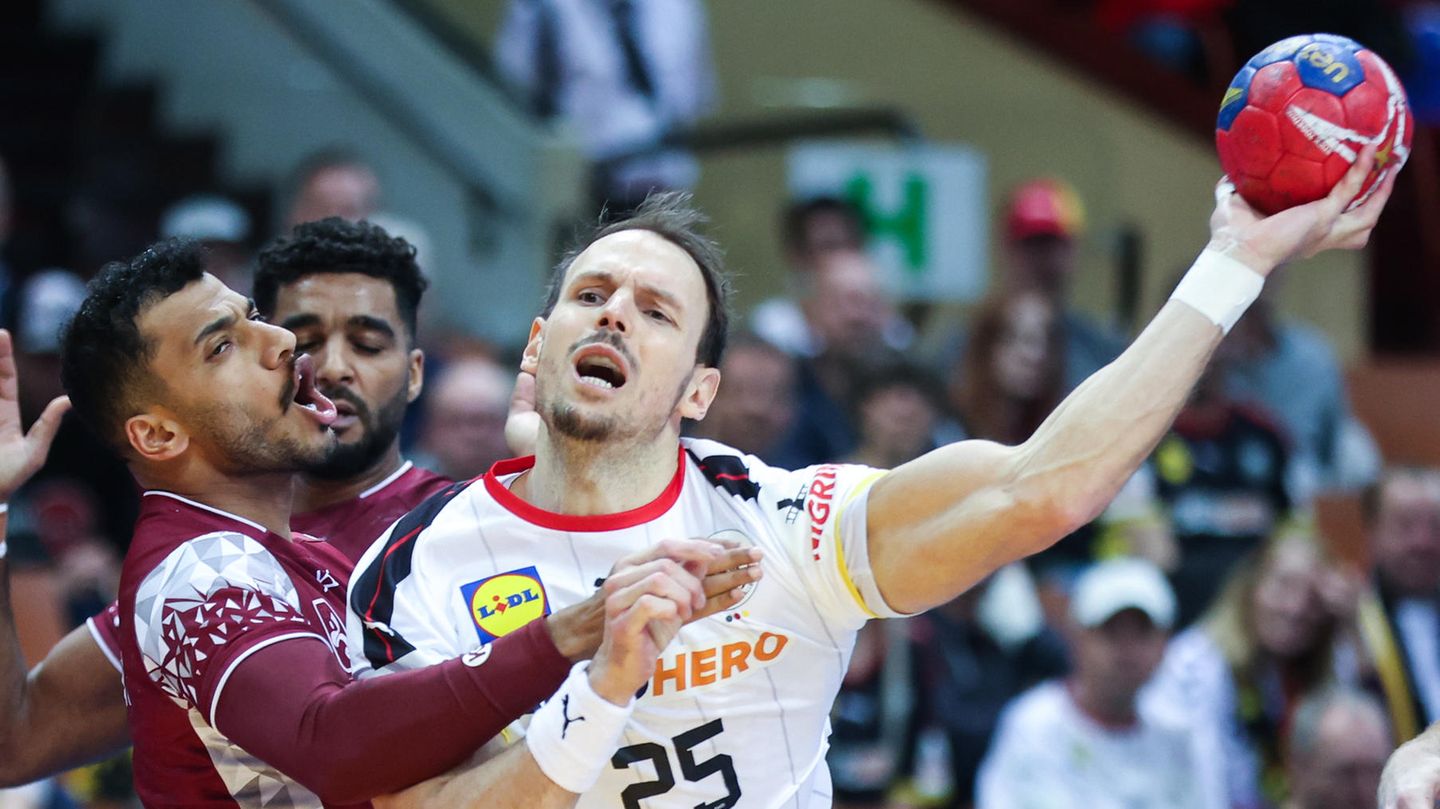 Successful World Cup start for the German national handball team: The team of national coach Alfred Gislason defeated Kartar with a difficult but deserved victory. It was bitter that goalkeeper Andreas Wolff was injured.

The German handball players started the World Cup with the hoped-for win against their former feared opponent. In the duel with Asian champions Qatar, the DHB selection, which acted confidently over long phases, prevailed on Friday with 31:27 (18:13) and thus has the best chance of making the targeted entry into the main round.

With eight goals in front of a meager crowd of 2,500 spectators in Kattowitz, Poland, Juri Knorr was the best thrower on the team of national coach Alfred Gislason. In the second preliminary round game against Serbia on Sunday (6 p.m. / ARD), the qualification for the next phase of the tournament can already be made perfect.

As with previous appearances, the DHB selection made an inexplicable phase of weakness at the start of the World Cup. The best players were the strong Andreas Wolff in goal and 22-year-old Knorr, who directed the game of the 2016 European champions in attack.

In the second half, however, Gislason’s team showed a completely different face when nothing came together for a few minutes. The numerous blunders and misses allowed Qatar to come back before the DHB selection pulled itself together again and secured the win.

The DHB selection had experienced several times in the recent past that the Qatari can be anything but a pleasant opponent. At the 2015 World Cup in their own country, the hosts at the time eliminated the Germans in the quarter-finals and then marched through to the final. The German team was even more sensitive when they met at the world tournament two years later in France: Despite being clear favorites, it was again the end against Qatar, this time in the round of 16.

And now? Although the Qatari still played with a few naturalized players such as backcourt giant Rafael Capote, they are now a long way from their former class. The Asian champions took the lead in Katowice. However, it didn’t take long for the German team to gain a commanding lead. After less than seven minutes, the DHB selection was already leading 5:2. Qatar’s veteran coach Valero Rivera took the first break, but from his point of view it didn’t get any better after that.

However, that was also due to an initially clarified appearance by the team of national coach Gislason. The defense was largely safe, especially goalkeeper Wolff found the game strong, who was substituted injured at the end of the game.

The attacks were directed by Knorr, who was already strong in preparation. No matter what the director did with the ball, in most cases it was a good thing. The 22-year-old initiated and advanced, and if no partner could be found, he hammered in the balls from the backcourt himself.

“I would not have thought that things would go so well,” said DHB sports director Axel Kromer at halftime. However, this picture was somewhat clouded after the break. Although the German team remained in the lead throughout, it was no longer consistently sovereign. Ultimately, however, this had no consequences.

Goalkeeper Wolff will probably be fit again on Sunday

National coach Gislason does not assume that goalkeeper Andreas Wolff will be out for a long time. “I think our medical department will make sure he’s fully fit by the day after tomorrow,” said the 63-year-old on Friday evening in Katowice after the 31:27 win against Qatar at the start of the World Cup.

This would make Wolff available again for the second preliminary round game on Sunday (6 p.m. / ARD) against Serbia. The 31-year-old had to leave the field due to injury in the closing stages against Qatar. “Andi just signaled that the calf was closed. That’s why we substituted him directly to avoid an injury,” said Gislason.