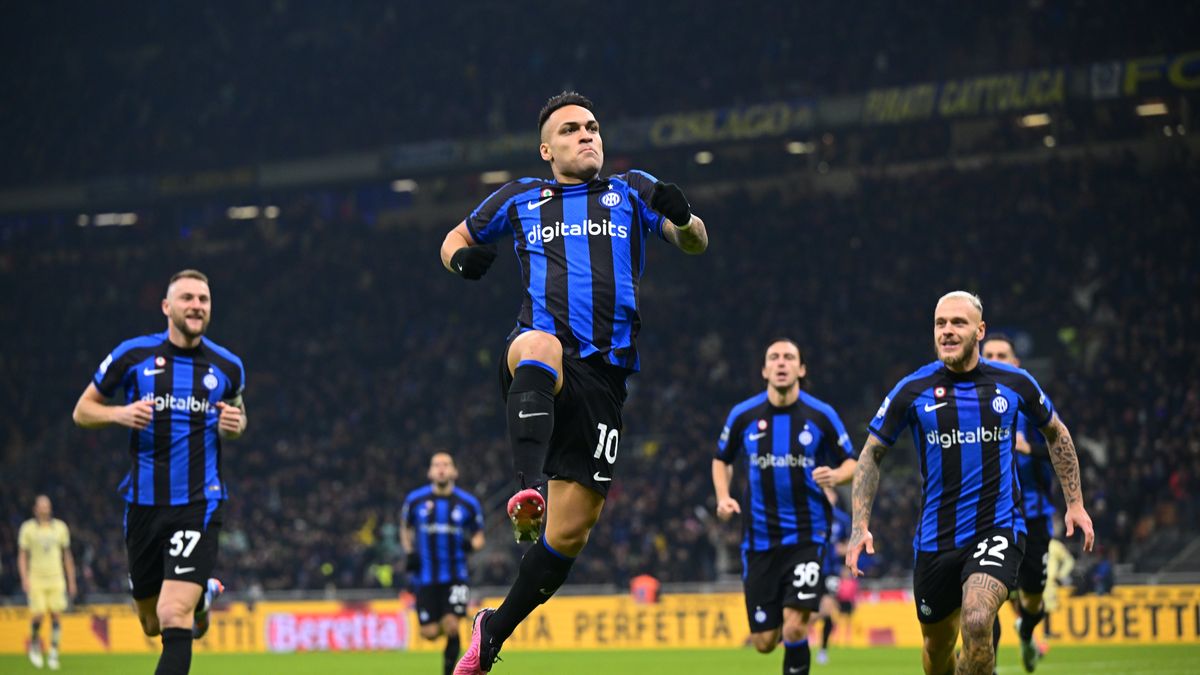 The 25-year-old, formerly of Racing Club, converted after 3 minutes of the first stage, as he took advantage of a rebound in the area, hooked and fired into the lower left corner of the goal defended by Lorenzo Montipó who could not contain the ball.

Martínez thus achieved his third consecutive conquest in 2023: today he scored the second goal in a row in the league (he scored in the 2-2 draw with Monza last date) and was in second place, with nine conquests, in the table scorers, led by Nigerian striker Víctor Osimhe (Napoli).

In addition, “Toro” scored a goal, last Tuesday, in Inter’s 2-1 victory over Parma in extra time, after drawing 1-1 in the regulation 90 minutes, and advanced to the quarterfinals of the Cup from Italy.

The victory of Inter, who took over from Tucumán striker Joaquín Correa, kept them in fourth position with 37 points and placed 10 behind the leader, Napoli (44); while Hellas Verona remains in the relegation zone with 9 units.

In another of the games that were played on the day, Milan drew with Lecce 2-2, as a visitor, and was left as the only escort for the leader Napoli

The equality -the second in a row for both teams- placed Milan, which last date also tied 2-2, at home, with Roma, as the only escort with 38 points and nine behind leader Napoli (44).

Lecce, meanwhile, which comes from a goalless draw with Spezia, as a visitor, the previous day, dropped to twelfth place with 20 units.

In another of the games played this Saturday, Monza defeated Cremonese, last, 3-2, as a visitor.

With this result, Monza moved up to eleventh place with 21 points and Cremonese remains in last position with 7 points.

The date began last Friday with the game that the leader Napoli thrashed Juventus 5-1, at home, in which the Argentine Ángel Di María, world champion in Qatar 2022, scored.

Share
Facebook
Twitter
Pinterest
WhatsApp
Linkedin
ReddIt
Tumblr
Telegram
VK
Digg
LINE
Viber
Previous article
This Sunday the series of The Last Of Us arrives: At what time and where can it be seen
Next article
Musicians: Schlager icon Drews says goodbye on stage