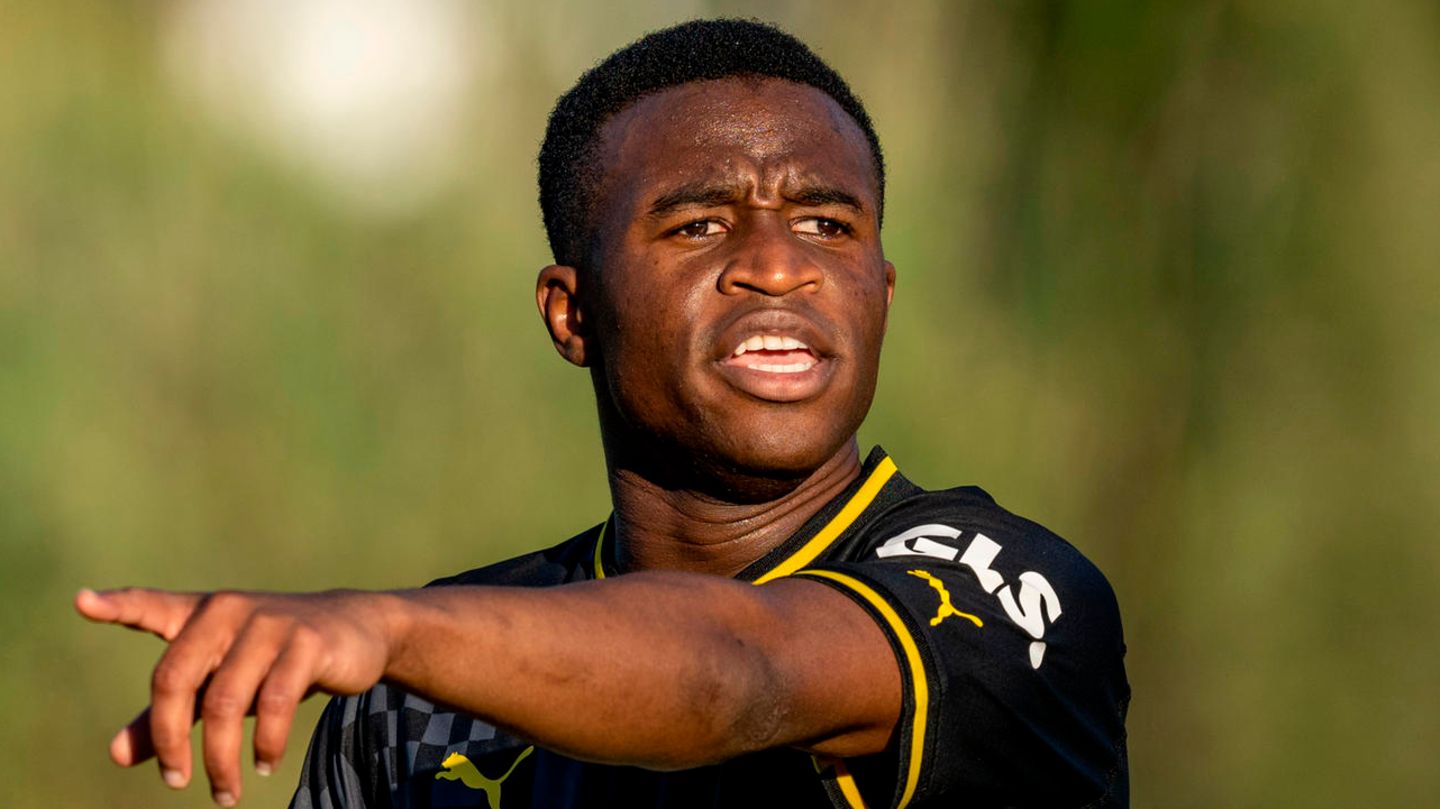 Borussia Dortmund absolutely wants to equip Moukoko with a new contract. However, the talent is reluctant to sign because top international clubs are tempting. Sports director Kehl has therefore given him an ultimatum until the end of the week.

The words are unmistakable: “Youssoufa can now accept this offer and commit to Borussia Dortmund – or we will go our separate ways,” announced Borussia Dortmund’s sporting director, Sebastian Kehl, in an interview with “Kicker”. “Youssoufa and his advisors know that we are expecting a decision this week because we want the issue to be clarified before matchday one. So that the boy can devote himself entirely to the sporting challenges.”

The 18-year-old super talent has been at the club for seven years since he came to Dortmund from the youth department of FC St. Pauli. Although he always played in a higher age group, the teenager caused a sensation from the start with exceptional goals and athletic performance. At 16, he was the youngest player in history to make his Bundesliga and Champions League debuts. Most recently, he made the leap into the national team and was part of Qatar’s World Cup squad.

For months, Moukoko’s advisors Patrick Williams and Kehl haggled over a new contract, now there is a last offer ready to be signed because those responsible want the cause to be off the table. The fact that Kehl is now publicly giving Moukoko and his adviser an ultimatum shows that the fronts have hardened. BVB is apparently annoyed by the stubbornness of Moukoko and his advisor.

More importantly, the club needs planning security for the next season because a total of eight contracts in Dortmund are expiring. These include the contracts of the two all-time stars Marco Reus and Mats Hummles, both 34 years old. The club wants to spend more time with them. But even in these cases it is by no means certain that they will be extended. Hummels himself has already announced that he still has to think about it. Reus and his advisor are also trying to put themselves in a better negotiating position. The planning uncertainty at BVB is therefore great.

Apparently, Moukoko wants to move up into a salary class with stars like Jude Bellingham, who is only 19 years old and is reported to collect six million euros a year. However, unlike Moukoko, Bellingham is a regular at BVB. At the Bundesliga club, people like to point out that in the post-Corona times, money is no longer so easy and that offers have been presented that are more oriented towards performance and stakes. However, it is not known which numbers are actually in the room.

Moukoko has been in a strong negotiating position so far because he is sought after by top foreign clubs. He could presumably make more money in the English Premier League. Most recently, Newcastle United are said to have offered £150,000 a week, as reported by the Daily Evening Standard last Tuesday. That would be the equivalent of an annual salary of almost 8.8 million euros. Apparently his agent relies on this pawn, at the same time Moukoko, who was born in Cameroon, emphasizes that he would like to stay at Borussia Dortmund. With its profile, the club would suit the young attacker perfectly, as BVB sees itself as a training club for top European talent.

Kehl never tires of emphasizing that BVB is keen to extend: “He has had an incredible amount of support from us and has worked hard himself to be successful. For many months now we have been striving to extend his contract because we are adamant about it are convinced that this club and this constellation are right for Youssoufa’s sporting perspective (…), Kehl told the “kicker”.

With the ultimatum, Kehl puts pressure on the negotiating partner, who also gambled on time and gambled to the end. That’s over now. At the end of the week they will know in Dortmund whether the home-grown talent will stay or whether the talent will leave without bringing in a fee.

Share
Facebook
Twitter
Pinterest
WhatsApp
Linkedin
ReddIt
Tumblr
Telegram
VK
Digg
LINE
Viber
Previous article
What to do against mold in the apartment? An expert provides answers
Next article
Stock exchange in Frankfurt: Dax continues to grow after a strong start to the year

Premier League: Next away bankruptcy: Liverpool lose in Wolverhampton