The International Super Cup: the first title of the year to be played by Boca and Racing in Abu Dhabi 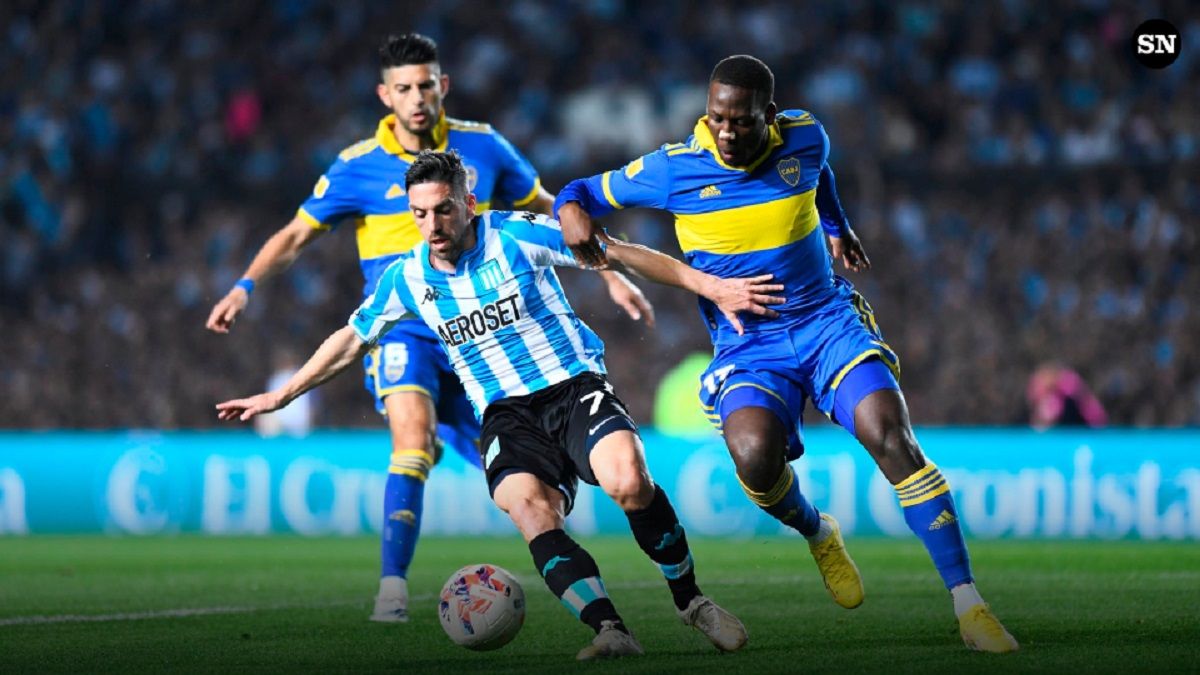 The two campuses will arrive tonight at Abu Dhabi on a shared charter flight that took off on Sunday afternoon from Ezeiza and will begin to prepare for the game that will be played on Friday at 12:30 p.m. in Argentina.

The venue of the match will be the stadium Haza bin Zayedlocated about 150 kilometers (an hour and a half by car) from Abu Dhabi.

The referee will be the World Cup fernando rapalliniwho will be assisted by Juan Pablo Belatti and Diego Bonfa.

The arbitration team will be completed with Pablo Echavarria and Gabriel Chade as fourth and fifth, respectively, while in charge of the VAR they will be Héctor Paletta with Fernando Espinoza and Pablo Dóvalo.

This final is part of a commercial and sports agreement signed by the AFA and Abu Dhabi Sports Council (ADSC) in June last year.

The contract, which includes the dispute of the Argentine Super Cup for the next four years, it began to govern in November of last year with the preparation of the Argentine national team prior to the Qatar World Cup and the friendly against the local team, led by the Argentine Rodolfo “Vasco” Arruabarrena.

However, the first official title of 2023 for world champion soccer carries a questionable decision since the Argentine Super Cup, the trophy that was reissued in 2012, is disputed by the champions of the tournament and the Argentine Cup conquered by Board of Paraná.

On December 29, the AFA confirmed in a statement that the protagonists of the final in the United Arab Emirates were going to be Boca Juniors, champion of the 2022 Professional League tournament, and Racing Club, winner of the Champions Trophy.

The entity chaired by Claudio Tapia He did not specify the displacement of the Board of Trustees of the definition but Víctor Blanco, head of the “academy”, indicated that it was a commercial decision.

For the Professional League, meanwhile, the criteria used was that Racing won the Champions Trophy and Boca was the second team that achieved the most points in the 2022 annual table, just below its rival.

In this way, the club avellaneda He will go for his official title number 39 and the second in recent months without having been champion of any of the national competitions in 2022.

The team led by Fernando Gago it was the runner-up in the last LPF tournament and the team that scored the most points in the year.

However, to access the end of the Champions Trophy had to overcome Tigre (runner-up of the League Cup) in a repechage

The final of next Friday will also have the seasoning of the last antecedent of the exciting definition of last November 6 in saint Louis.

The “Academy” kept the title after the decisive goal of Carlos Alcaraz in the 117th minute to make the game 2-1.

The celebration of the young man recently transferred to the Premier League sparked a fight between the two teams that led to a festival of expulsions by referee Facundo Tello that left Boca with six players and without the possibility of continuing the match.

From here arises the second controversy around this International Super Cup since the AFA empowered the ten protagonists who were expelled for Tello in La Pedrera.

On the Boca side they will be Frank Fabra, Luis Advíncula, Alan Varela, Sebastián Villa, Diego González and DT Hugo Ibarra without counting Carlos Zambranowho no longer belongs to the club.

On the other side they can also play Jonathan Galvan and Johan Carbonerowhile the aforementioned Alcaraz is already in England.

Those suspended must comply with the sanctions in the tournament that will begin on January 27, but it is not clear what will happen if there is someone expelled in Al Ain.

The Abu Dhabi Sports Council promotes the match through official channels, but the final has not yet been reported in the local media.

“The country of silver is actually a ‘Gold Mine'”, they published on the official account (@AbuDhabiSC) which also made different plaques to remember the previous Super Cup champions such as Arsenal in 2012 and River from the last edition. in 2019.

Outside of the controversies, the International Super Cup or the Al Ain Super Cup will be the first title at stake for world champion Argentine soccer and both Boca and Racing will do their best to add a new star.