NFL: Tom Brady and the Buccaneers are out of the playoffs 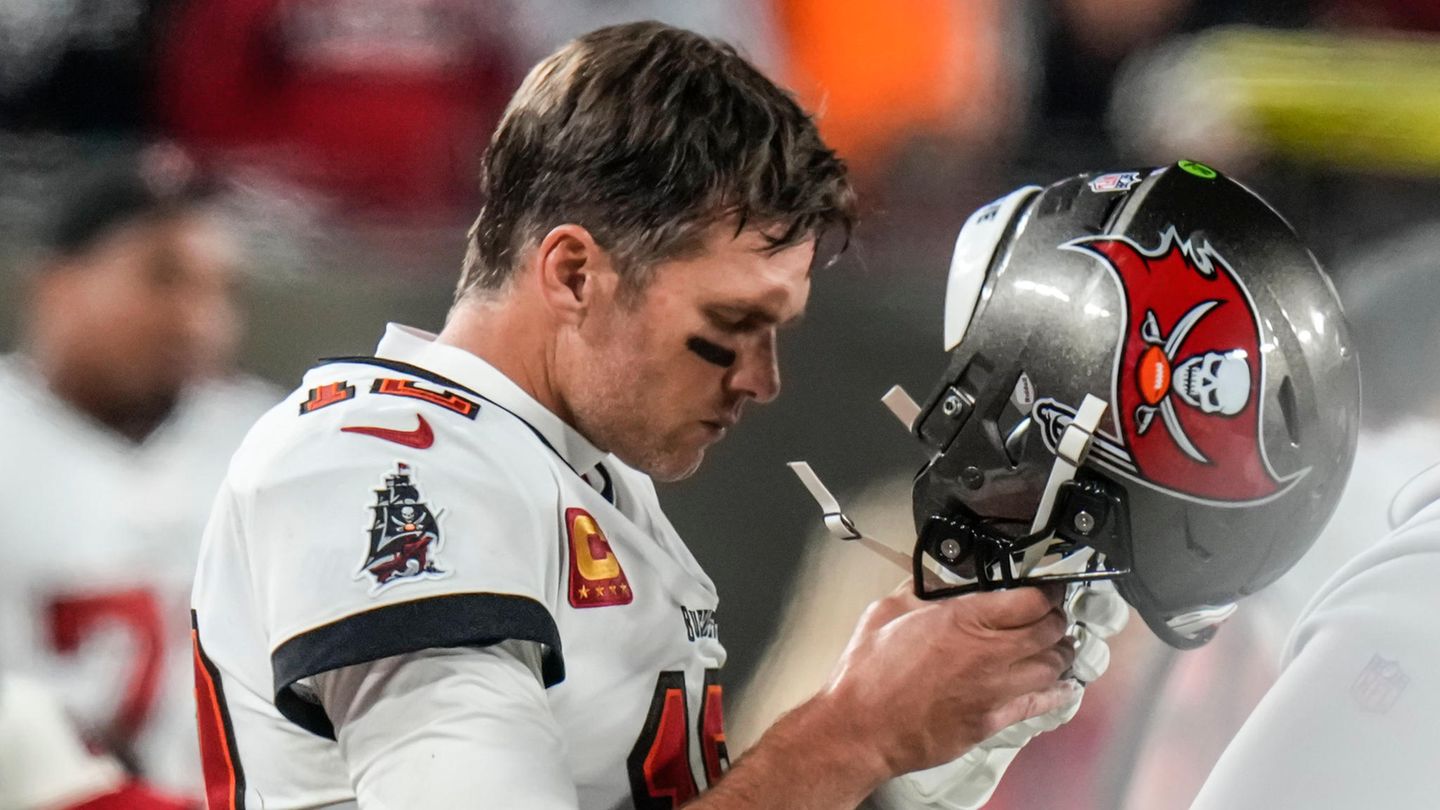 The NFL playoffs are over for Tom Brady and his Tampa Bay Buccaneers. After losing to the Dallas Cowboys, the superstar avoided commenting on his sporting future.

Tom Brady and the Tampa Bay Buccaneers are eliminated from the National Football League playoffs with a resounding loss. In what may be the last game with Brady as quarterback, the NFL team from Florida lost 14:31 to the Dallas Cowboys on Monday evening (local time) at the end of the wild card round.

Brady then avoided making clear statements about his future: “I’m going home and I’ll try to sleep as well as possible tonight. A lot of concentration was on this game. One day at a time, really.”

At halftime it was already 18-0 for the Texans around quarterback Dak Prescott, who were only annoyed by a record number of extra points awarded and will play against the 49ers in the divisional round on Sunday in San Francisco. Prescott, unlike Brady, had a strong evening, throwing four passes for touchdowns and getting one more.

From the first Super Bowl to today: a journey through football history

For Brady and the Bucs, on the other hand, a disappointing season is over, and there has been speculation for a long time about a farewell to the seven-time Super Bowl winner. Even the end of the 45-year-old’s career is not entirely out of the question. In the 23rd NFL year, Brady had experienced more losses than wins in the main round for the first time with just 8 wins in 17 games.

“It was typical of how we played all year. Not very effective in passing, not good in running. It’s hard to be a good team when you play like that,” Brady said.

For a long time, the Bucs didn’t develop any danger at all against the Cowboys and even after the first touchdown at the end of the third quarter they were largely without a chance. “Sometimes you get lucky but more often than not the team that deserves it wins and they played well today,” said Brady.

injured for the Tampa Bay Buccaneers

Bucs professional Russell Gage apparently injured his neck and neck in a collision three minutes before the end of the game and was only able to leave the field with the help of a vehicle.