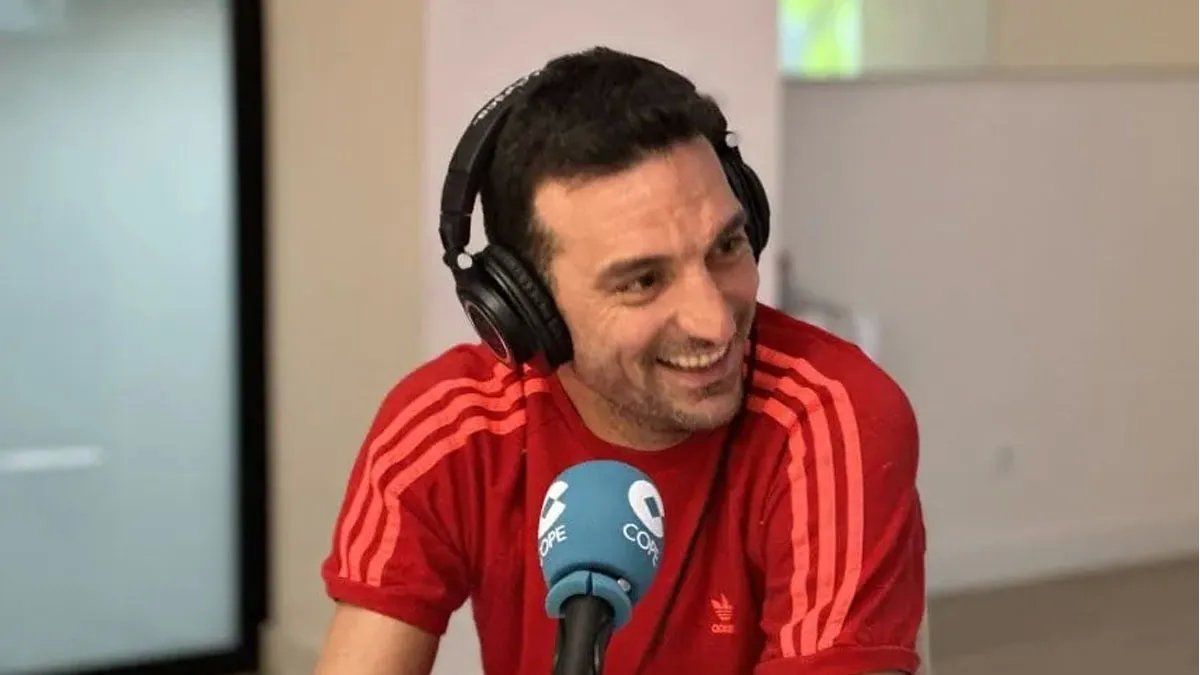 In turn, the former defender of Newell’s and Zaragoza, from Spainsaid he does not want to review the great shortcut of Emiliano “Dibu” Martinez before the striker Kuolo Maniin the last minutes of the final in Doha.

“It’s a heavy image. Maybe if I see it again, it will come in. It was a key play and it all ended there, which would have been very unfair,” said the Argentina technical director.

Scaloni, who spends his days in Majorcahis current place of residence, but next Wednesday he will be traveling to Argentina to start putting the final touches on the signing of his contract renewal with AFA, he pointed out that the technical talk of that game was “very emotional” for their directed.

“The technical talk was very emotional because it took four years of work for that. We prepared the game and said what we thought necessary. It was a thank you and I stopped there, we couldn’t continue with the emotion,” said the world champion coach.

Details of the decisive matches

scaloni also rescued the figure of the Spanish referee Mateu Lahozhighly criticized by the establishments of the Argentina and the Netherlands which ended 2-2 and led to an Argentine victory on penalties, in the quarterfinals.

“We don’t help you Mateu Lahoz. He is a great referee, I have no doubts. The match was not easy. He warmed up to what happened in the previous days and we didn’t help him. I said that he had played a good game, but the game was very hot,” Scaloni said.

Regarding the clash against the Dutch, Scaloni referred to the atmosphere that was generated in the run-up to, during and after the game, with crossed statements.

“If you click on the best of all (Lionel Messi)it’s bad for them… They provoked in the preview of the game. (Louis) van Gaal He said things about Leo, that when we didn’t have the ball we played with one less and that in the 2014 World Cup he hadn’t touched the ball; and that turns you on”, indicated Scaloni, who reiterated that Messi is “the best in history”.

The criticism received and the possibility of directing another selection

The coach from Rosario downplayed the criticism he received in his beginnings with the Argentina: “A coach who had only worked with the Sub-20 and was a field assistant… it is normal for a journalist to say, “Where did Scaloni go to be sitting on the team’s bench”. The opinions of the journalists They are opinions, and at that time that was what there was.”

In another sense, he was also open to directing another team, when asked about the possibility. “I would train the Spanish selection. Why not? It is my second home. I am in love with being here, with how they treat me. Any Argentine would say the same”, acknowledged the coach who is based in Majorcawhere he lives with his wife and children.

Finally, they asked which player from “La Escaloneta” looked alike and answered the following: “Today I couldn’t play for the national team, but I identify with (Rodrigo) De Paul. But he plays much better than me. He wouldn’t have a place in this team; the level is quite high.”