Australian Open: Nadal has to give up his dream of a 23rd Grand Slam title 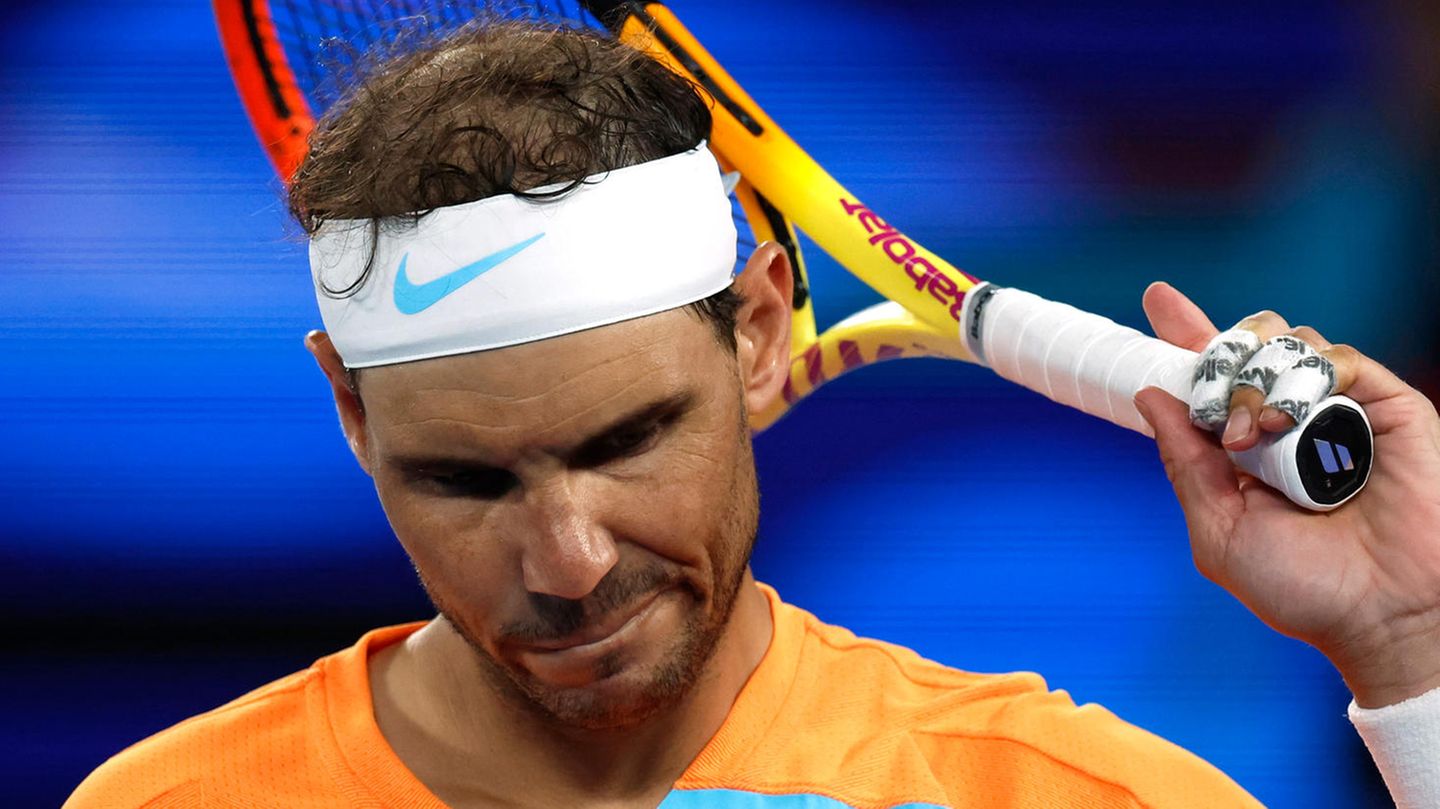 Rafael Nadal has failed in his hunt for another title record. The Spaniard was eliminated in the second round of the Australian Open by the American Mackenzie McDonald because his hip wobbled. Tears flowed from his wife.

It was a bitter defeat: the aging superstar Rafael Nadal failed in the second round of the Australian Open. The 36-year-old Spaniard lost to the American Mackenzie McDonald 4: 6, 4: 6 and 5: 7 on Wednesday and conceded his earliest exit from the hard court tournament in Melbourne since 2016. The 22-time grand injured himself at the end of the second set -Slam tournament winner on the hip, after that Nadal had no real chance of a successful catch-up.

In the stands of Melbourne’s Rod Laver Arena, his wife Maria Francisca Perello shed tears into a handkerchief. Disappointment was palpable throughout the entourage in the Players Box, with some holding their hands in front of their faces at the bankruptcy.

For Nadal, his big dream of a 23rd Grand Slam title has burst for the time being. Only last year did he secure his 22nd title by winning the French Open, making him the sole record holder ahead of Novak Djokovic (21) and Roger Federer (20). He also won the Australian Open a year ago and traveled to Melbourne as the defending champion.

Rafael Nadal: I didn’t want to give up

“I didn’t want to give up, I’m the defending champion here. Giving everything to the end, no matter what the chances are, is the philosophy of the sport,” Nadal said afterwards. He would have had slight hip problems before. He was “tired” and “frustrated” that returning from injury would be such a big part of his tennis career: “I just can’t say I’m not mentally destroyed at the moment because then I would be lying.”

Nadal looked frustrated even before his injury. The Spaniard scolded the chair umpire, on the bench he hit his racket with his hand after a break. He then injured himself while taking a long step. Nadal limped to the bench, face contorted in pain, where he received a brief treatment on the upper part of his left leg. He then disappeared into the dressing room for a medical break.

After a few minutes, the second in the world rankings returned and also directly won his service game to make it 4: 5 – but his movements were not smooth at all. Opponent McDonald seemed overwhelmed by the situation, there was a break in his previously strong game. But he recovered and advanced to the third round.

He also had to give up injured at Wimbledon

Six months ago, Nadal even had to give up due to injury at the Grand Slam tournament in Wimbledon. At that time he did not compete in the semifinals against Australian Nick Kyrgios due to a torn abdominal muscle. Nadal has also been suffering from chronic foot pain for years, which is why, according to his own statements, he had already thought about retiring not too long ago.

“Most days I was sad, I had lost the joy of playing tennis. That’s why I thought I had to retire,” he recently told the Spanish newspaper “Marca”. In the meantime, however, a new treatment is working well without being able to completely solve the problems.