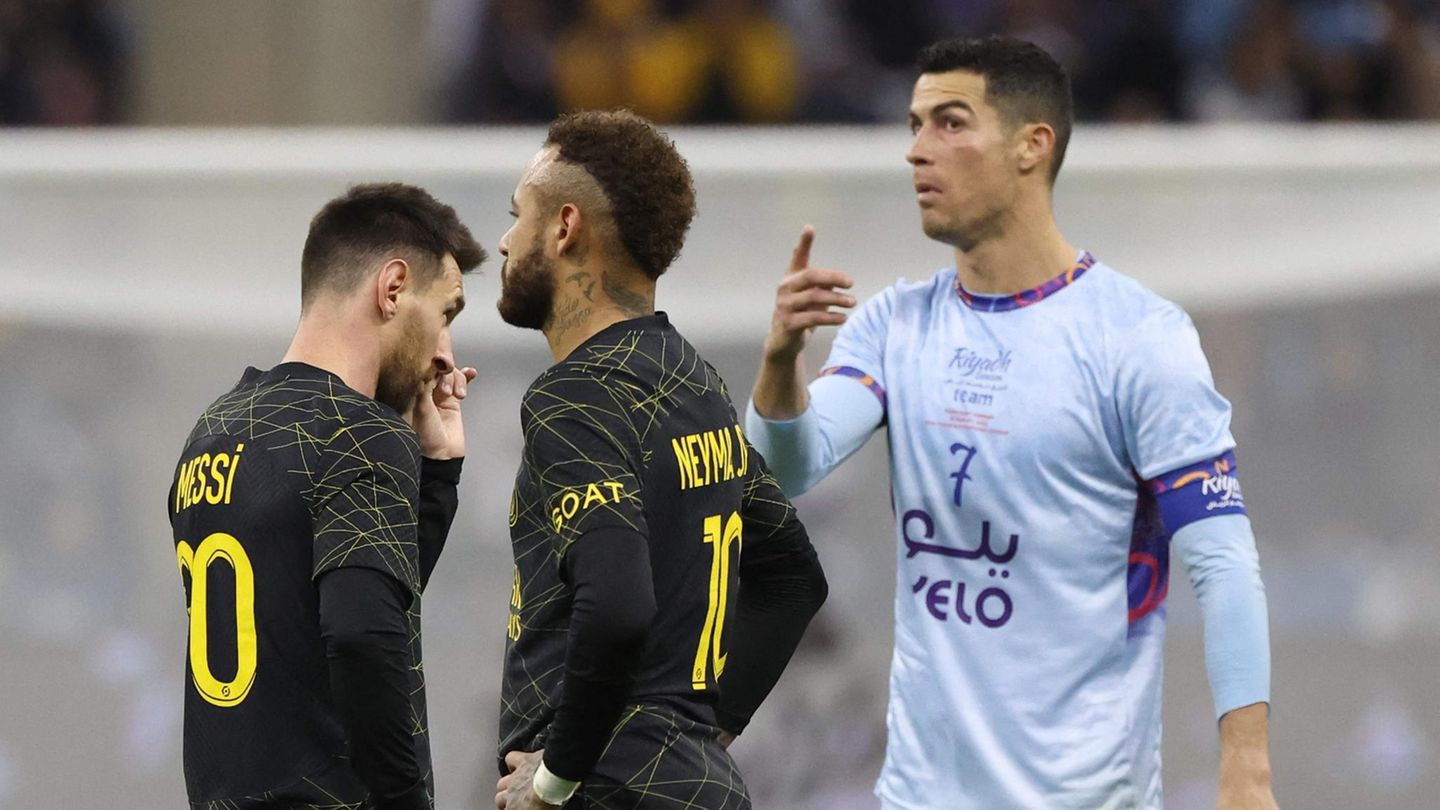 Cristiano Ronaldo gets punched in the face. Despite visible traces, he enjoys his debut as a professional in Saudi Arabia and scores twice. But the victory goes to Messi’s PSG.

Lionel Messi and Cristiano Ronaldo quickly shook hands under the noise of almost 70,000 fans in the King Fahd Stadium before a memorable football spectacle with penalties, a red card and a souvenir for the next few days in the face of the Portuguese in what may be the last duel of the two football giants began. After less than three minutes, the world champion from Argentina presented, as in the best times of the almost eternal rivals, Ronaldo even countered with a brace. In the end, however, PSG led by Messi beat a selection from Ronaldo’s new Saudi Arabian employers Al-Nassr and rivals Al-Hilal 5-4 (2-2) in Riyadh on Thursday.

There are said to have been two million ticket requests for the game of 35-year-old Messi flanked by Neymar and also Kylian Mbappé against the selection called “Riad Season Eleven” for 37-year-old Ronaldo, who captained the team to the pitch. And after a dominant initial phase by the Parisians with Messi’s early goal, Ronaldo turned things up in the 37th duel between the two multiple world footballers. However, he fell to the ground when trying to head the ball, hit by PSG keeper Keylor Navas, who, according to media reports, could soon be Ronaldo’s team-mate.

Ronaldo scrambled to his feet, caught his eye where the elbow check had left its mark and scored a little later with a penalty kick to equalize (34 minutes) – including a jubilant jump. Marquinhos (43′) brought PSG, who were outnumbered from the 40th minute after a red card against former Bayern pro Juan Bernat, put PSG back in front, but Ronaldo was there again in the sixth minute of injury time.

And the lively game continued after the break as Sergio Ramos (53′) scored for PSG, Hyun-Soo Jang (56′) leveled, Mbappé (60′) outperformed Neymar before the break and took the fourth from the penalty spot PSG goal made. That was the end of the superstar casserole: Ronaldo was substituted, as were Messi, Mbabbé and Neymar. Substitute Hugo Ekitike then scored the fifth goal for Paris, which was also more than ten million euros richer for the trip to the possible candidate country for the 2030 World Cup. Talisca set the final point in stoppage time.