Gossip against Cologne: The Bremen disease has broken out again 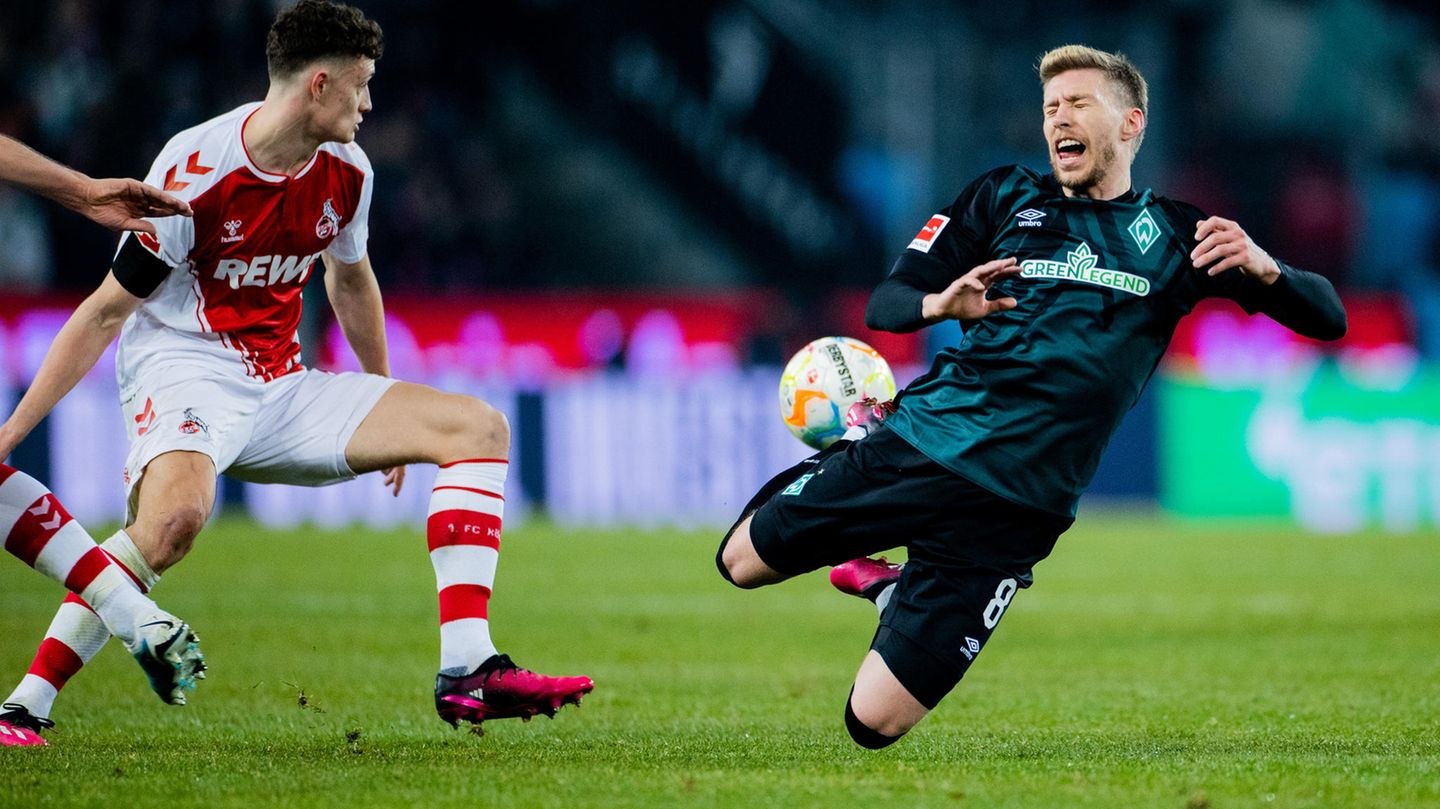 After the 7-1 defeat against 1. FC Köln, the alarm bells should be ringing in Bremen: The recent good mood and the development of top scorer Füllkrug have apparently led to overestimating himself – like two years ago in the relegation season.

Coach Ole Werner’s insight is unmistakable: “It wasn’t suitable for the top league today, of course.” Werner’s words succinctly summed up what had happened on the pitch of the Rheinenergie Stadium in the 90 minutes before. 1. FC Köln took the guests from Bremen apart, especially in the first half, using every trick in the book: “Today we were taken in good German hops. They overran us,” said Werder professional Leo Bittencourt, describing the disaster from Bremen’s point of view. In figures: 1:7. Such a result is rather rare in professional football.

The fact that Bittencourt subtly criticized the coach’s tactics (“They knew exactly what we were doing from A to Z”) is only a side aspect. In his analysis, Bittencourt overlooked the fact that his performance, like that of all other Werder pros, was sub-par, regardless of the tactics chosen. It’s true that Bremen gets problems when the opponent plays aggressive pressing and high tempo. The team is also prone to counterattacks, also because they often make mistakes on offense.

Tactics are not to blame

But the tactics were not to blame for the historic swatter (Cologne’s highest victory in the Bundesliga for almost 40 years), but the amateurish and “not suitable for the first division” appearance of the Bremen professionals. It’s a matter of the head, a question of attitude and concentration.

The situation is reminiscent of the relegation season two years ago. Bremen had 30 points after the 24th matchday and was 12th in the table. On the Weser, you thought you were safe from the descent. Complacency set in, and that had consequences. In the end, Bremen was relegated with 31 points. In the last ten games of the season, the team got exactly one point. It was a declaration of bankruptcy of the will and a merciless misjudgment of one’s own capabilities.

The parallels to the present are striking. In Bremen, people tend to celebrate themselves a little too much. That has a lot to do with the successful past. This is not reprehensible, but can be dangerous. The direct resurgence and the successful course of the season so far with 21 points from 15 games, the talented coach Ole Werner, with whom one still plans great things, and the late career explosion of attacker Niclas Füllkrug may have led to the situation again feels too safe and overestimates himself. It’s the old Bremen disease.

Werder Bremen is in acute danger

The truth is: Bremen was and has been a relegation candidate from the start. First of all, that doesn’t mean much. In view of the tight performance density, you can also advance into the middle of the table as a weaker Bundesliga team. But you can just as quickly fall deep down the table until it’s too late. Such teams have to push themselves to the limit of their capabilities in every game in order to survive.

That was not the case against Cologne. The mistakes that top performers like Marvin Ducksch (even twice) or Mitchell Weiser made before the first three goals were deadly, even in the district class. Bremen has now lost the last three games. The next opponents are heavy caliber with Union Berlin and VfL Wolfsburg. There is a danger that Ole Werner’s team will be left without any points after the games and will end up in the relegation vortex.