Football: Portugal now also has a white card – that’s what it means 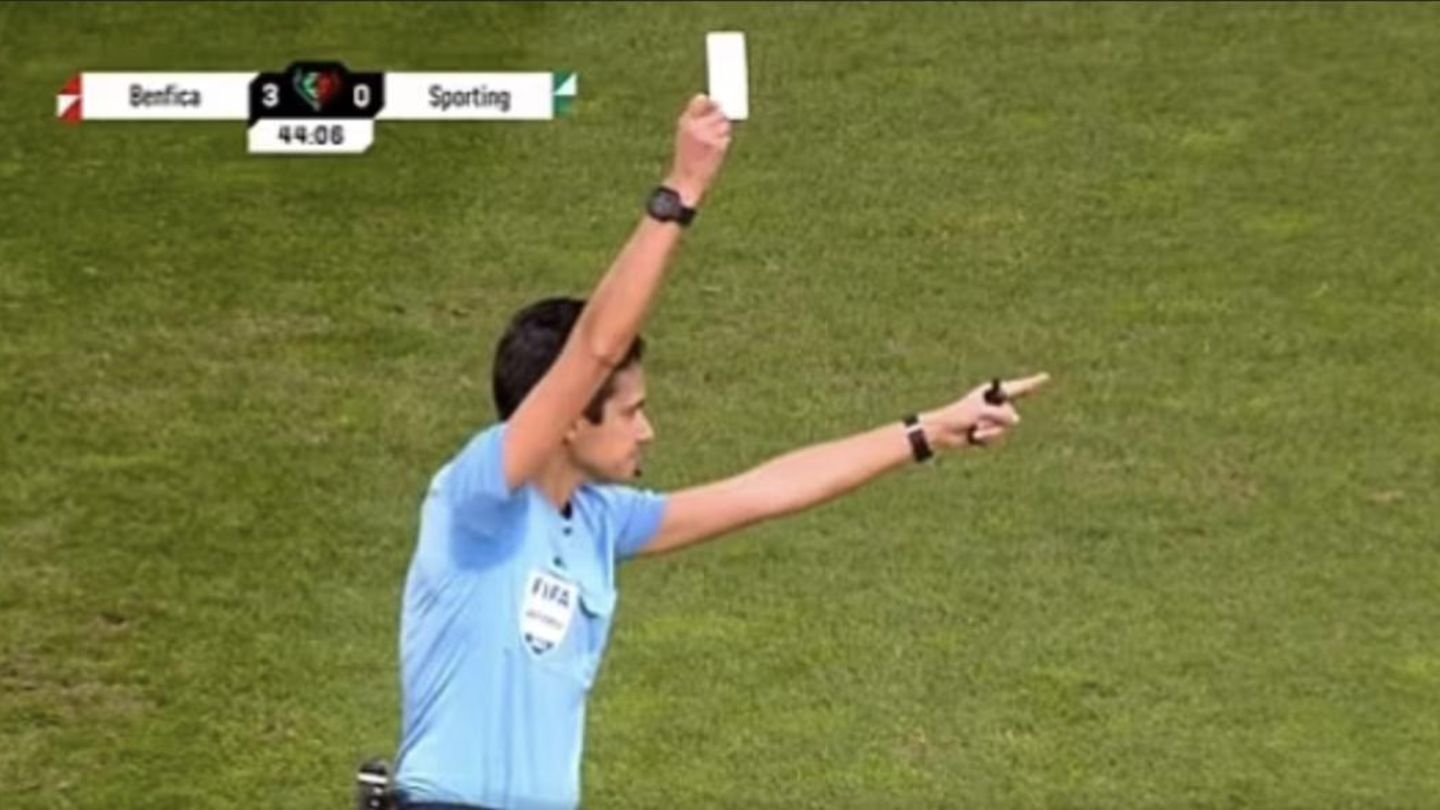 Suddenly the referee pulled out a card that was neither yellow nor red: a premiere at a soccer game in Portugal. We explain what the white card is all about.

Everyone is familiar with the yellow card and also the red card in football – they indicate that a player has broken the rules or acted unfairly and that a penalty may be due to his team as a result. That’s why nobody wants to see these cards, at least not when they concern their own favorite team. But do you know the white card? Probably not, because it’s new and has just been launched in Portugal.

The football nation not only wants to punish rule violations, but also praise fair play. As part of a whole new set of rules, not only should more attention be paid to possible concussions in players, longer stopping times should also be possible in the event of interruptions. And: The white card was introduced to praise particularly fair behavior.

For the time being, these new regulations should only exist in Portugal, but if they prove their worth there, it is quite possible that other nations will adopt the innovations at some point. The white card was used for the first time on Saturday in a game between the women’s teams of Sporting and Benefica Lisbon: referee Catarina Campos did not pull out the new card for individual players in this case, but after a short medical assignment for the paramedic teams of the two teams who were in use.

A few seconds of fame: These speedsters caused a stir with political messages and bare skin

A player who was sitting on the bench suddenly became nauseous. Medical personnel from both teams rushed to make sure the illness was not serious. Fortunately, this could be confirmed quickly. Everyone probably still has shocking moments in mind, such as the sudden cardiac arrest of Danish player Christian Eriksen at the European Championship. Nausea can be a sign of heart problems, especially in women.

From Müller to Pavard: The best quotes from the EM

Cheers for the referee

When the official then drew the card and stretched out her arm, cheers erupted on both sides of the stadium. Even fans of opposing football teams can agree that the paramedics always and everywhere deserve recognition.