Hawaii: Lifeguard wins one of the most important surfing contests 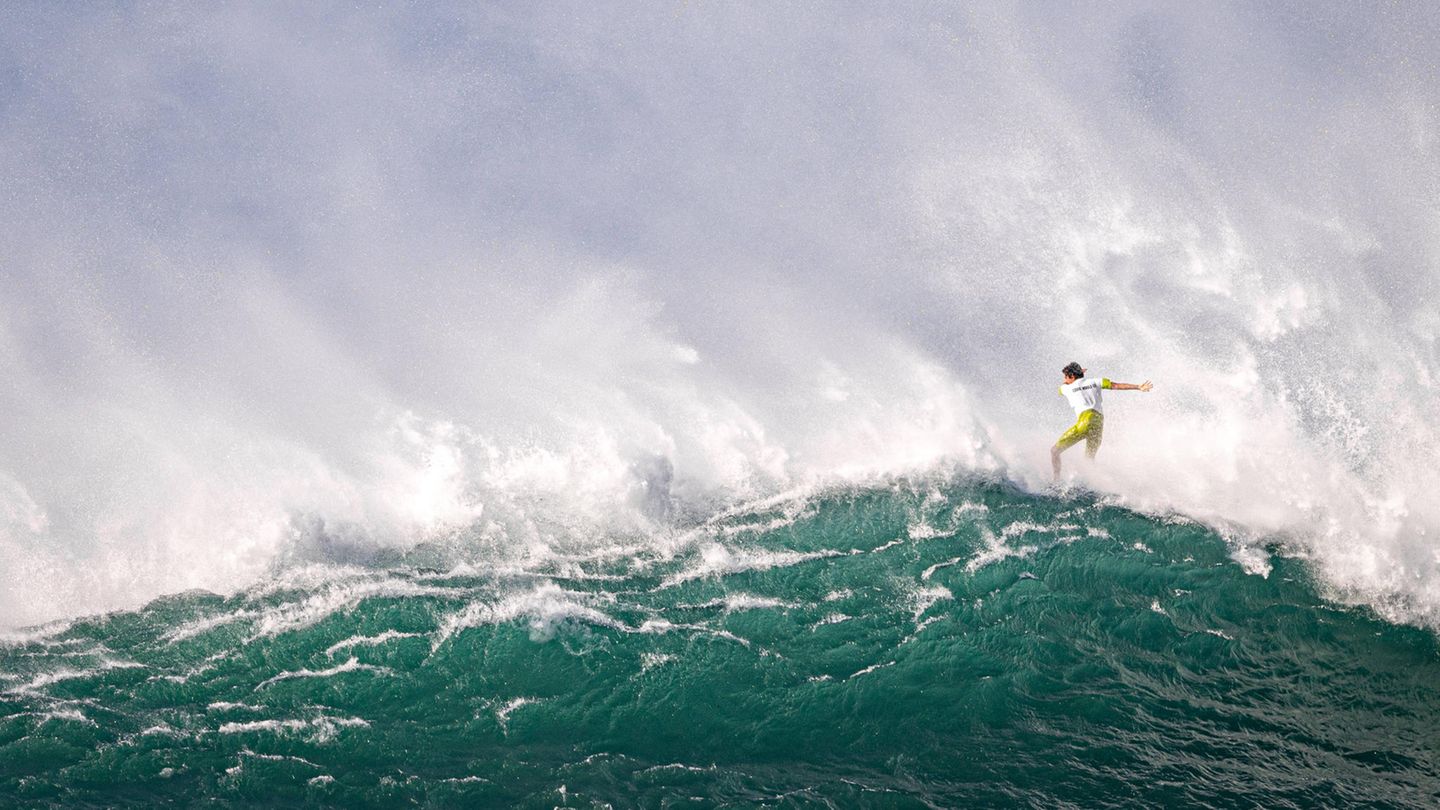 Lifeguard Luke Shepardson defeated some of the greatest in the sport at the prestigious surfing contest “The Eddie” in Hawaii – while guarding the beach.

He had to get his boss’s permission to take part: a local lifeguard in Hawaii has won one of the most prestigious and traditional surfing competitions in the world. In front of 50,000 spectators at the Eddie Aikau Big Wave Invitational Surfing Contest in Hawaii on Sunday (local time) in Hawaii, Luke Shepardson left some of the most famous names in the sport behind and scooped up the prize money of 10,000 dollars.

“I said to myself, ‘I’m in it because I can win’,” his feelings during the contest, dubbed simply ‘The Eddie’. “It was super scary. The waves were huge and it was a dream come true to even be on The Eddie, to even be on the reserve list. I can’t believe it, it’s crazy.”

Between the individual competition rounds, Shepardson had to walk back to his watchtower again and again, because he was actually on duty as a lifeguard on Sunday. And even after his victory, his shift was not over: “I have to go back to the tower to make sure everyone is okay until the end of the day,” said the 27-year-old, while still wearing his signature yellow and red wore lifeguard attire.

“The Edddie” in Hawaii only takes place in special surfing conditions

Shepardson scored (HPR) 89.1 points out of a possible 90. He is the first lifeguard to win “The Eddie”. Second place went to the last winner of 2016, Hawaiian John John Florence. The two-time world champion of the World Surf League did not manage to be the first surfer to win the contest twice. Third place went to Mark Healey, also from Hawaii.

“The Edddie” is a one-day big wave surfing competition held only when the surf is consistently big enough during the winter season from mid-December to mid-March. The wind, the tides and the direction of the swell must also be right. That doesn’t happen too often, which is why the event, although it started in 1985, has only been held nine times since.

Swell off Maui and Oahu

This year, for the first time, women were among the 40 invited participants. According to reports, Brazilian Andrea Moller made sports history by becoming the first female surfer to ride a wave in the competition.

“The Eddie” honors lifeguard Edward Ryon Makuahanai Aikau, who saved more than 500 people from drowning during his career, according to HPR, and was famous for surfing huge waves that no one else dared to ride.

Aikau died in 1978 at the age of 31 during an expedition from Honolulu to Tahiti in a traditional Polynesian canoe. The huge double-hull canoe capsized just a few hours before reaching the port in stormy weather, the broadcaster reports. Aikau volunteered to ride his surfboard to get help for the rest of the expedition members – and was never seen again. A few hours later, the US Coast Guard rescued the rest of the crew after being alerted by an airliner sighting the canoe.