Kimmich angry after 1: 1 against Cologne: “Have to be more greedy and grippy” 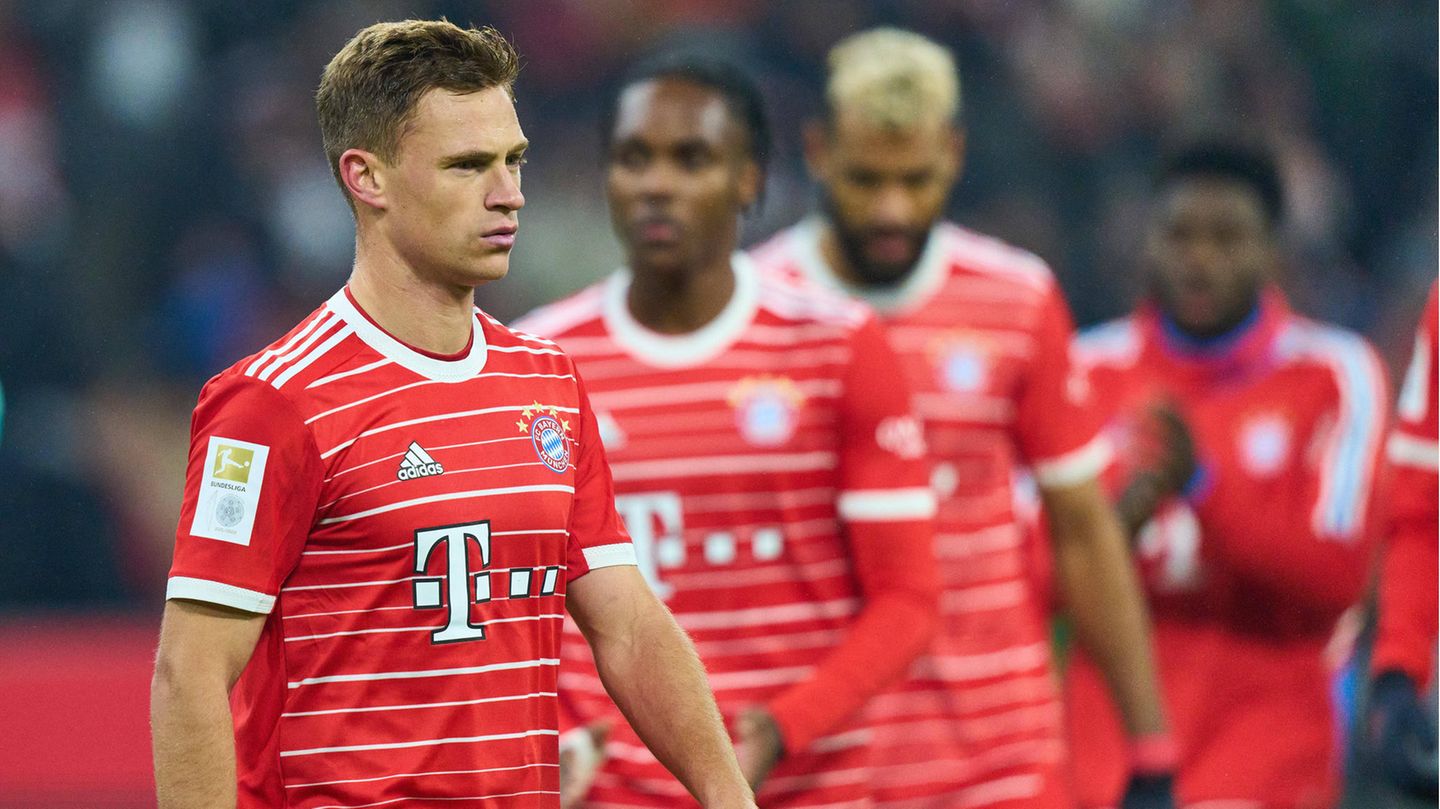 Captain Joshua Kimmich secured a late but well-deserved equalizer for FC Bayern in the Allianz Arena against 1. FC Köln with a spectacular and at the same time untenable long-range shot. He praised his team’s performance after the break and criticized the first half of the game. “For me it’s a matter of attitude. We have to be more greedy and grippy, that’s what distinguished us last year,” said Kimmich.

After the total false start to the new football year was averted at the last minute, sports director Hasan Salihamidzic also spoke plainly with a view to the last game of the English week against Eintracht Frankfurt at FC Bayern Munich. “It is now high time that we switch, that we start the same way we played in the second half, that we understand that the championship is at stake now,” said Salihamidzic after the 1-1 draw against 1 .FC Cologne.

Four days earlier, the first round of the Bundesliga had also played 1-1 in the top game at RB Leipzig. Coach Julian Nagelsmann made a similar statement after the German series champion’s two-point stutter start after the long World Cup break, which still seems to be having an effect on a number of Munich professionals. Previously there had been ten competitive wins in a row, Bayern played dominantly and effectively.

“We set the benchmark for ourselves in the second half,” said Nagelsmann about the improvement in performance in the significantly better second half against Cologne. “We should be able to do that for 90 minutes,” demanded the 35-year-old coach.

end of the winter break

Salihamidzic sees recruitment deficits among some Munich players. But there are also “some guys who want to bring the right mentality to the pitch. We’ve already had some rays of hope,” remarked the sporting director. For example goal scorer Kimmich, Leroy Sané or the substitute Frenchman Kingsley Coman, who recommended himself for a starting XI in the top game on Saturday (6.30 p.m.) in the Munich Arena against pursuers Eintracht Frankfurt.