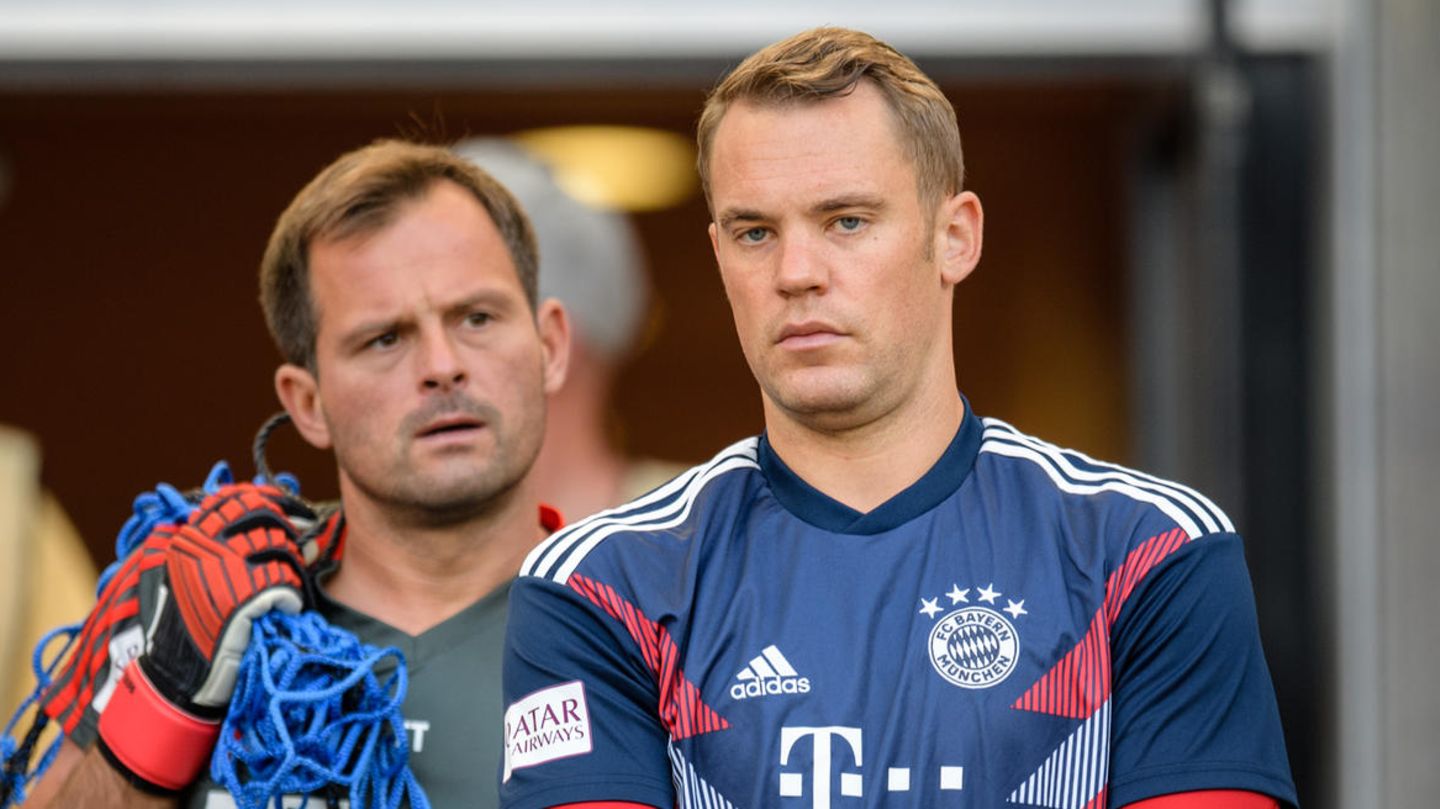 Does Manuel Neuer have to worry? The goalkeeper is said to forego his salary because of his long downtime, friend and goalkeeping coach Tapalovic has been fired and a real competitor has been signed in Sommer.

Manuel Neuer has no choice but to follow the turbulence around him from his sickbed. His friend, best man and goalkeeping coach Toni Tapalovic was fired by FC Bayern as soon as Neuer was gone. In addition, the club wants to urge the Bayern captain to give up part of his estimated 20 million euro salary because of his long downtime. And to make matters worse, the club has signed a substitute in Yann Sommer, who means serious competition. There is certainly more pleasant news for a convalescent.

What Neuer might comfort: The healing process is going well so far, they say. As a reminder, the goalkeeper was seriously injured on a holiday ski tour shortly after the end of the World Cup in Qatar. Officially there is talk of a lower leg fracture. It is said to be a fracture of the calf and tibia. It was probably an open fracture.

Some developments are worrying for Manuel Neuer

The serious injury will keep the goalkeeper out of action at least until the summer. It is not clear whether he will be fit again for the start of the new season, nor whether he will regain his old strength. The keeper will be 37 in March. That’s an old age for a goalkeeper too.

If you take the latest news and announcements from the Bayern cosmos, you might get the idea that the record champions are planning for the time after Neuer.

The fact that you want to talk to the goalkeeper about a salary cut plays the least role in the question. In the case of normal employees, the wages continue to be paid for six weeks, after which you receive a lower sickness benefit from the health insurance company. Neuer is said to have a clause in his contract that guarantees him full wages for four months. But the long absence and the expensive commitment of the Gladbach keeper Sommer (for eight million euros plus bonus) have an impact on Bayern’s transfer fund. The club wants to counteract this. With a rumored annual salary of 20 million euros, a salary cut is worthwhile for the club.

Neuer’s standing in the club may have suffered

More worrying from Neuer’s point of view is that the anger at him in the club’s management is likely to be great. Risky holiday pleasures such as skiing are not welcomed, even if they are not explicitly prohibited in a contractual clause. Neuer’s long absence has put Bayern in trouble because they suddenly have to do without their regular keeper in the decisive phase of the season.

With the signing of the Swiss national goalkeeper Sommer, sports director Hasan Salihamidzic landed a transfer coup, but at the same time he fueled the question of Neuer’s future. Sommer is an outstanding goalkeeper who is not so easy to oust from the goal. Here, too, the question comes into play as to whether Neuer will build on old achievements again.

Another reason for concern is that as soon as he is out of action, the club fires his friend and goalkeeping coach Toni Tapalovic. Apparently, dissatisfaction with the Croatian had been great for a long time. “I’m not one to point the finger at anyone, there are always several parties that play a key role. This cooperation never came about in the way we imagine it to be, which is why we took the step,” said coach Julian Nagelsmann the personnel quite cloudy. “In particular, differences about the way we work together have now led to us going our separate ways,” said sports director Salihamidzic. He did not say what kind of differences they were.

Tapalovic’s exit is a big break for Neuer. The goalkeeper brought the Croatian with him from Schalke in 2011, Tapalovic was and is a close friend, was best man and they even spent holidays together. Despite the long-standing differences between Nagelsmann and Tapalovic, Bayern didn’t dare throw their keeper’s confidant out as long as he was fit and present. The fact that they immediately took advantage of the goalkeeper’s long absence casts a strange light on the internal distribution of power. This is bad news for Neuer.