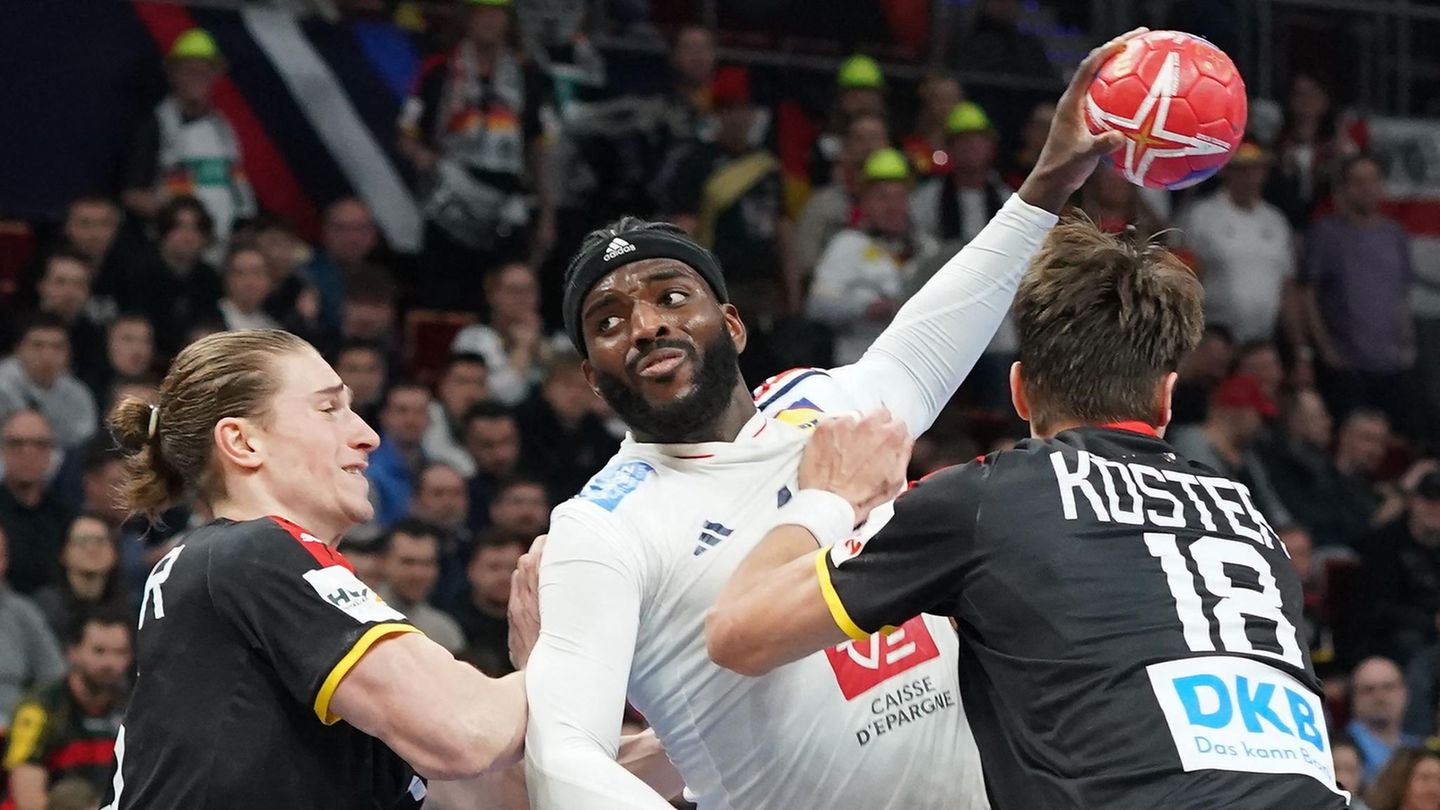 For a long time, the DHB team held out against France in the quarter-finals of the Handball World Championship. But in the end it was 28:35 – and Germany only reached 5th place at most.

End of the medal dream: Germany’s handball players missed the entry into the World Cup semi-finals despite a long and passionate performance. The team of national coach Alfred Gislason lost on Wednesday in the quarterfinals against Olympic champions and record world champions France by 28:35 (16:16) and is now only fighting for places five to eight.

The DHB selection must continue to wait for the first precious metal at a world championship since the gold triumph 16 years ago. Because in the end what happened against the French was exactly what shouldn’t happen against such a team: too many mistakes. Despite the defeat, the young team’s World Cup journey, for which captain Johannes Golla was the best scorer with six goals, continues on Friday in Stockholm with the duel against African champions Egypt.

It was clear beforehand that the German team would only go into this game against France as outsiders. France is record world champion, Olympic champion and had previously won all games at this World Cup. The roles were clearly distributed in front of around 5,500 spectators in Gdansk. Only: You didn’t see that on the field at first. Because the DHB selection made an excellent start to the game.

This was partly due to the fact that Andreas Wolff showed a strong performance in goal from the start. The 31-year-old had excelled in previous games at the tournament in Poland and Sweden and confirmed his exceptional form against France. Wolff parried a number of throws by the opponent, which was the basis of the German game.

In the 16th minute, the DHB selection even led by four goals (11:7) – and France’s coach Guillaume Gille took the first break. Whether it’s Dika Mem, Nedim Remili or old star Nikola Karabatic: Gille has a number of exceptional handball players in his squad. What the French are capable of in defense and attack, they also showed against the Germans. But they opposed it.

At least for a long time. Only in the final phase did the DHB team allow themselves a longer phase of weakness, which France mercilessly exploited. Shortly after the first French time-out, technical errors had already shaped the German game for the first time: Within around three minutes, the Olympic champion equalized the initially clear German lead.

At first, a gripping duel developed at a crazy pace. Both teams attacked and they did so without wasting any time. When Germany wasn’t on the offensive, the French were. It went back and forth. And it stayed tight.

“An absolutely racy game with a huge pace and a huge heart from both sides,” said DHB sports director Axel Kromer at the break. “Having every chance of winning against the Olympic champions at half-time is definitely a great thing.”

It was amazing again how the just 22-year-old Juri Knorr acted. The youngest in the German team also directed the attacks of the DHB selection against this world-class opponent. In addition, he converted almost every one of his throws. Knorr in attack and Wolff in goal: this duo had already carried the DHB selection through the tournament with their strong performances.

But this time it wasn’t enough. Because in the final phase exactly what happened towards the end of the second half happened: too many technical errors. And a team from the top of the world exploits them mercilessly.