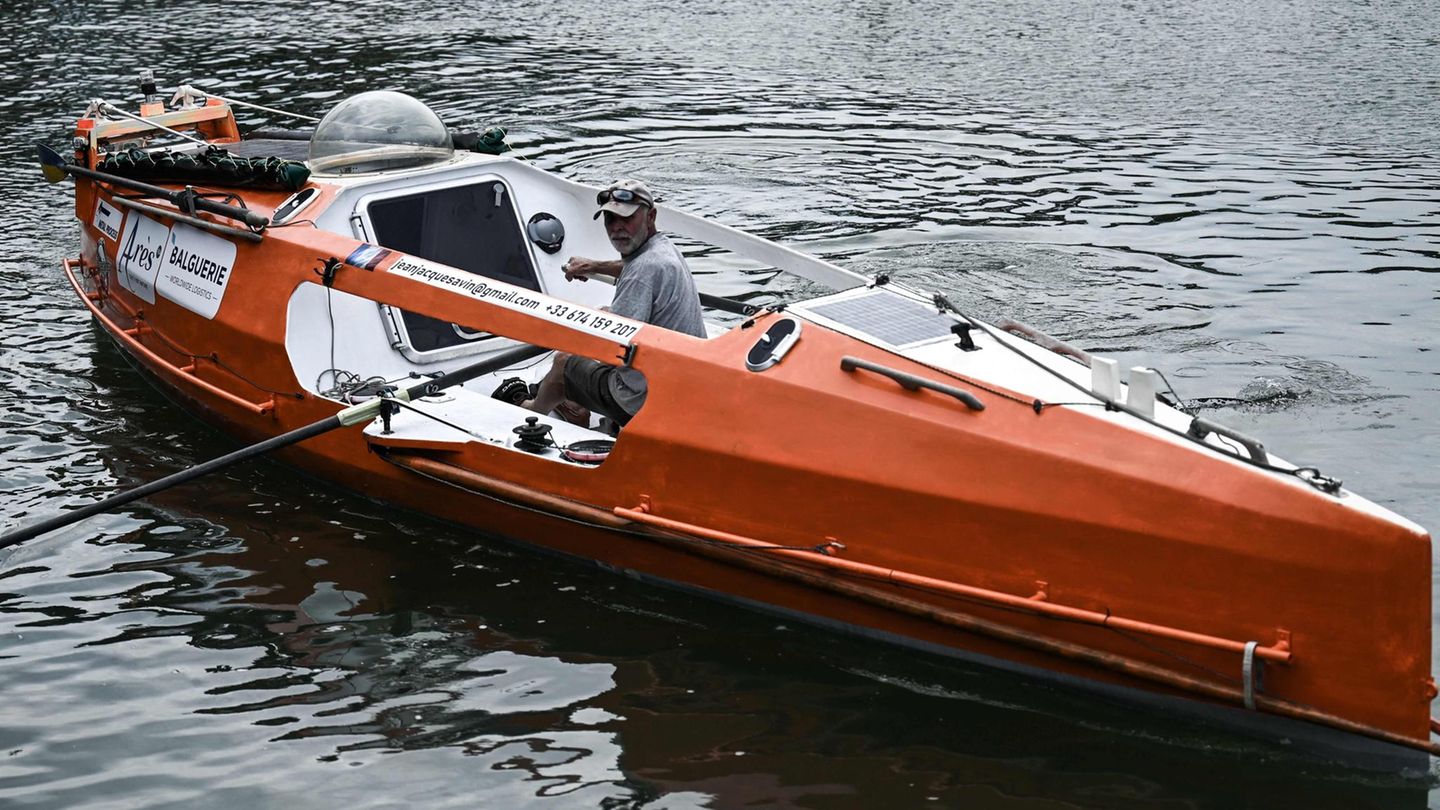 Jean-Jacques Savin once floated across the ocean in a barrel. Now he wanted to make the route from Europe to the Caribbean by rowing boat – and had a fatal accident in the process.

Many people will remember how a French adventurer crossed the Atlantic in a giant orange barrel in a voyage of more than 120 days in 2019. Back then, you could follow the more than 5,000-kilometer tour across the water on Facebook. Jean-Jacques Savin managed to reach the Caribbean in his self-built survival barrel without his own power. At that time he was already over 70 years old.

The grief among the fans of the former paratrooper and enthusiastic triathlete is great worldwide – because Savin now had to pay for another adventure with his life. He was on his way from Europe towards the American continent – all alone in his rowing boat.

“It is with great sadness that we have just learned of the death of our friend Jean-Jacques Savin,” wrote his support team on Facebook. The body of the 75-year-old adventurer was found in the cabin of his rowing boat “L’Audacieux” (“The Bold”) .

Media around the world reported on the tragic case. The exact circumstances of his death are therefore unclear and have yet to be investigated. As CNN writes, the Portuguese coast guard discovered Savin’s capsized boat near the Azores on Friday. His body was then found on Saturday by a diver who had managed to get to the cabin of the capsized boat.

“Unfortunately, this time the sea was stronger than our friend who loved seafaring and the sea so much,” wrote his support team.

Shortly before his death, Savin was apparently in deep trouble, according to the reports. So the contact to his team was broken off on Friday. On Friday night he set off two flares to signal that he was in a dangerous situation.

Savin set sail from southern Portugal on New Year’s Day in his rowing boat, eight meters long and 1.70 meters wide, for his Atlantic crossing. However, the wind turned out to be unfavorable, which is why he decided to take a different and longer route. As with the journey with the barrel, his destination was once again the Caribbean. According to the confessions, his boat was loaded with around 300 kilograms of equipment and supplies.

On January 14, the adventurer celebrated his 75th birthday – with champagne and foie gras, as several media reports. This sounds exotic to German ears, since the production of foie gras is prohibited in this country because of the extreme cruelty to animals.

With his planned crossing of the Atlantic by rowing boat, he had “wanted to cheat old age,” as it was said. The fact that his situation was becoming risky had apparently already become apparent in the middle of last week. So he wrote on Facebook on Wednesday that his trip should be a good 900 kilometers longer because of the strong winds. He also reported problems with his solar energy. But he probably wasn’t afraid and wrote optimistically: “Be sure – I’m not in danger”.

Watch a video from our archive that explains Jean-Jacques Savin’s adventures just after his departure.

Disgrace in Vaduz: “It was an insult for every Rapid fan”