Porsche 99X Electric: The electric racing car that is supposed to bring victory in Berlin 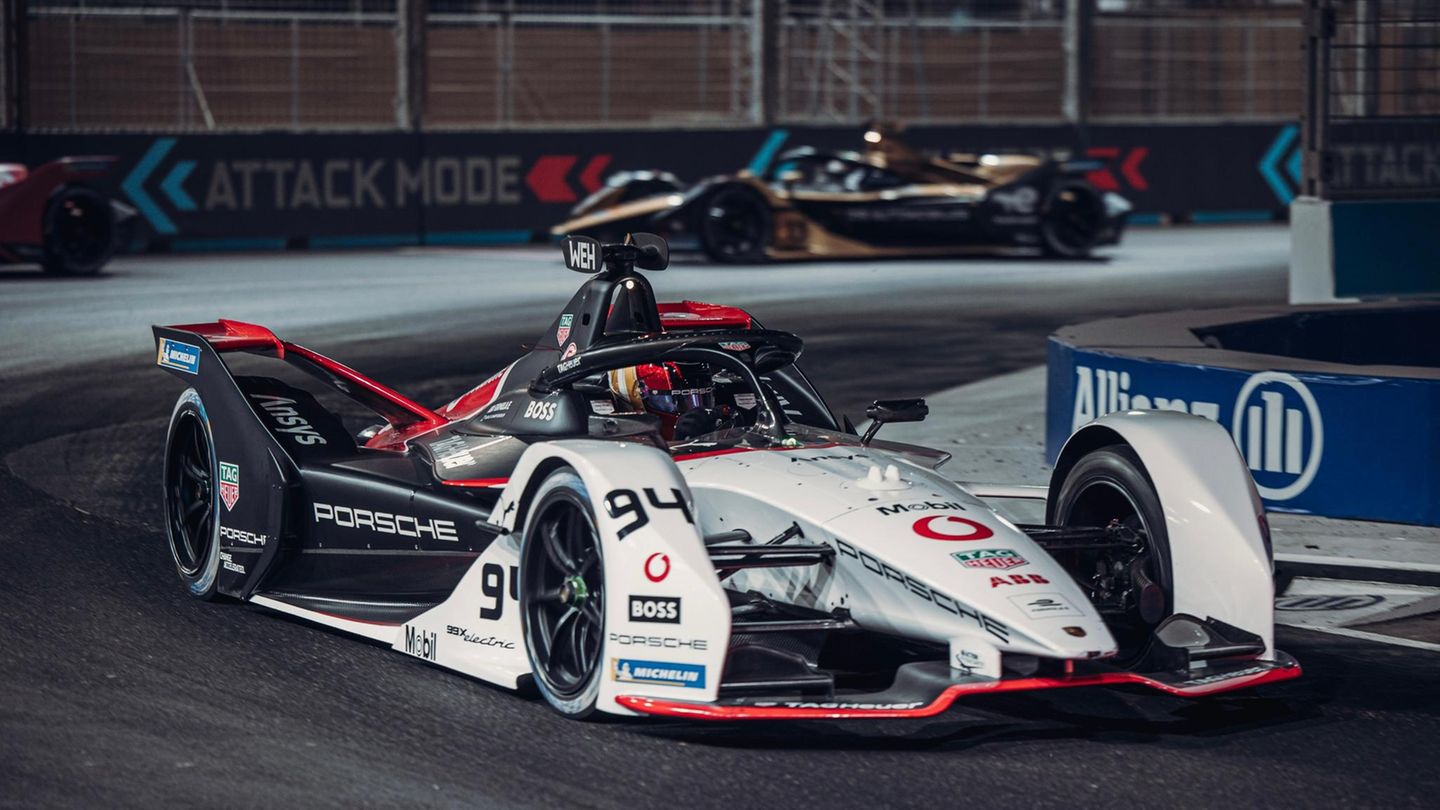 Hopes for the upcoming Formula E weekend (May 14th, 15th) in Berlin are high. The Porsche team is currently in the middle of the field in the ABB FIA Formula E World Championship, which is now entering the 7th and 8th day of racing at the closed Tempelhof Airport.

In addition to the Porsche team with the two drivers André Lotterer and Pascal Wehrlein, the hopes of the German car manufacturer are the Porsche 99X Electric, a racing vehicle designed for maximum performance with a purely electric drive. It premiered in August 2019.

Equipped with 18-inch tires and a lithium-ion battery with a capacity of 52 kWh, the 99X Electric can recover a maximum of 250 kW of energy with the help of recuperation – and thus extend its range. To this end, Porsche has developed its own engine, transmission, braking system and control unit. The key difference to electric road cars is the drive train, according to the carmaker. Porsche calls this the “Holy Grail of the Porsche 99X Electric”. Each team develops it themselves. The permanently excited synchronous machine also plays an important role in the drive concept.

The 99X Electric works with 800 volt technology, which is also installed in the first all-electric production car from Porsche, the Taycan. The maximum power is specified as 340 hp, although it is regulated to 299 hp in racing mode. The racing vehicle has an “attack mode” and a so-called fan boost, which can increase performance to 340 hp.

According to Porsche, the Stromer, which weighs at least 900 kilograms (including the driver), accelerates from 0 to 100 km/h in 2.8 seconds and reaches a top speed of 280 km/h.

The ABB FIA Formula E Championship was held for the first time in 2014. There are usually one or two race days per month, with venues constantly changing. This year there are 16 races and 12 venues, including Monaco, Rome, Marrakesh and New York. The opening race took place in Diriyah, Saudi Arabia in January. The electric racing series ends on August 14 in Seoul. 22 drivers from 11 teams take part. A race usually lasts 45 minutes plus one lap.

Porsche started its first season in the 2019/2020 ABB FIA Formula E Championship. The carmaker is now in its third season. In addition to Porsche, Mercedes, Jaguar, Nio and Nissan also provide racing vehicles. The latter also has a German driver on the team in Maximilian Günther. The Mercedes team is currently leading the table in the racing series. Porsche is in 6th place.

In Berlin there should now be another success. In addition to the race, visitors can get driver autographs, take virtual race drives on racing simulators, and Formula E partners exhibit e-cars and e-bikes. Visitors can test drive the latest e-vehicles. And there is also a “Bobby Car” route for the little visitors.