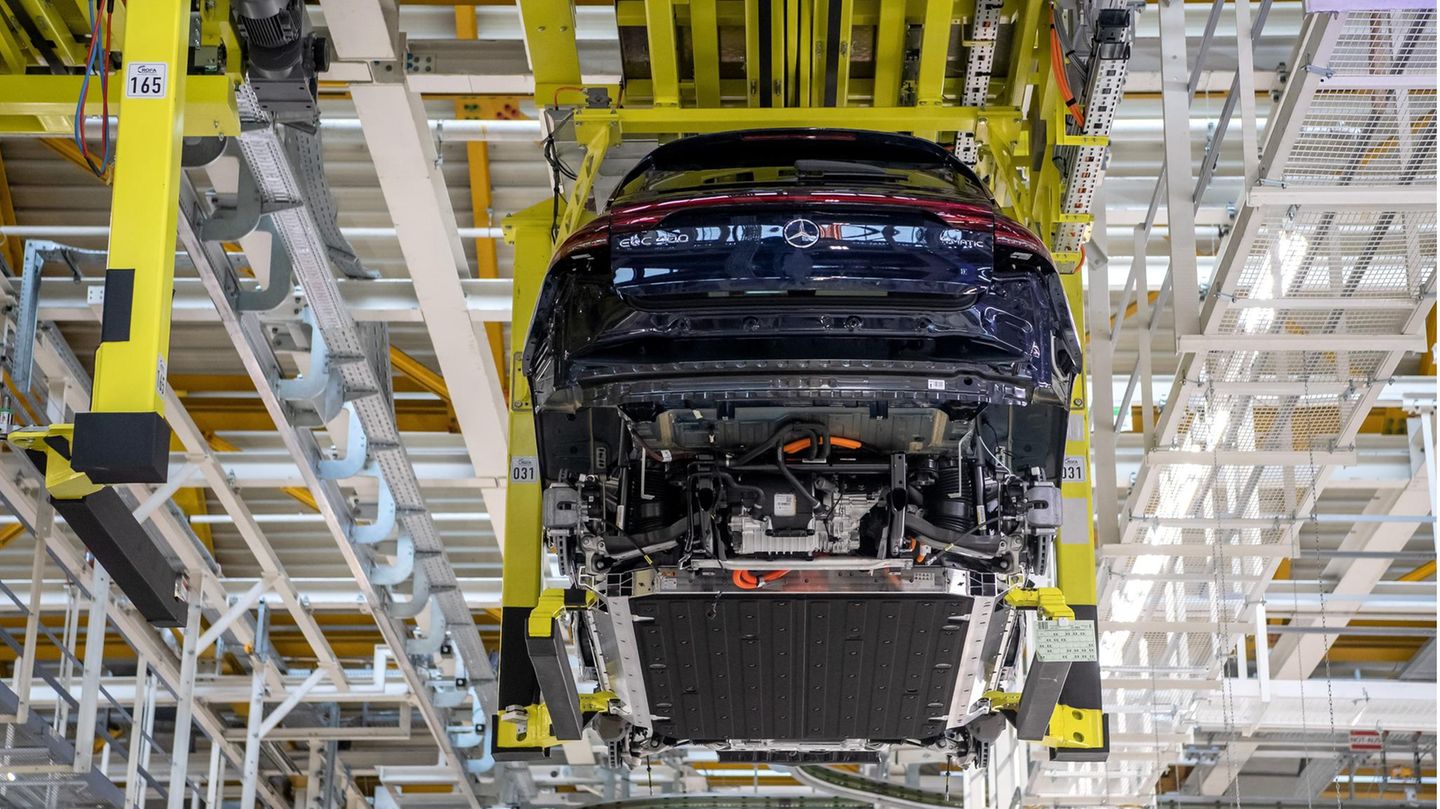 More efficiency and double the range for its electric cars: This is what Mercedes promises. To this end, the car manufacturer has entered into another partnership for the development of solid-state batteries.

New batteries should enable electric cars to have a much longer range in the future. To this end, car manufacturers are now also working with battery manufacturers – and are increasingly relying on the promising solid-state battery. Mercedes is now getting support from Taiwan. The Stuttgart-based company is investing a “high two-digit” million euro sum in the development of solids technology at Pro Logium.

Mercedes announced on Thursday: “The first jointly developed solid-state batteries could be used in Mercedes-Benz test vehicles in the coming years.” In the second half of the current decade, they will then be installed in selected models. Because by the end of the decade, Mercedes intends to go fully electric and rely exclusively on electric cars, provided market conditions allow.

According to their own statements, Mercedes has been working with Pro Logium on battery development since 2016. With the cooperation that has now been expanded, the carmaker promises to “further expand” its claim to leadership in battery technology.

“Efficiency and range are the new industry benchmarks for electric cars. Solid-state technology has the potential to significantly reduce the size and weight of the battery,” says Daimler Board Member Markus Schäfer, who is responsible for development and purchasing. Vincent Yang, CEO and Founder of Pro Logium announces plans to ramp up the battery factory by the end of 2022. They want to “work towards successful mass production,” he continues.

With solid-state batteries, the charge is no longer transported through a liquid carrier material. As a result, the lower weight of the cells increases the range – and the battery can be charged more quickly. Mercedes believes that solid-state technology can “redefine the cost, scalability and energy density of electric vehicle batteries.” According to this, a solid-state battery can almost double the range of today’s lithium-ion battery cells.

Mercedes is also working with Catl to promote the production of lithium-ion batteries. A battery from the Chinese battery manufacturer is installed in the EQS. The sedan manages up to 784 kilometers according to WLTP. The cooperation with the US battery developer Sila Nanotechnologies, which uses silicon for battery development, dates back to 2019. At that time, the Stuttgart-based company announced the joint development of lithium-ion battery materials.