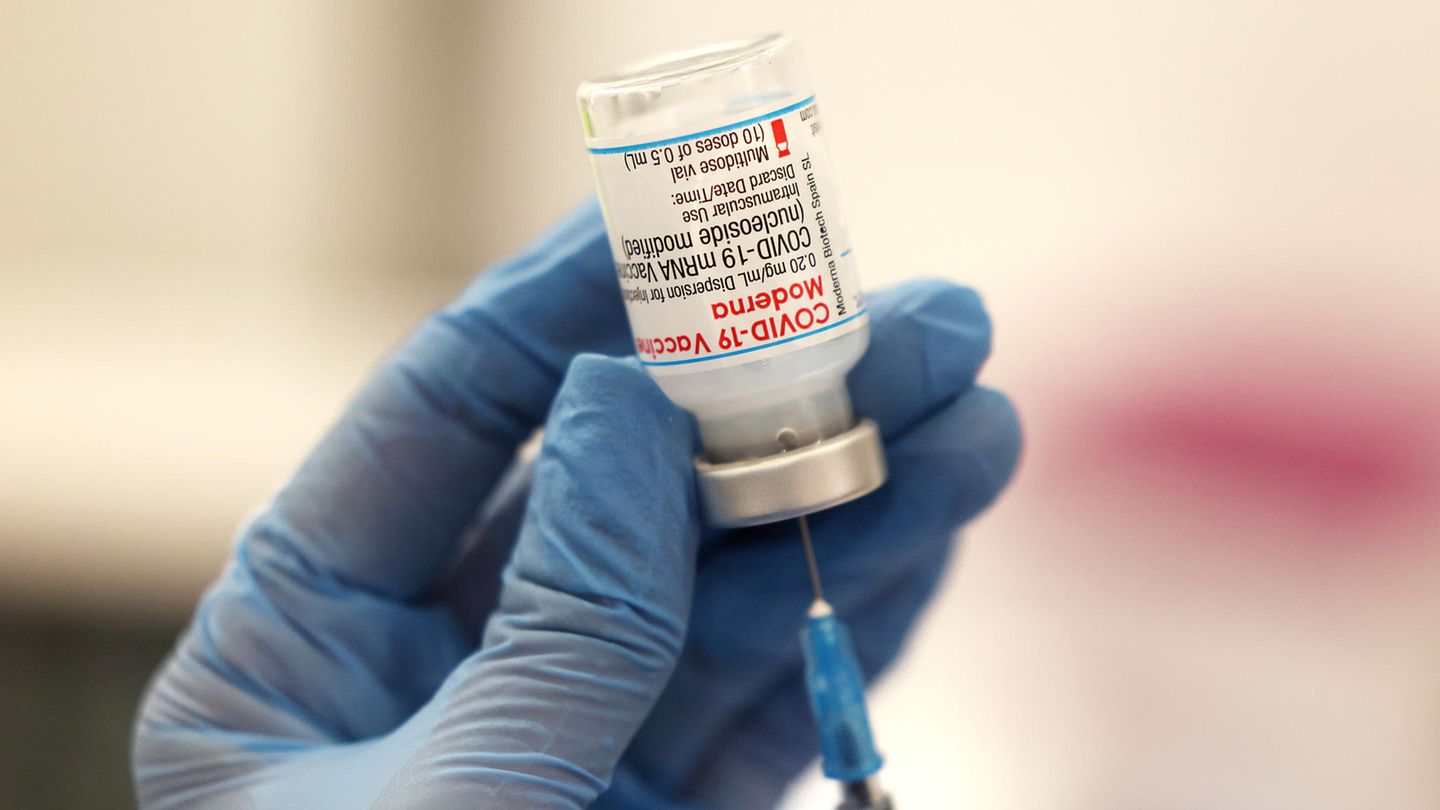 Around half of the people in Germany have already received the booster vaccination against Corona. Will a fourth dose of vaccine be needed soon?

Israel is one step ahead in the fight against the pandemic these days, again. The nine-million-inhabitant state was not only the first country to start a broad vaccination campaign against the corona virus at the end of 2020. Fourth doses of vaccine against the corona virus have recently been administered in Israel – one booster after the booster, so to speak. More than 610,000 people have already received the fourth dose. Among them are mainly over 60-year-olds, immunocompromised and medical staff. A corresponding recommendation has been in place for them in Israel for some time.

An Israeli expert council has now extended this – to all persons over the age of 18. So far, the Ministry of Health has only partially followed the advice. The next groups should now be adults with previous illnesses; as well as those who have an increased risk of infection due to their job. The prerequisite is that the third vaccination was at least four months ago, the ministry announced on Wednesday evening. In addition to Israel, a few other countries rely on the fourth vaccine dose. Denmark for example. Or Hungary.

In Germany, on the other hand, only one booster has been used so far – with vaccination dose number three. have already received the booster vaccination. This corresponds to just over 43,400,000 doses of vaccine. With a view to Israel, however, many in this country are also asking themselves: Will a fourth dose of vaccination be necessary soon?

German experts currently consider this unlikely – at least for the majority of the population with a healthy immune system. The Standing Vaccination Committee (Stiko) does not currently recommend the fourth dose of vaccination either – but it does recommend a booster, i.e. a third vaccination. And the

Nevertheless, Covid-19 diseases have also been found in people with a double booster who had not received a double booster, an Israeli study showed. Whether the benefit of the fourth vaccination is great enough to make a recommendation for the general population is therefore still a controversial topic among scientists, including in Israel.

When looking at the numbers, it should be noted that the vaccine from Biontech/Pfizer is mainly used in Israel. The vaccination scheme is thus more homogeneous than in Germany, where other vaccines were also used for the first and second vaccination. The data should therefore not be transferrable one-to-one.

The Berlin vaccine expert Leif Erik Sander (Charité) currently does not consider a recommendation for the general population to be sensible, as he said in a discussion with the Science Media Center last week. Nevertheless, he advised to weigh up – on the basis of your own risk profile. In his opinion, the fourth vaccination dose could be an option for high-risk patients after individual medical advice. As an example, he cited patients whose immune system was suppressed by medication.

The Munich virologist Ulrike Protzer sees it similarly. She also doesn’t think much of a blanket recommendation at the moment, but she also advises an individual approach. There are certainly groups where it makes sense “to think about a fourth vaccination now,” says Protzer. As examples, she gave older people who have had cancer treatment and people who take drugs that suppress the immune system. For them, a fourth vaccination could be “quite useful,” said Protzer.

What is important in the current situation

According to the experts, boosted and otherwise immune-healthy people are well protected in the current omicron wave. “The basic immunity with ideally three injections protects very well against serious illnesses that lead to hospitalization or even death,” says Sander. It is therefore still important to be vaccinated with the currently existing and approved vaccines.

According to Sander, it is not possible to say with certainty how the vaccines will continue in the coming months. Basically, the expert sees various possible scenarios: It is conceivable, on the one hand, that people who have been boosted and otherwise healthy, whose burden of disease has been massively reduced by basic immunity, will boost themselves through repeated contact with the virus.

However, it is questionable whether these breakthrough infections can also be tolerated in older people. Sander referred to the higher risk of severe courses, which could make a booster vaccination necessary in this age group – possibly with an adapted vaccine.

Maybe, according to Sander, the general population needs another round of booster vaccinations. You just don’t know enough about the variability of the virus and the variants that could still come.

The good news is: At least in the current Omicron wave, this should no longer be necessary.