identify those responsible for the transfer of the Bolsonaristas 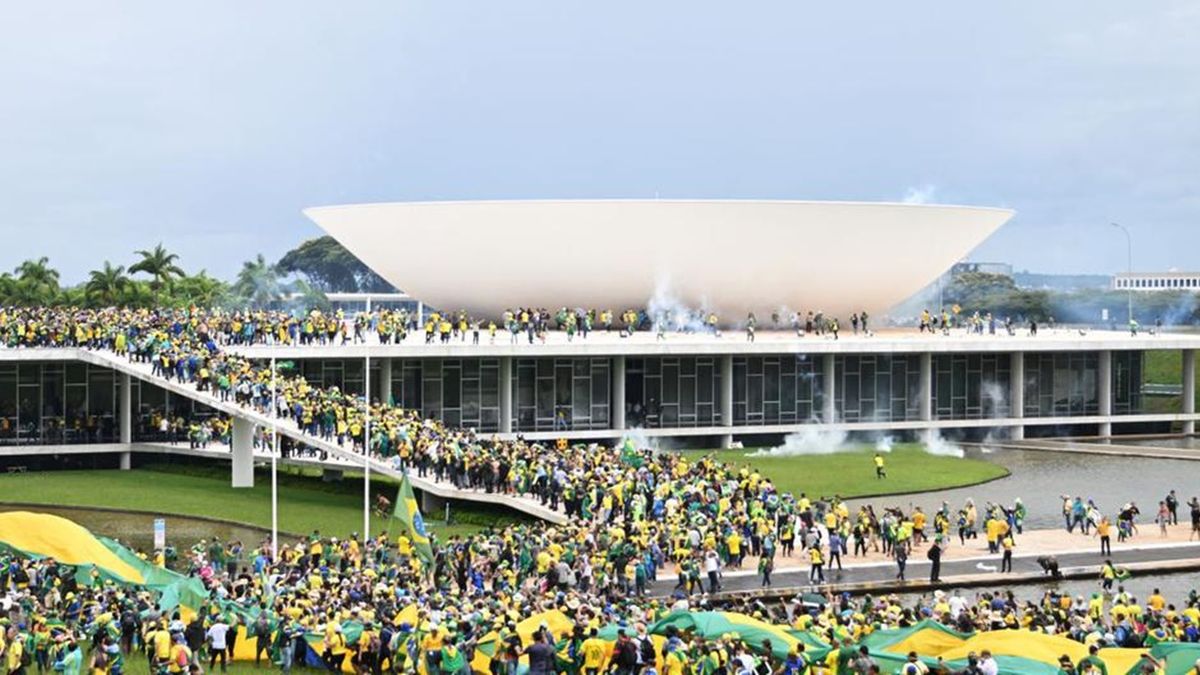 Dino held the Federal District responsible and indicated that the security forces had a “determining” role so that the Bolsonaristas achieve the assault on public buildings. In addition, he assured that there will be a “review” in the police force for his responsibility.

Lula Da Silva, for his part, testified about the facts and pointed out that the invaders of public buildings had no intention of dialogue. “We are not going to allow democracy to escape from our hands,” said the president last night in a meeting with 23 of the 27 governors in Brasilia.

Marches in defense of democracy in Brazil

After the coup attempt carried out by Bolsonarista protesters this Sunday afternoon, civil society, social organizations, popular movements and political parties called to demonstrate in the streets of all of Brazil in defense of democracy. Sao Paulo and Brasilia concentrated a large part of the mobilizations that began at noon and ended late at night.

In São Paulo, the events began at noon, in Largo San Francisco, in front of the USP Law School, with the call of the USP Collective under the slogan “In Defense of Democracy” in the face of “the serious coup events that occurred in Brasilia and other cities in the country.

“People on the street will defend democracy and their social rights”reported the organization, according to the Brasil de Fato website.