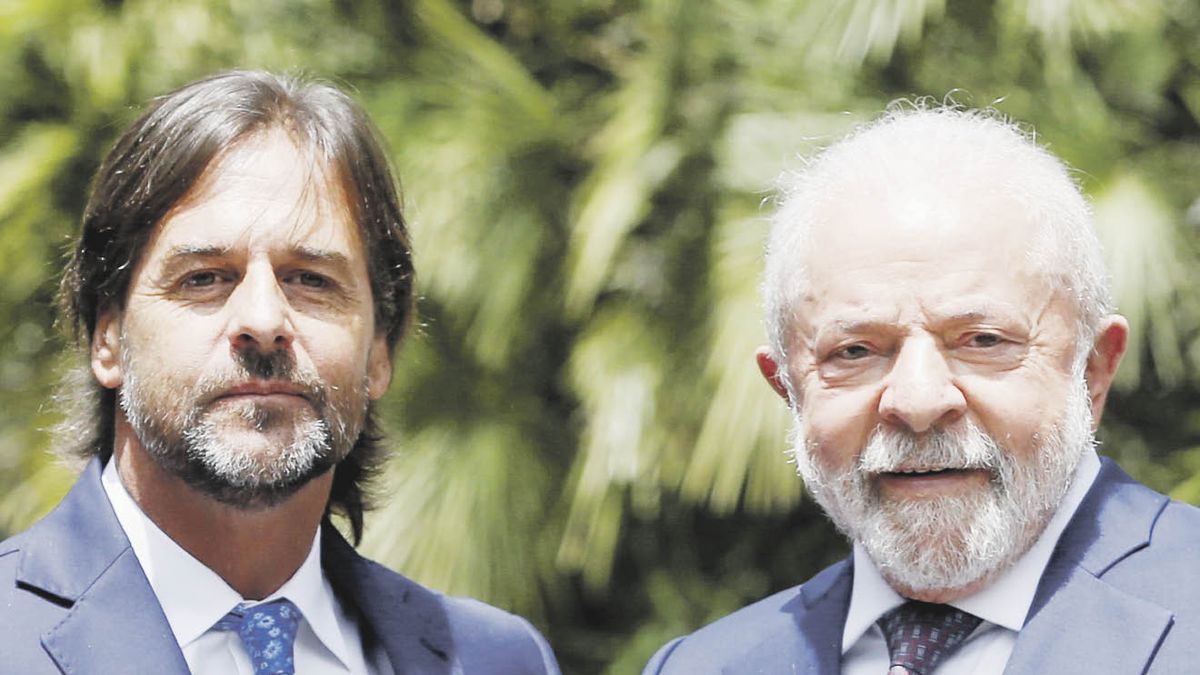 “I have told President Lacalle and I have told my ministers that we are going to intensify the discussions and sign this agreement with the European Union so that we can then discuss a possible agreement between China and Mercosur. I think it is possible”, said Lula together with Lacalle Pou.

According to Brazil and Argentina, an FTA with China like the one that Montevideo is negotiating unilaterally, behind the Mercosur regulations, would wipe out entire sectors of the bloc’s industry.

Lacalle Pou valued these Brazilian proposals. “The vision that you and your team brought has generated me optimism, because if there is something that Uruguay cannot do, it is to stay still,” she told the visitor.

The controversy had erupted on Tuesday in Buenos Aires in the framework of the summit of the Community of Latin American and Caribbean States (Celac).

“We believe that Mercosur must be preserved,” emphasized Celso Amorim, former foreign minister during Lula’s first presidencies and main adviser to the president, in the Argentine capital, a day before disembarking in Montevideo.

The Uruguayan president valued the common projects in terms of infrastructure, but maintained his tough stance regarding the functioning of Mercosur. “We belong to Mercosur and we have that vocation unchanged,” he assured, ruling out the possibility of a break. But he clarified that he was talking about “a modern, flexible Mercosur open to the world.”

“We don’t ‘brigamos’”, he said in “portuñol”. “We do not fight, we simply leave our points of nuance, of difference, to advance, to improve Uruguay and Brazil as members of Mercosur.”

“Perhaps the point where we have the greatest nuances, but I think it is for well-intentioned people to agree, is the need that Uruguay has in this case to open up to the world and to try to do it with all of Mercosur,” he said, referring to the ongoing negotiations with China.

“Uruguay is with its talks, negotiations, it has no impediment in informing Brazil, Argentina, Paraguay, of what it has been negotiating. At the same time we are going to create a technical team with Uruguay, Brazil and surely with the other countries, to see what we really want and need from our relationship with China”.

“If there is a decision by President Lula to move forward with China, we can calmly fold, if they are consistent with the needs of our country,” he explained. “Brazil will surely deepen, initiate other paths, and we will get together and say ‘Uruguay has come this far, we are going to negotiate together’, and Brazil will say ‘this is what we have achieved.’ Uruguay folds”, added the conservative.

Lula arrived accompanied by his wife Rosangela and they were received at the presidential residence by the host president and Vice President Beatriz Argimón.

Brazil, Argentina and Paraguay argue that the bloc’s founding treaty states that any FTA with nations outside of Mercosur requires the approval of all the members of the group, and that breaking this rule jeopardizes the future of the process.