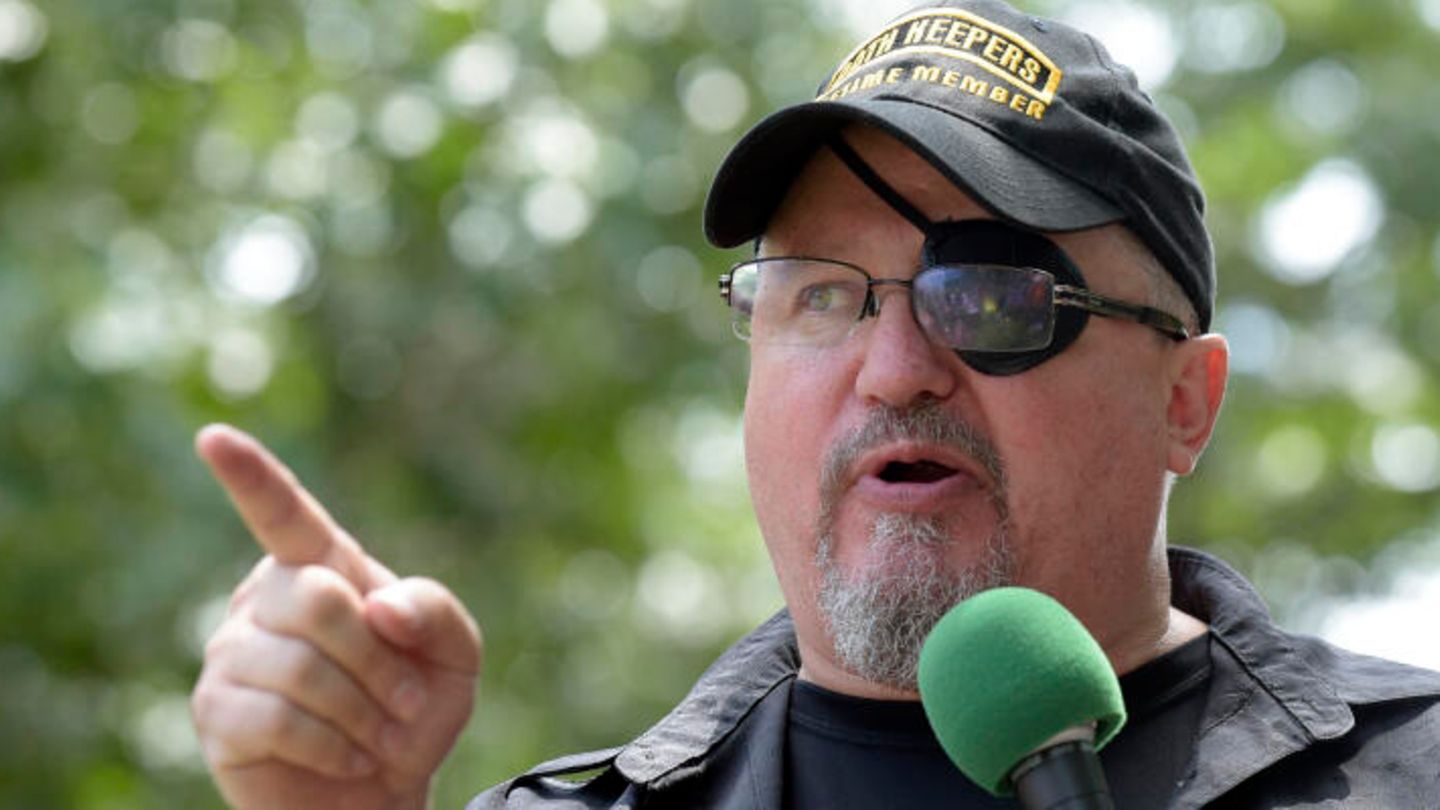 The images of the storming of the Capitol are burned into the national memory of the United States. Almost two years later, the right-wing extremist leader of the “Oath Keepers” has been convicted – using a rare criminal offence.

The leader of the extreme right-wing militia “Oath Keepers” has been sentenced almost two years after the storming of the US Capitol. After several days of deliberation on Tuesday in the US capital Washington, a jury found Stewart Rhodes guilty, among other things, of “seditious conspiracy” – a criminal offense rarely recognized in the country’s judicial history. Rhodes was accused, along with co-defendants, of plotting to use force to prevent the democratic transfer of power after the 2020 presidential election.

Earlier this year, the US Department of Justice filed charges against Rhodes and other participants in the Capitol attack. Among other things, they planned to travel to Washington in January 2021 and organized weapons, paramilitary equipment and training in combat techniques in advance, it said. Several of the defendants had entered the Capitol themselves, while others had taken care of further coordination outside the congressional seat and partly outside the city. The maximum penalty for “seditious conspiracy” is up to 20 years in prison.

The offense of “seditious conspiracy” is not easy to prove. To do this, the prosecution must prove that two or more people conspired to overthrow the US government or to use force to defy its authority. An example of this is the verdict handed down in the 1990s against the mastermind behind the first attack on the World Trade Center in New York in 1993. The last time the Department of Justice indicted Christian fundamentalists from the “Hutaree” group about ten years ago for “seditious conspiracy” on. However, a judge dismissed the lawsuit for lack of evidence.

Rhodes claimed during the trial that he had no plans to attack the US Capitol. In addition to the 57-year-old from the US state of Texas, a leading member of the “Oath Keepers” from Florida has now been found guilty of “seditious conspiracy”.

Three other defendants were not sentenced because of the politically explosive facts – but because of other crimes such as obstructing an official procedure. The sentence for Rhodes and the other convicts will be determined at a later date – a date for this has not yet been set.

Escalation in Washington: The storming of the Capitol in pictures

“The Department of Justice is committed to holding accountable those criminally responsible for the attack on our democracy on January 6, 2021,” Justice Secretary Merrick Garland said after the decision. Rhodes’ lawyers, however, reacted disappointed to the verdict. “We believe we have presented a case which has shown through evidence and testimony that Mr. Rhodes did not commit the crime of ‘seditious conspiracy’,” said one of his attorneys. “No evidence was presented to indicate there was a plan to attack the Capitol.”

Supporters of then President Donald Trump stormed the Houses of Parliament in Washington on January 6, 2021 to prevent Democrat Joe Biden’s November 2020 election victory from being confirmed. Five people were killed in the riots. The attack on the heart of US democracy shook the country. Trump had previously incited his supporters in a speech.