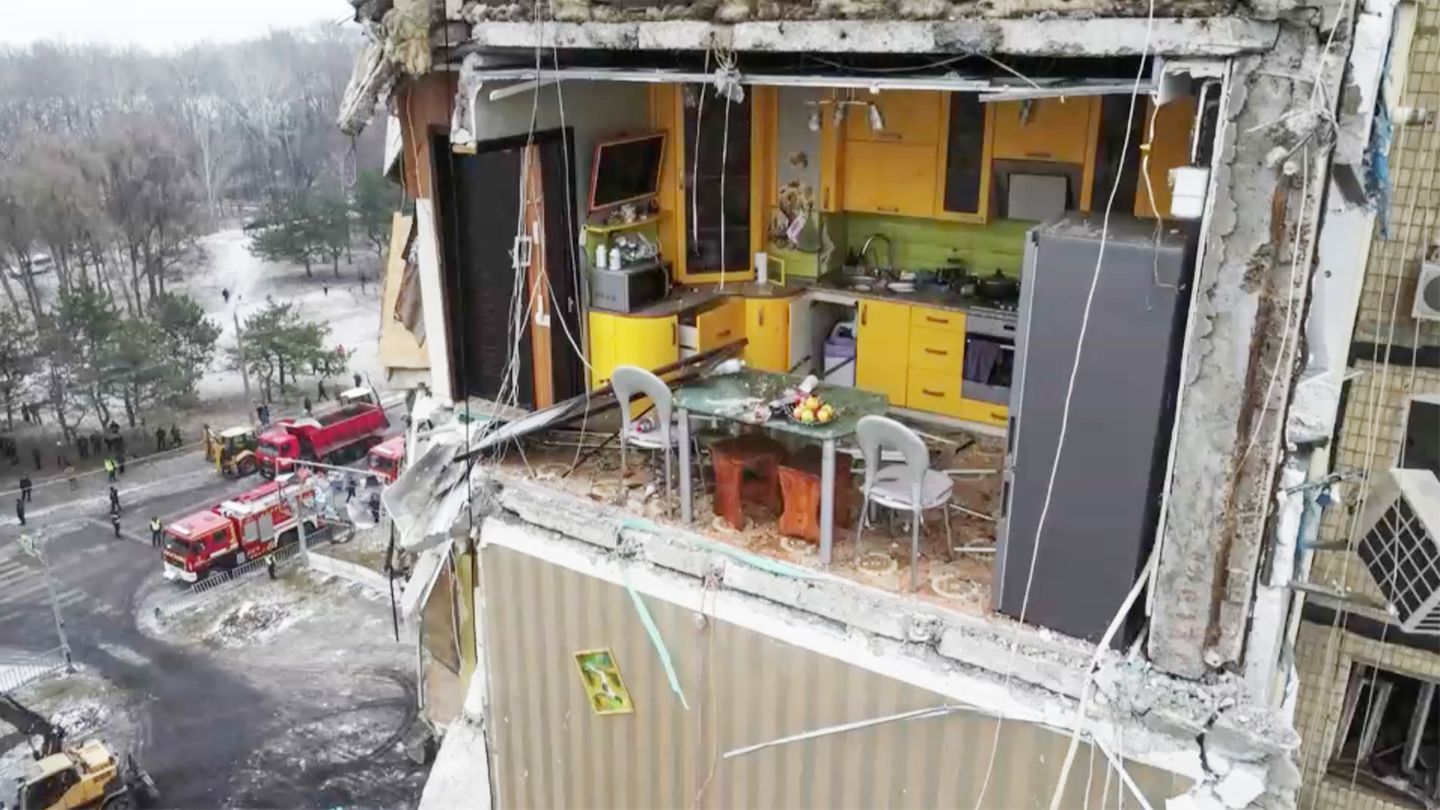 A yellow kitchen becomes a symbol of how suddenly the war in Ukraine turns happiness into horror and pain. At least 45 people were killed in the attack on a house in Dnipro. Including a well-known boxing trainer who leaves behind a wife and children.

After a Russian missile hit a high-rise building in the Ukrainian city of Dnipro, the emergency services are still looking for several missing people. The military governor of the Dnipropetrovsk region, Valentyn Resnichenko, said on Tuesday that 90 percent of the rubble of the house had been removed. There could still be people lying there. 45 dead have been pulled from the rubble so far; around 80 people were injured, including 16 children. In the morning there were still 40 deaths. Six children were among the dead. There are still 28 injured in hospitals, many of whom are in critical condition, it said. A large part of the nine-story skyscraper collapsed on Saturday after a rocket hit. 200 homes were destroyed.

Meanwhile, Russian Defense Minister Sergei Shoigu, according to his agency, visited the combat zone in Ukraine to get an overview of the situation and to award soldiers for their military service. “Do everything to bring the day closer, called Victory Day. I am convinced that we will do everything to ensure that the day comes,” he said. Ukraine expects that after a series of defeats, Russia is currently preparing a new offensive. The attack on Dnipro, in the Dnipropetrovsk region, was the most momentous of several attacks on Saturday. The most violent wave of Russian attacks since the turn of the year was again directed against the Ukrainian energy infrastructure. In addition to Dnipropetrovsk, the region around the capital Kyiv, Lviv in the west and Kharkiv in the east were also badly affected. There were power outages in many places.