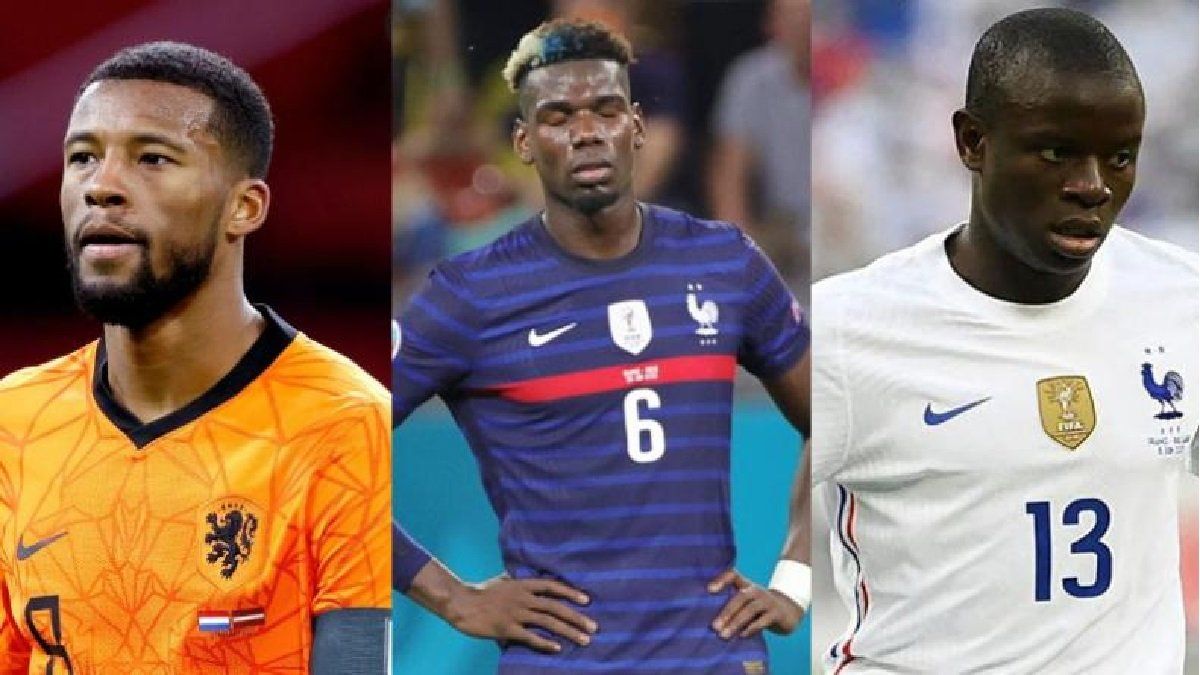 Pogba injured his knee in preseason and underwent surgery in September to repair a damaged meniscus. The 29-year-old returned to training, but on October 31 his agent said the midfielder would not play for Juventus or the world champions again before the World Cup.

The Chelsea midfielder suffered a setback in his rehabilitation from a hamstring injury that has limited him to two appearances this season. He will be four months out after undergoing surgery.

The Aston Villa midfielder suffered a knee ligament injury in September that will keep him out until after the World Cup.

The 26-year-old RB Leipzig striker injured his ankle during a 4-0 Champions League win against Shakhtar Donetsk in early November and will be out for the remainder of 2022.

The 22-year-old right-back injured his knee in Chelsea’s Champions League match against AC Milan in October and looks set to miss the Qatar tournament after being ruled out for eight weeks.

The Liverpool striker will miss the tournament due to a calf injury sustained in the win over Manchester City, but the Premier League club’s manager Jürgen Klopp said he would not need surgery.

The 22-year-old Wolverhampton Wanderers winger will undergo surgery on an ankle injury sustained against West Ham United in October.

The Dutch midfielder will not be able to add another participation in a World Cup as a result of a fracture in the tibia of his right leg, suffered during training with Roma in mid-August.

The midfielder on loan from Liverpool suffered a muscle injury on the eve of a Champions League match against Rangers in October.

The 25-year-old defender suffered a rare shoulder injury at the end of October while playing for SSV Jahn Regensburg in the German second division.

The Sevilla winger suffered a fracture in his left ankle while training with the LaLiga club in August and underwent surgery. The 29-year-old was included in Mexico coach Gerardo Martino’s preliminary 31-man squad, but Sevilla coach Jorge Sampaoli said he would not be able to return to training until December.

The players who are in doubt

On the list of injured footballers who are in doubt to play the world a couple of Argentines appear as Giovani Lo Celso Y paulo dybala. Both left-handers have a strong muscular injury that will prevent them from reaching their debut and doing well throughout the competition, for which Scaloni I might not summon them.

the korean Son Heung Min he fractured his face playing for English side Tottenham on the last day of the Champions League group stage. He will have to undergo surgery and could miss Qatar 2022.

Richarlisonof Brazil, suffered a blow to the left calf and his withdrawal from the stadium in tears. However, despite the fact that a similar injury required two months of recovery in the past, it was confirmed that in principle he will only have to spend two weeks without activity to recover.

the brazilian Lucas Paqueta he didn’t even concentrate for the match against Liverpool and his coach, David Moyes, sounded the alarms before Qatar 2022: “He has a serious injury. At the moment, I’m not sure how long he will keep him out.” Thus, Tité lights all the candles for the soccer player with whom he had in 35 games (23 as a starter) during the World Cup process.

Ronald Araujoof Uruguay, suffered an avulsion in the adductor tendon of his right leg at the end of September and this injury could require him to be out for up to two months. For now, he underwent surgery at the beginning of October and, if he reached Qatar 2022, he would do so with practically no sports activity.