Risk for the baby: how much coffee is safe during pregnancy? 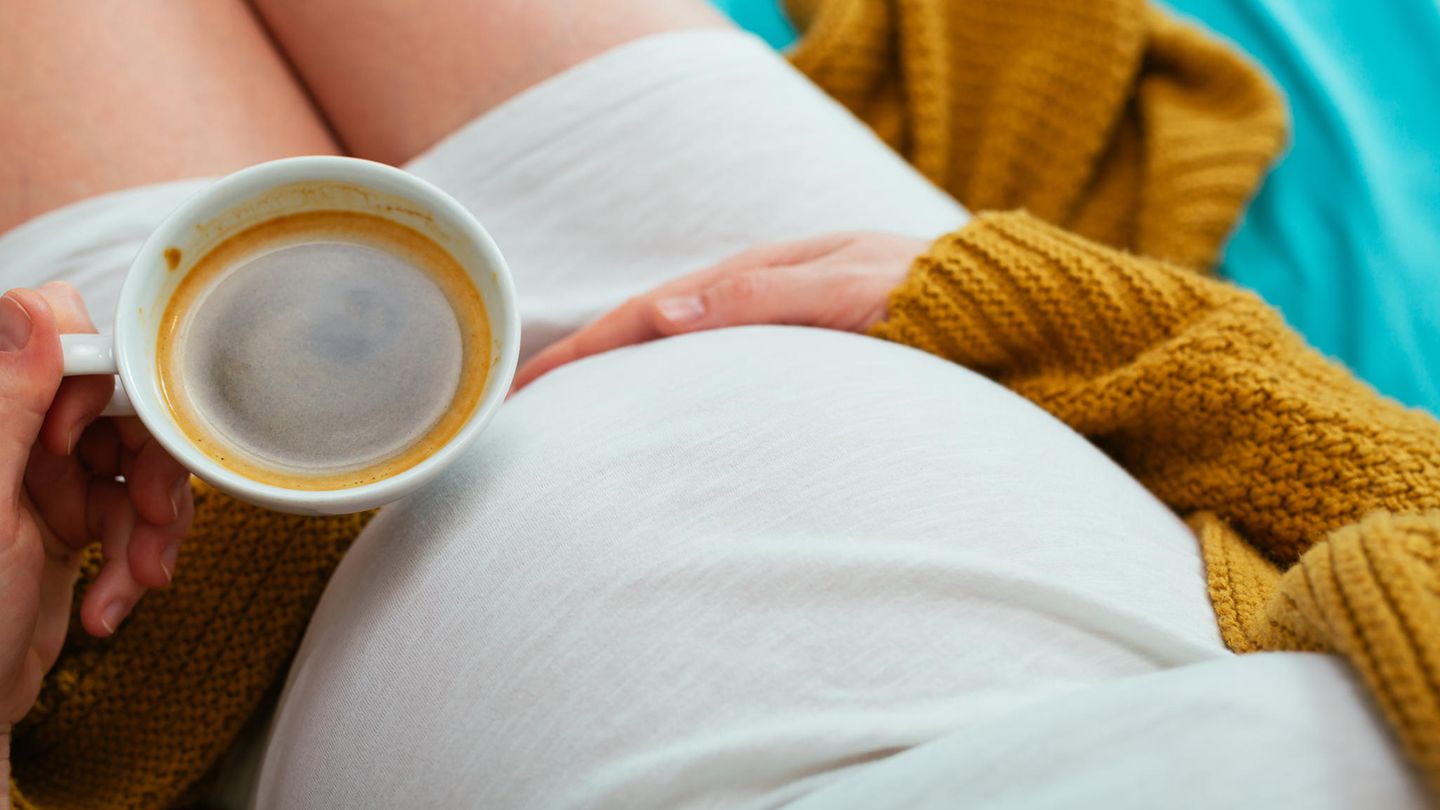 For many, coffee is as much a part of life as brushing your teeth. It is a loyal companion on tired days, a warming energy booster – but a no-go during pregnancy, right? Not necessarily. So much caffeine is okay with a baby in the womb.

Coffee is the companion that many do not want to be without in their everyday lives. Without it you would hardly be able to get out of bed in the morning, it helps you wake up, gives you energy for the tasks ahead, and in the afternoon it provides a boost to get you through the midday slump. But what if a woman no longer drinks alone, but a baby grows in her stomach? Is coffee consumption during pregnancy okay or does the caffeine in it harm the child?

It is well known that caffeine that the mother consumes ends up in the baby sooner or later. It is passed on to the child via the placenta in a comparable concentration – and also has a similar stimulating effect. The caffeine causes restlessness, it wakes you up, raises your blood pressure and accelerates your heartbeat. In addition, the coffee high in the babies lasts longer than in the mother. Because the child’s organism is not trained to deal with caffeine. It lacks enzymes that break down caffeine. But pregnant women also metabolize caffeine more slowly. “It can take up to 18 hours until just half of it is broken down. And the baby in the stomach takes even longer, so the caffeine can accumulate,” explained the head of the Clinic for Gynecology and Obstetrics at the University of Augsburg, Christian Dannecker, the “Apotheken Umschau”.

Caffeine in the baby’s blood

How caffeine works in the child’s body and how it influences its development, according to Oekotest, is not yet scientifically clear. Although the data on this is sparse and sometimes contradictory, there are indications from studies that higher coffee consumption could be associated with an increased risk of miscarriage, but later obesity or hyperactivity in the child can also be promoted by too much caffeine. “With very high amounts of caffeine daily, i.e. 600 milligrams and more, we can clearly say that it is not healthy for the baby,” said Dannecker.

However, this does not mean that expectant mothers have to completely forgo coffee during pregnancy. As so often, quantity is the key here. Less is more, but about three cups of filter coffee a day is fine, says the European Food Safety Authority (EFSA). More precisely: 200 milligrams of caffeine per day are therefore considered harmless. Mothers should also follow this guideline when breastfeeding. Caffeine is also passed on through breast milk. According to the Professional Association of Children and Adolescent Doctors, a baby needs more than three days to break down the caffeine it has taken in – “this can lead to restlessness, abdominal pain and flatulence in the infant”. Coffee is one thing, energy drinks a completely different number. In the latter, among other things, the caffeine content is even higher, which is why pregnant women should avoid it. A corresponding warning can also be found on the cans.

By the way: According to the EFSA, adults who are not carrying a child should also enjoy coffee in moderation. The rule of thumb for them is: A dose of around 400 milligrams of coffee per day is harmless for a healthy adult, the amount of 200 milligrams of caffeine should not be exceeded in a single dose in order to avoid side effects such as nervousness and tachycardia. However, a research team from the “British Heart Foundation” contradicts this. Based on a study with more than 8000 participants, the scientists found that it makes no difference at all whether you drink one cup or 25 cups of coffee a day.