Corona situation: Lauterbach and Wieler optimistic that the omicron wave will break 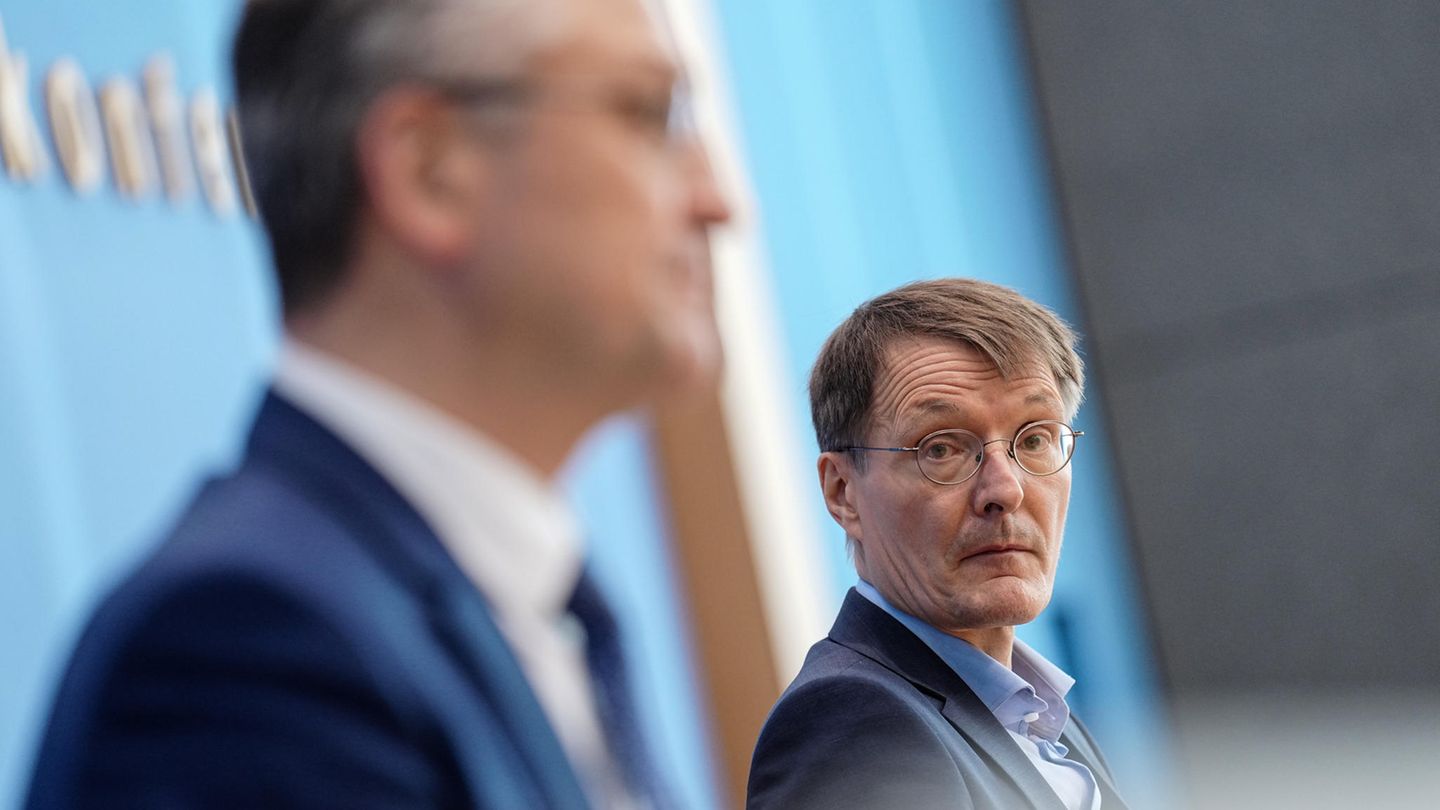 Health Minister Karl Lauterbach (SPD) and RKI President Lothar Wieler spoke at the federal press conference about the fight against the corona pandemic in Germany. Despite the current situation, they are optimistic.

Federal Health Minister Karl Lauterbach (SPD) was cautiously optimistic about the corona situation in Germany. “We currently have the omicron wave in Germany well under control,” said Lauterbach on Friday in Berlin at a joint press conference with the President of the Robert Koch Institute (RKI), Lothar Wieler. The pandemic wave itself cannot be controlled, but the consequences: The aim is to get through the wave “with as few serious courses and deaths as possible.”

Lauterbach primarily calls on older people to be vaccinated

Germany has a particularly large number of unvaccinated people among the elderly, explained Lauterbach. This group needs special protection. “It’s no small thing,” emphasized the minister, even if an infection with the omicron variant is often easier. It must be expected that many unvaccinated older people would have to go to the intensive care unit because of Covid-19 and could also die.

So far, however, it has been possible to protect the elderly well, Lauterbach continued: The incidence in this vulnerable group is between 200 and 300 and thus significantly lower than in the younger population. He often reads that politics lost control in this wave, said Lauterbach. “That’s not the case.”

He called on the older ones in particular to get boosters. Even with the currently available vaccines, the risk of dying from corona falls by 99 percent after a booster compared to unvaccinated people. A “severe relapse” in the fall should be averted by introducing compulsory vaccination, explained Lauterbach. The vaccination gap among the elderly will not close by itself.

The minister announced proposals for new regulations for the coming week, including tests and the tracing of contact persons. There was still close coordination with the federal states

RKI boss Wieler: “We are heading for the peak of the pandemic”

In view of the high number of corona cases caused by the omicron variant, the President of the Robert Koch Institute, Lothar Wieler, continues to urge caution. It is still unclear how Omikron will affect the older, unvaccinated population in particular in the coming weeks, said Wieler on Friday in Berlin.

“The number of cases continues to rise massively, but in fact they are not increasing as much as would be possible under Omicron,” explained the RKI boss. This is also due to the fact that “the vast majority of people responsibly” adhered to the pandemic rules. “We actually gain time with every day that many more people can be vaccinated and also take a booster vaccination,” said Wieler. This also reduces the number of serious illnesses. “That’s exactly the important and right goal.”

Nevertheless, it should not be forgotten that Germany is “heading for a peak” in the pandemic. In the past seven days, around 890,000 people had been infected with the corona virus, which corresponds to one percent of the population, explained Wieler. Every third PCR test was positive. “I already said that with Omikron we are entering a new phase of the pandemic.”

In this phase, the pure number of cases is no longer the decisive criterion, emphasized Wieler. “We now have to look primarily at the burden of the disease and the severity of the disease.” Because the goal remains “to reduce severe courses and to maintain the ability of clinics to work, but of course also of other critical infrastructures”. The number of people who have to be treated in hospital because of omicron is also increasing again. Against this background, Wieler appealed again to the population to continue to adhere to the rules of distance and hygiene and to be vaccinated. “Vaccination is the surest route to immunity.”

Intensive care physician Christian Karagiannidis now sees a clear “omicron effect” in the intensive care units. Although the hospitalization rate is currently still “acceptable”, the high incidences are now also increasingly evident in hospitals, said the scientific director of the Divi intensive care register on Friday in Berlin. For about seven to ten days, there has been a “sideways movement in new admissions, towards a trend that is now slightly up again”.

Karagiannidis said the most important questions to ask are what is the burden of the disease with the omicron variant, what is the main diagnosis that is bringing the patient to the hospital and “how many of them really have a respiratory problem, so pneumonia?” The expert referred to the so-called syndromic monitoring of the Robert Koch Institute (RKI), through which one knows how many patients with respiratory diseases one has. The proportion of those who are ventilated is extremely high. The proportion of those who do not need to be ventilated is currently 20 percent, explained Karagiannidis.

The intensive care doctor also warned: “We should not forget that Covid is not just a lung disease, but a systemic disease that affects the vessels in particular.” In the near future you have to pay very close attention to the proportion of those who do not need respiratory support. Karagiannidis warned that one must prepare as best as possible for the coming winter. “I’m more afraid of the coming winter than this one.” But he was “in good spirits” that this would succeed with Federal Minister of Health Karl Lauterbach (SPD) and RKI boss Lothar Wieler.