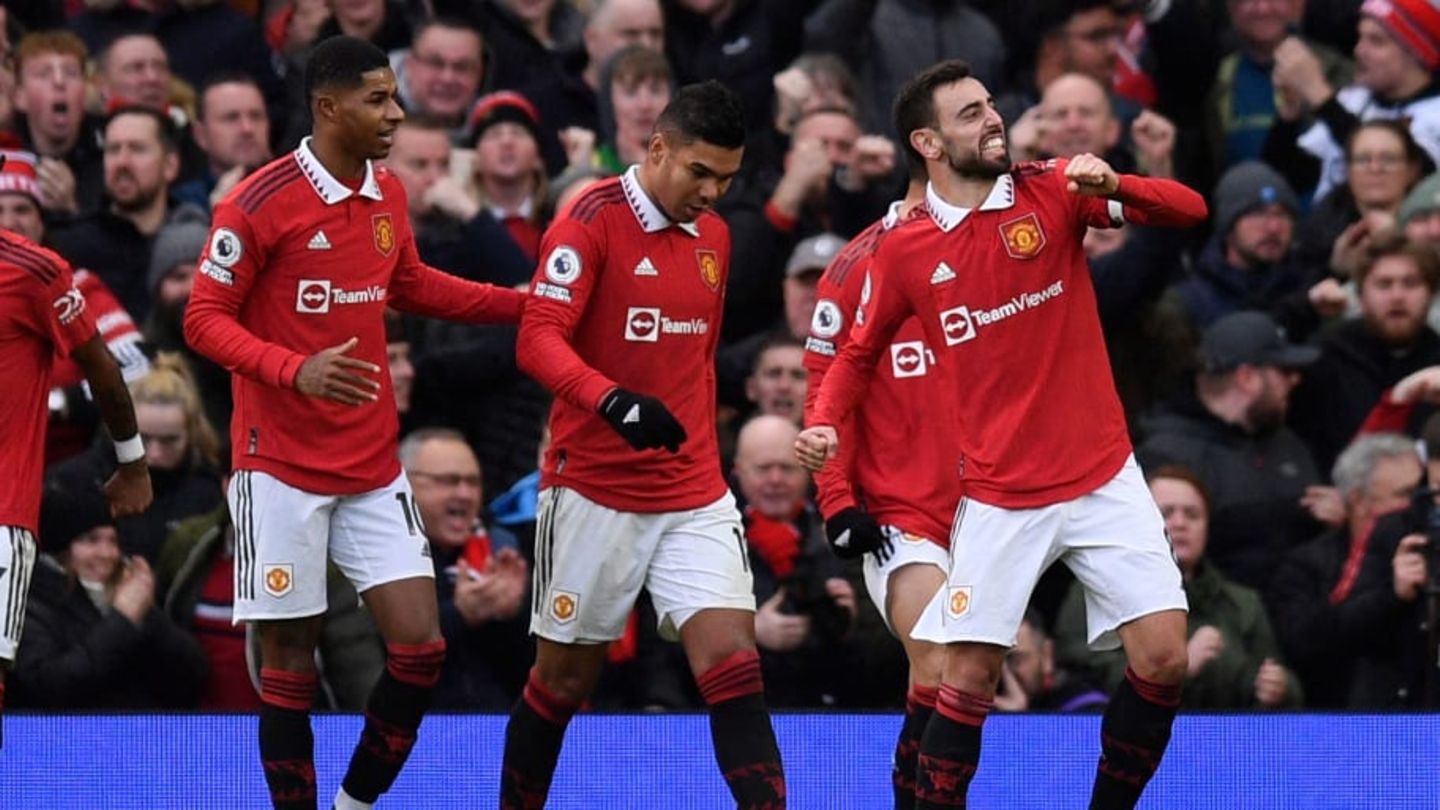 Manchester United turns the game in the derby against Manchester City and wins 2-1. Grealish, Fernandes and Rashford scored the goals.

Marcus Rashford is the man of the hour. The England international was able to continue his streak against Manchester City and has now scored in the eighth game in a row. The Sky Blues, on the other hand, are losing sight of leaders Arsenal after losing their lead in the final minutes of the Manchester derby.

Erik ten Hag has turned Manchester United inside out. While the Red Devils were still fighting for a place in the Europa League last season, United are attacking at the top again this season. On Saturday, ten Hag’s team beat Manchester City to climb into third place in the Premier League.

For United, Bruno Fernandes equalized in the 78th minute after substitute Jack put Grealish City ahead on the hour. Four minutes after Fernandes equalised, Rashford stabbed again and turned the game completely on its head.

United made it 2-1 over the goal and are now within a point of City. Pep Guardiola’s side suffered their third defeat of the Premier League season and are now five points behind Arsenal by one game.