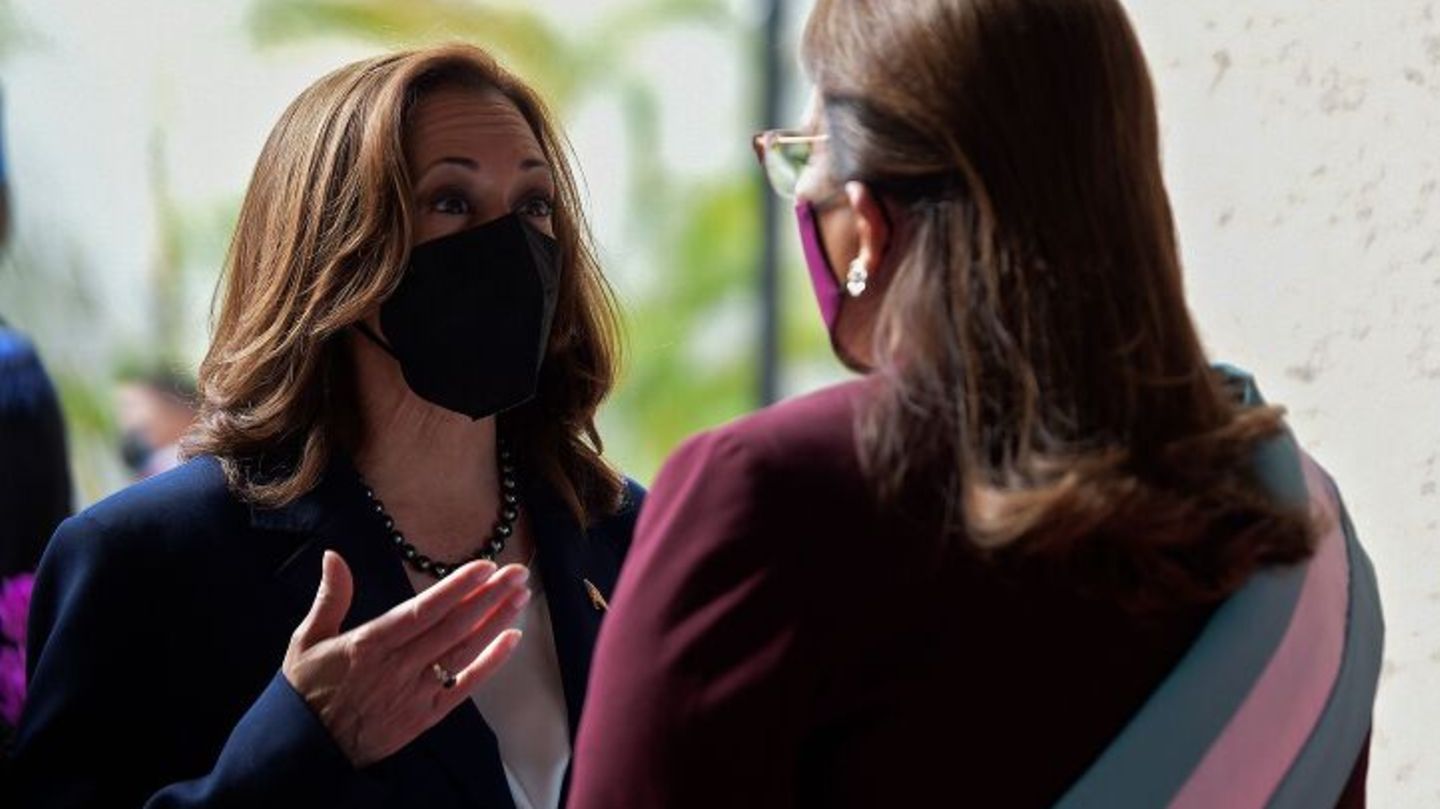 It was a remarkable scene that unfolded in Honduras’ capital Tegucigalpa on Thursday. The first female vice president of the United States, Kamala Harris, strolled through the presidential palace in animated exchange with the first female president in the history of Honduras, Xiomara Castro.

Harris’ second trip to Central America is more than just a show of support. The White House hopes Castro will be a key ally in the fight against the poverty and corruption that drive thousands of people to America’s southern border every month. In the past year alone, US border protection reported more than 300,000 people from Honduras crossing the border, the second-largest group after Mexico.

In her first speech as head of state, the left-wing politician promised to reform Honduras into a “socialist and democratic state”. “We must uproot the corruption of the last 12 years of dictatorship,” said 62-year-old Castro after welcoming the presence of the US vice president. In addition to Harris, the Spanish King Felipe VI also took part. and Taiwan’s Vice President William Lai attended the swearing-in ceremony attended by around 29,000 people. “We have the right to reflect on civic values ​​and not on usury,” Castro told her supporters.

A day of hope, it seems, in a country where many have long since lost it.

Around 70 percent of the people in Honduras live in poverty. The corona pandemic has exacerbated the already bad economic situation and pushed up the number of unemployed. In addition, the country is plagued by massive corruption and drug-related crime. Honduras ranks 157th out of 180 countries. Even outgoing President Juan Orlando Hernández is suspected of being involved in smuggling cocaine into the United States. In view of the difficult living conditions, more and more people see no other way out than to make their way to the USA in the hope of a better future.

Xiomara Castro wants to get all this under control. During the election campaign, the strictly Catholic politician made a lot of promises to the centre-left party Libre (“Freedom”): to take consistent action against crime and corruption and to enable citizens to participate more and be more transparent. In her inauguration speech, she renewed the promise and announced that reforms would be introduced quickly. Not only because of this, Castor’s election victory is a historic turning point for many, but also because of their personal history.

Castor is the wife of ex-President Manuel Zelaya – who won the 2005 election as a Liberal Party candidate and left Honduras. But four years later, the right-wing conservative elite staged a coup against him, and the National Party has been in government ever since. The total debt of the state now amounts to around 15.5 billion dollars – which corresponds to almost 60 percent of the gross domestic product. “Honduras has been off the surface for 12 years. I inherit a bankrupt country. The people need to know where the money has gone. Where are the millions of dollars that were borrowed?” Castro called out to a cheering crowd as she was sworn in.

After the official ceremonies, newly sworn President Castro held bilateral talks with US Vice President Harris and her delegation, who had traveled from Washington. The US vice president then told reporters that she was optimistic that the partnership would help improve conditions in the region and discourage northward migration. “I was struck by the passion with which she [Castro] talked about their priority in exposing and fighting corruption,” Harris said.

The partnership with Honduras’ new president could play a key role in the Biden administration’s migration policy. The complex issue is high on the US Vice President’s agenda. Since taking office a year ago, Harris has been looking for allies in the region – so far with limited success. In both El Salvador and Guatemala, where Harris only visited in June, the governments themselves are suspected of corruption and are challenging the influence of the Biden government. The hopes in Washington that they have finally found a reliable partner in Castro are all the greater.

As a sign of support, the United States wants to give Honduras more support in the fight against the corona pandemic. As Harris’ office announced on Thursday, “several hundred thousand additional doses” of corona vaccine and 500,000 medical syringes are to be delivered to the Central American country over the next two months. In addition, the Biden government wants to sponsor 1.35 million US dollars for the renovation of educational and health facilities in Honduras.

China could put new partnership to the test

But there is also potential for conflict in the new partnership. Over the past decade, China has massively expanded its economic and political ties in Latin America, becoming a leading trading partner and lender to many countries in the region. Beijing’s growing influence on its own doorstep is a thorn in Washington’s side. Castro’s announcement during the election campaign that he would “immediately establish diplomatic and commercial relations with the Chinese mainland” if he won the election was viewed with unease.

As Taiwan’s protecting power, the United States has a special interest in how the new head of government positions itself with regard to China in the future. So far, Honduras is one of the last 14 countries to officially recognize Taiwan as a state. Beijing, on the other hand, sees Taiwan as a breakaway province that should be reunited with the mainland by force if necessary.

The newly sealed relations with the Biden government could soon be put to the test.

Rampage: US Senator after school massacre: "Why are we here?"

"Putin uses hunger as an instrument of power"